While the game is both quirky and Japanese, it simply isn't compelling or challenging enough to really engage its target audience of hard-core rhythm gamers.

In an attempt to appeal to a niche market of hard-core gamers, Eidos Interactive recently formed Fresh Games, a label with the sole purpose of bringing quirky Japanese titles to the US. Mad Maestro! is one of the first games released under the Fresh Games label, and while the game is both quirky and Japanese, it simply isn't compelling or challenging enough to really engage its target audience of hard-core rhythm gamers.

No Japanese rhythm game would be complete without a frivolous, slightly insane storyline to motivate the characters, and Mad Maestro! upholds this tradition. In a bid to help modernize their city, the people of Bravo Town have decided to tear down the old concert hall, which, unbeknownst to the people of Bravo Town, is also the home for a cute little fairy named Symphony. Symphony enlists the help of a young conductor named Takt and his youth orchestra, and they set out on Bravo Town, helping residents in strife in hopes of getting people to help keep the concert hall standing.

Taking on the role of Takt, it's your job to conduct your ragtag orchestra and control the pace and the volume of the music. You keep the beat by pressing any one of the face buttons in time with the music, and the volume of the music is dictated by how hard you press on the controller's face buttons. It's an interesting use of the analog buttons on the Dual Shock 2, but since the gameplay consists almost entirely of pressing the same button over and over again, Mad Maestro! can become rather monotonous.

While the gameplay is at least a little interesting, the graphics in Mad Maestro! fail to impress. The game's color palette is bright and colorful, but most of the characters and backgrounds are very simply constructed, and sometimes they're downright blocky. Fortunately, the gameplay keeps your attention tightly focused on the tempo navigator in the middle of the screen, so you'll rarely have time to nitpick about the rather first-generation-looking graphics. The background action will occasionally distract from the gameplay, as Takt's glowing conductor's wand looks almost identical to the glowing cue ball that you use to follow the tempo of the music, and it can occasionally be difficult to differentiate between the two.

Mad Maestro! is the first rhythm game to venture into the realm of classical music, and the game handles it pretty well. Much of the music is a bit obscure for the average gamer, though everyone will recognize some of the staple songs included, such as Wagner's "Flight of the Valkyries," various pieces from Tchaikovsky's ballets Swan Lake and The Nutcracker, and the overture to Rossini's opera William Tell. The music is marred somewhat by the constant voice cues letting you know how well you're playing and by the unnatural shifts in volume between the three different volume levels. Still, it's pretty good stuff, and there's a good number of songs included in the game. It seems unlikely, though, that Mad Maestro! will convert any gamer into a fan of classical music.

Mad Maestro! is the first attempt by Eidos to release a rhythm game in the US, and while it's a bold choice, the company certainly could've picked a better game to pick up. Though classical music aficionados may get a kick out of getting to conduct some of their favorite pieces, the gameplay will likely be too simplistic or boring for rhythm junkies and average gamers. 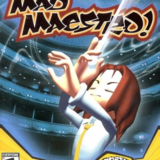 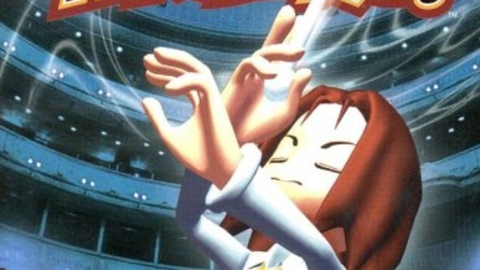 While the game is both quirky and Japanese, it simply isn't compelling or challenging enough to really engage its target audience of hard-core rhythm gamers.