Lumines Supernova is well priced and brimming with great content, but the lack of online multiplayer is unfortunate.

Like the Xbox Live Arcade version of Lumines Live before it, the PlayStation Network release of Lumines Supernova proves that the franchise's vibrant graphical style and uncomplicated gameplay translate magnificently to high-definition. What makes this PlayStation Network-exclusive such an improvement over its predecessor is what you get for your money. Whereas the limited Live Arcade offerings were overpriced, the huge amount of content in Supernova will sate your single-player puzzle-lust many times over. The meager multiplayer options, however, will have veterans with a portable alternative questioning the worth of a game they've ostensibly already played.

The mechanics of Lumines Supernova are wonderfully simple: By rotating and dropping an unlimited flow of bicolored blocks, which are made up of a smaller set of 2-by-2 squares, you'll try to make colored rectangles across a 16-by-10 grid. After you've combined a number of same-color squares to form larger shapes, the windshield-wiper-style time line washes across the screen and erases them. The game ends when the blocks reach the top of the grid, and points are awarded according to the size and number of blocks that are cleared from your created columns. As a perk, you'll periodically be offered a special bonus block that clears away all adjacent and linked blocks of the same color, leaving the leftovers to fall into place to create more combos. The concept is easy to get a grip on thanks to the helpful text tips and video tutorials, but the challenge of developing strategies on the fly is one of the game's biggest hooks. Realizing that you've got a good opening to drop your next sequence of squares into is immensely satisfying, and it feels great to watch your score leap as you wipe out a messy set of highly stacked blocks or clear the screen entirely. Perfecting your placement of the randomly generated blocks and chaining points together make for an experience that's every bit as addictive as the original Tetris.

Though the engrossing gameplay is the biggest strength of Lumines, the music isn't to be ignored. The tunes are groovy and enjoyable, and the crystal-clear audio sounds fantastic through speakers and headphones. The clever blend of catchy electronica, rock, and orchestral music integrates with gameplay so brilliantly that it will probably take you a moment to realize that your dropping, rotating, and combo-building are influencing the cadenced sounds. The repeated bass drum that accompanies your rapid-fire spinning or the vocals that synchronously hum when you zip a block from one side of the grid to the other give Lumines the feel of a rhythm game on top of its already endearing puzzle gameplay. Because you have a direct effect on the tunes, you'll find yourself completely engrossed by the game as you stack your score and toe tap to the flow of the music.

Don't be surprised to see that hours have slipped away unnoticed after a session of Supernova. The levels, known as skins, last only as long as the song that plays behind them, so each stage is fast-paced as well as absorbing, and getting sucked in within the first few minutes is incredibly easy. One of the best things about the game is that the eclectic mix of backgrounds, blocks, sound effects, and music give it artistic diversity. As you play through the Challenge mode, each skin features new music to accompany the newly colored and crisp-looking cubes that drop from the top, so there's a fresh look and sound to the constantly changing atmosphere. Whether you play the regular game on the basic mode or the advanced mode depends on how you want to be challenged; skins on the advanced mode have trickier combinations of faster-falling blocks and a slower-moving time line, while skins on the basic mode have a more consistent speed with less-dramatic changes. Though the level progression is linear, the rate at which blocks fall and the time line sweeps aren't directly proportional to your progress, so each stage feels fresh rather than increasingly frantic. And if you don't wish to hear the same set of starting songs in Challenge mode again, completing levels unlocks new skins to choose from in the skin edit mode. Here, you can create and save customized playlists from your extensive list of earned levels, so you can play your favorite stages over and over again.

If you're looking for smaller chunks of fun, both the Mission mode and the Puzzle mode offer a less time-intensive alternative. Mission goals include clearing stacks of preset blocks in a set number of turns, while Puzzle mode will have you creating shapes, such as arrows or animals, out of the vibrant squares. Some of the more elaborate creations, like flowers or fruit, prove to be a quick, gratifying challenge. Sadly, the puzzles aren't new. Most of them are copied from the first Lumines, so experienced players will be let down by a chunk of content that they have little reason to revisit. Both of these brain-teaser game variants are fun alternatives to chasing high scores for hours on end. Time Attack mode returns, and it makes the most out of speedy sessions. Game times as short as 60 seconds or as long as 10 minutes, with plenty of options in between, let you squeeze in a few rounds if you're budgeting time.

Further adding to the package is the new Dig Down game. Burrowing down into the high and wide stacks of squares to reach lower levels is a completely new way to play Lumines, and the leaderboard high scores are a good incentive to make you push for the best possible time. While not as enjoyable as the standard game, Dig Down is a tense new way to play an already awesome game. Another excellent addition is the revamped Sequencer tool. Its debut in Lumines II was a disappointment because of the limited options, but the tool's expansion in Supernova is an amusing way to unleash your inner mix master. With just a few simple button presses, you can drop drum beats under a bass loop and add special effects to create a groovy tune of your own in just a few minutes. Once you've concocted the perfect jam, you're able to play it in the background of a skin. The sound effects that buzz and chime to your movements don't seem to fit the premade rhythms of the sequencer, but it's an extra way to sample your song aside from pressing the play button. This is a great toy for music nuts looking to go a bit beyond the gameplay, and it's a subtle way to introduce puzzle players to making music. It's sad that there's no way to share this user-created content with other players.

There's a substantial amount of single-player content to sink into, but there's just one multiplayer mode in Supernova. The one-on-one Versus mode requires that you bust out big combos to push a vertical border toward your opponent's end of a shared screen. This limits your opponent's drop space while expanding your own. The neglect of network multiplayer in Supernova is inexcusable, especially since Lumines Live included it on the Xbox 360 two years prior to this release. While an online component isn't core to enjoying the game, its absence is a shame, especially since the Versus CPU mode, along with its traditionally awesome sci-fi and historically themed skins, has been cut as well.

Despite being the seventh release since the franchise's 2005 debut, Lumines Supernova retains the brilliantly charming gameplay that can turn puzzle junkies and newcomers alike into addicted insomniacs. The refreshing skins and songs are excellent, and with so many ways to play, there's practically limitless replay value here. In spite of the crummy competitive options, your $15 investment goes a long way toward a brimming batch of addictive gameplay that's tied to one of the most irresistible audiovisual experiences on the PlayStation 3. 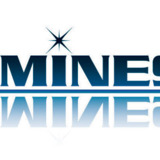