Lucky's Tale does middle-of-the-road perfectly, never veering too far from the familiar, delivering exactly what we've come to expect from mascot platforming games over the past 20 years. The bright-eyed star, Lucky, bears the hallmarks of a cartoon icon. The enemies and obstacles he crosses recall genre classics like Super Mario 64 and Spyro the Dragon: cute, colorful, and brimming with charm. The familiar elements in Lucky's Tale aren't a reason to write it off, but they don't do the game any favors either, making it feel more like a trip down memory lane than an exciting journey into unknown territory. Lucky's Tale comes bundled with every Oculus Rift, and it's a good first step into VR, but that doesn't automatically make it a noteworthy game.

Your mission in Lucky's Tale is as basic as they come: rescue your kidnapped friend--a living piggy bank--from the clutches of a greedy villain. The path to your nemesis' den is 14 levels long, and each stage is a series of platforms and pitfalls to overcome while avoiding or attacking wandering enemies, either by jumping on their heads or hitting them with your tail. You occasionally go underground via molehills to navigate brief, 2D obstacle courses to progress further into a stage, or, for optional chances to raise your score by collecting coins and gems. There are also a couple of boss fights thrown in, but they--apart from the final boss--are too ordinary to appreciate. The same could be said for the majority of Lucky's two-hour tale.

At least Rift freshens up the familiar gameplay to a degree. As a VR game, it doesn't go the distance to wow you with the technology's potential, but the little things it adds to the third-person experience help keep you engaged. Lean in close to Lucky and he'll greet you with a smile and a wave. When he runs through tight spaces, it feels as though space is shrinking around you, too. VR grants you a sense of intimacy with Lucky, and presence in his world, but the camera can be a hindrance if you miss a jump or an item and want to backtrack; its scripted movement isn't well-suited for retreading old ground, unfortunately, failing to reorient itself properly or quickly enough to support your explorative whims.

Indeed, being in VR makes the game's levels feel slightly more interesting than they would otherwise, but it's not enough to distract you from their faults: they're rarely challenging and conclude far too fast. There are some obstacles which call for precise timing and jumping, but it's rare that you come across something that forces you to stop and consider your approach for more than a second or two. It's to the game's credit that it controls so well, that you can feel confident about leaping to and fro, but it's disappointing that your skills are never truly put to the test. Coupled with the its benign art style, the simple design of Lucky's Tale makes it feel like a safe, calculated effort, rather than a creative achievement.

Lucky's Tale goes the extra mile to familiarize you with its world, however, by forcing you to replay levels on multiple occasions. Every completed stage yields a medal, which unlocks future stages. In order to earn enough medals to access some areas, you have to replay old levels in a race against time, or in a hunt for scattered collectibles. Regardless of whether or not these alternate objectives make previous levels feel new again--they don't--they're an obvious attempt to artificially pad out the length of Lucky's Tale. Consequently, this prescribed repetition gets in the way of your attempts to make steady progress, stoking ire in the process. If you were already put off by Lucky's riskless design, this unfortunate level structure may be reason enough to walk away from the game entirely.

Lucky's Tale seems like it would be a good fit for someone who doesn't normally play games and has mild curiosity in VR. Experienced players will certainly appreciate the great controls, but that's it. It's hard to get upset about a game that's technically free, but it's worth acknowledging that Lucky's Tale is too basic to get excited about, and not inventive enough to communicate the potential of VR.

View Comments (187)
Back To Top
5
Mediocre
About GameSpot Reviews 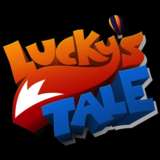 Peter is well-versed in 3D platformers, and the two hours it took him to beat Lucky's tale felt like a walk down memory lane. Oculus provided GameSpot with access to Lucky's Tale for the purpose of this review. 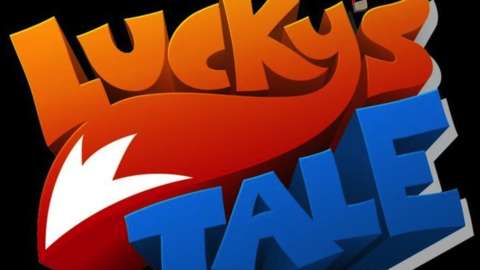 Lucky's Tale is a third-person platforming adventure game exclusively for the Oculus Rift.