LostWinds is brimming with potential, but the result leaves a lot to be desired.

One of the launch titles for Nintendo's new WiiWare downloadable games service, LostWinds is overflowing with unrealized potential. This is one of the relatively few games on the Wii that make legitimate use of the Wii Remote, striving to take the puzzle platforming genre to places previously unseen. Dishearteningly, it falls short of the lofty heights it could have reached. The sometimes sloppy controls and occasional camera glitches are the first evidence that something is not quite right here, but it's the sleepy presentation and all-too-easy puzzles that ultimately doom LostWinds. Frontier Developments should be applauded for bringing something truly unique to the Wii, showing how motion controls can fundamentally change how a genre is played, but LostWinds just isn't a good enough game to make people take notice.

The story of LostWinds is one every person can relate to: boy meets wind deity, deity gives boy special powers, boy and deity save village from evil monsters. Once the roles are established, you'll spend the rest of the game searching for new abilities and hidden memory chests with only brief interruptions from distressed citizens to warn you of the impending darkness poised to envelop their little town. Like much of this game, these interactions lack personality. The characters are stylistically familiar to anyone who has played Okami, but they lack the quirkiness that made that game so memorable.

Visually, LostWinds seems like it's geared toward inducing sleep in people suffering from insomnia. The opening scene will have you believing that you're in for a treat with delicate colors and expressive backgrounds, but that idea quickly blackens as you trudge through the murky depths of the town's underground mines. Beautiful green hills and vibrant cherry blossoms fade away, replaced by a suffocating cavern of dreary blue rock. It's a shame that half of this three-hour adventure takes place in the dank underbelly of this fantastic little village. This is another sharp contrast to the Okami vibe that LostWinds projects: Instead of bringing life to a dying land, you're spending time in ugly locales with no visual reward waiting for you. Combine this with the dreamy woodwind soundtrack accompanying your every move, and you have a game that simply lacks any semblance of energy.

Just like the other aspects of LostWinds, the gameplay mechanics at first seem like they are going to push the genre forward, but they fall short before any progress is made. You control both characters at the same time. You move the boy Toku with the Nunchuk, but without his omnipotent friend, he is quite useless. He cannot jump to great heights or attack his dark foes, but he can crawl up small ledges and make modest horizontal leaps. It's the Wii Remote, which controls the wind god Enril, that adds a dose of ingenuity to the mix. Most of the navigation and all of the puzzle solving are accomplished using fantastical wind powers. Instead of hitting a button to jump, you hold down the A button and gesture in the direction you wish to travel. As you progress further in the game, you'll unlock even more abilities. You'll be able to blow on fire to solve puzzles, levitate objects in air, or, using Toku's fancy cape, blow the boy up to previously unreachable heights.

The problem with controlling a powerful force of nature is that wind doesn't have a fine touch. Objects not bolted to the ground tend to blow around the environment like dandelions, which makes precise maneuvers something of a chore. Instead of the challenge coming from brain-scratching puzzles, most of it lies in trying to balance heavy rocks on tiny platforms. And the motion controls do not always register. Using the vortex command to make objects hover in air is unpredictable--sometimes the rock will stay right where you want it to, but other times it will fall back to the ground with the vortex winds still circling it. The wind also doesn't always blow young Toku where you would expect. For instance, horizontal commands are sometimes reversed. Even if you clearly move the Wii Remote from the left side of the screen to the right, the wind will sometimes blow in the opposite direction. These quirks can be overcome with two or three attempts, but having to constantly redo motions to solve spatially easy puzzles turns what should be a delightful adventure into a frustrating tribulation.

Even with its very clear drawbacks, LostWinds is still a decent showcase for what independent developers can do with the WiiWare service. It is a unique experience that could not have been done without the Wii Remote. But potential can get you only so far. With a presentation that lacks vibrancy and puzzles that never push the innovative gameplay mechanics, much of LostWinds is either boring or frustrating. It's still worth checking out if you're craving a new experience, but you might have to wait for the already announced sequel to see these great ideas come to fruition. 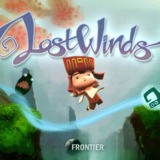 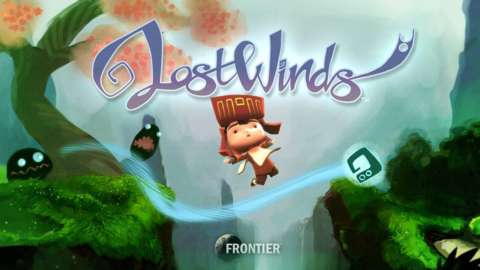 One of the first WiiWare games lets players take on the powers of the wind spirit to guide and protect a young boy on a quest to lift an evil curse.