The Lost World video game is an action-packed 3D platform game that has a perfect blend of frustration and frustration.

The frustration for most will begin as soon as you turn the game on because on the back of the game's box it says in really big letters: "You're The T-Rex." The whole truth is you only get to be the T-Rex for seven of the 30 levels. In fact, you must run around for a third of the game as a Compsognathus (Compy for short), which is a dinosaur about the size of a chicken.

The game has a total of five different characters. The first of which has you go through nine tedious levels of platform jumping as the Compy. Once you are tired of being fodder, you must blast your way through six levels as a human hunter who always seems to run out of ammo. The next five levels are played as the infamous Raptor, who is not nearly as tough in the game as she was in the movie. So, finally, after 20 levels, you get to be the T-Rex for a meager seven levels, although it's still pretty cool to be the king lizard. Last but not least, you get to run for your life through three levels as the human prey while various predators give chase.

Visually, The Lost World is above par. Although a great deal of the game looks average, some of the later levels look amazing. The characters and environments all comprise 3D polygons that look mighty smooth. Some of the game's animation looks as good as the movie.

The sound is definitely one of the few reasons you will enjoy playing The Lost World. At any moment when you're playing as the T-Rex, you can do the roar that raises the hair on the back of your neck. The music that accompanies the action is an amazing full orchestra that was put together just for the game. The whole soundtrack is very theatrical.

Aesthetically, The Lost World has all its dinos in a row. It's with gameplay - where it counts - that The Lost World fails. Even though the graphics are 3D, the gameplay is still that of a standard side scroller. Sure, it uses some neat camera tricks, similar to Crystal Dynamics' Pandemonium, but it comes off as very confining in The Lost World.

Besides the control issues, there are several things that happen when playing that make you want to rip your hair out. For instance, when your character travels behind an object and your view is obstructed, an enemy character is almost always strategically positioned so you can't see when it's attacking you. And as if that isn't annoying enough, if you try to back up and lure the enemy from behind the tree or whatever is blocking your view, another enemy will be spawned.

The Lost World is one of those annoying, difficult platform games that makes you feel like cheating every time you die. Rent this one first before picking it up, and if you get horribly disgusted with it, use our level codes to check out a few of the cool later levels. 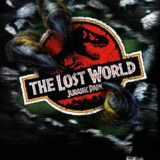