Lost Judgment Review -- Back To School

Detective Yagami returns for another scintillating mystery that suffers from the same problems as before.

Like most good detective stories, Lost Judgment begins with the ghastly discovery of a maggot-infested corpse. A single homicide is merely the tip of the iceberg, of course, but the unusual circumstances surrounding the dead body's discovery set the stage for another compelling mystery for private investigator Takayuki Yagami to solve. The first Judgment began in a similar fashion, presenting itself as a Yakuza spin-off that was nevertheless overly familiar due to its penchant for delving into the criminal theatrics Rya ga Gotoku Studio is known for. Yagami's latest adventure still dips its feet into the deep end of the criminal underworld, but Lost Judgment distances itself from its Yakuza-flavored origins with much more regularity than its predecessor, resulting in a better and more distinct game that's still tinged with an overt sense of deja vu.

This begins right from the off, as the first hour or so is spent traversing the well-worn streets of Kamurocho. Revisiting the bustling red-light district for the umpteenth time still doesn't grow stale thanks to its lively atmosphere and intricate visual design. It's a place full of fond memories and there's a pleasant sense of comfort in its familiarity, yet it's hard not to feel relieved when Yagami's latest case takes you south of Tokyo and into the port city of Yokohama. The fictional district of Isezaki Ijincho was first introduced in last year's Yakuza: Like a Dragon and makes its return in Lost Judgment relatively untouched. Based on the real-life Yokohama district of Isezakichō, it's a bigger urban sprawl than Kamurocho but still maintains the same density, from the busy streets of Isezaki Road to the various storefronts and eateries located throughout the district.

Step through the automatic doors of a Poppo store and you'll be greeted by a short electronic tune that announces your arrival. The magazine aisle is stacked with lifestyle magazines, manga, and cookbooks, while the refrigerators at the back of the store are filled with assorted snacks, from onigiri and Bento lunch sets to a dizzying array of drinks including Suntory green tea and BOSS coffee. Elsewhere, you can head to the bar district to find each cozy hangout stocked with real-world alcohol, while passing beneath the Paifang in Chinatown will lead you to restaurants adorned with dragons and golden guardian lions, as residents converse under a baroque pavilion.

There are Club Sega arcades where you can play the likes of Virtua Fighter 5: Final Showdown, Space Harrier, and even the ill-advised Sonic fighting game: Sonic the Fighters. If none of these tickle your fancy there's also another sequel to the pseudo-House of the Dead sequel introduced in Judgment. This time it's called Hama of the Dead, a fully-featured lightgun shooter that sees zombies invade the streets of Ijincho that's reminiscent of the undead hordes shuffling through Kamurocho in Yakuza: Dead Souls--another series spin-off. Outside of the hypnotic lights of the arcade, you can also play shogi and mahjong, battle against AI opponents in a Mario Party-esque VR board game, compete in drone races, hit home runs at the batting cages, or simply befriend the neighborhood cats. This is all par for the course in an RGG Studio game, but the sheer breadth of diversions is still staggering, especially when so many of them are genuinely enjoyable.

And this love of distractions bleeds into Lost Judgment's main narrative, too. With PI work in Kamurocho drying up, Yagami and best friend/business partner Masaharu Kaito get a call from their old pals Fumiya Sugiura and Makoto Tsukumo about some work in Yokohama. The case sounds delicate but easy enough for a seasoned pro--revolving around bullying allegations at a local high school--but it gradually expands into an intricate web that focuses on the frailties of the justice system and how law and order can be so easily manipulated. Heavy themes such as bullying, suicide, and sexual battery are handled with the deft touch required of such topics, and it even does an excellent job of making you feel empathy for characters that find themselves on the wrong side of the law by shrouding everything in grey.

Moments of levity between the core cast of friends ensure that it's not always completely bleak, although Kaito takes more of a backseat this time around, leaving Yagami to carry most of the emotional load. Fortunately, he's still an endearing and immediately likable protagonist, with a strict set of morals and a steely determination that's only offset by his quick wit. He doesn't need to wrestle with as many demons as he did in the first game, and his character development is surprisingly light, but Yagami is no less delightful to be around.

Lost Judgment is heartfelt and sentimental at times, too, even if these moments can be a tad melodramatic--but that's to be expected. If there are any failings with the story, it's that the script can be unnecessarily verbose at times, constantly regurgitating information you're already well aware of. Aside from this, however, the core mystery is frequently gripping, with plenty of unsuspecting twists and turns, a devious villain, and intense moments that guarantee you'll be perched on the edge of your seat for the long run.

The high school setting goes a long way towards differentiating Judgment from other RGG Studio games as well. The main throughline eventually leaves the school behind, but that doesn't mean you have to. In order to stay at the school and continue his investigation, Yagami becomes an outside advisor for the school's Mystery Club. Students in this extracurricular clique usually sit around reading Sherlock Holmes stories and other mystery novels, but with Yagami involved they set their sights a lot higher. It doesn't take long before you're infiltrating various student groups in order to unveil information about a nefarious figure known as The Professor. This elaborate side case doesn't have anything to do with the main story, but with the setting and characters often overlapping, it all feels interconnected and cohesive, no matter how disparate both cases are from each other.

You start by helping students perfect their craft in the dance club, which features a rhythm mini-game and a pop-and-locking journey to the Nationals. After this, there's the robotics club where you help engineer a fleet of robots and compete in a competition for territory control. There's an entirely new combat style for your fights in the boxing gym, that also comes complete with its own separate upgrade tree and a plethora of opponents for you to jab and hook into submission. You can also give Tony Hawk a run for his money by getting involved in a power struggle between two rival skateboarding crews, or rule the road in a biker gang that holds high-speed death races. Aside from adding a veritable bucket load of variety, most of these school cases are surprisingly comprehensive. It's easy to soak up hours finetuning your robot or barreling through the competition in the eSports club, and each one features an engaging conspiracy for you to uncover that feeds into an overarching narrative. And this is on top of the usual slew of absurd side missions RGG Studio excels at.

Unfortunately, Yagami's investigative repertoire is mostly unchanged from the first game. Tailing missions are mercifully less frequent this time around, and those that do exist are slightly shorter, which does alleviate some of their arduousness. There are still plenty of on-rails chase sequences, though, which are as monotonous and stale as before. Occasionally you'll need to search scenes for clues, but this process is little more than an ostentatious pixel hunt, and there are no fail states involved when you have to present evidence or engage in lines of questioning, so these moments lack any real player agency. Parkour is a new addition that sees you scaling pipes and leaping across gaps to reach places Yagami isn't supposed to be. There are also a few instances of rudimentary stealth, but these sections are so stiflingly linear that it essentially holds your hand to the point where you're barely even playing. You're still here to accompany Yagami rather than deduce anything yourself.

That doesn't mean there aren't plenty of opportunities to kick people's teeth in, however. Yagami is still adept at his own curious brand of kung-fu, with both the Crane and Tiger styles returning from the first game. Snake style is a new addition that specializes in disarming enemies and countering attacks. All three styles are ostensibly designed for specific situations--Crane excels against crowds, while Tiger is used to deal heavy damage to a single target--but this isn't a strict rule and mostly comes down to personal preferences and how much you want to shake things up. Combat is as hard-hitting and satisfying as ever, particularly once you throw in some devastating EX moves, and it also feels surprisingly fresh off the back of Yakuza: Like a Dragon's shift to turn-based combat.

Lost Judgment improves on its predecessor by cutting down on some of the more tedious elements of its design rather than outright changing the mechanics to make the investigative side of the equation more engaging. In this sense, it's disappointing that it doesn't lean into what makes Judgment unique compared to the Yakuza series and instead remains at its best when sticking close to those origins. The story is compelling with an endearing cast of characters, the sheer amount of stuff to do is astounding, and there's still an inherent joy that comes from pummelling the city's delinquents into the ground. But it's hard not to feel disappointed that you still feel like a passenger when it breaks away from the Yakuza mould. If this is indeed our last time with Yagami and co., then it's one to cherish. There will just always be a nagging feeling that this was a missed opportunity to do something truly special.

Richard finished Lost Judgment's main story in 40 hours, but he still has a few more side cases left to complete. Review code was provided by the publisher. 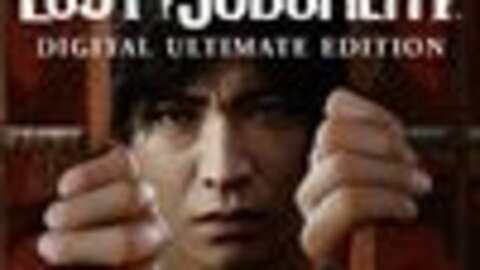