It promised to combine the captivating gameplay of Heroes of Might & Magic II with the style of Lord of the Realm II and an eye-popping graphics engine. Unfortunately, LOM falls far short of its potential.

On the surface, Lords of Magic seems like the perfect strategy game. This eagerly anticipated fantasy title promised to combine the captivating gameplay of Heroes of Might & Magic II with the style of Lord of the Realm II and an eye-popping graphics engine. Unfortunately, LOM falls far short of its potential. What's more, the game is unstable and suffers from a number of design flaws.

As LOM opens, an elaborate cinematic tells the story of Balkoth, Arch-Demon of Death, and his efforts to conquer the great nations of Urak. As lord of one of these nations, your goal is to defeat Balkoth, either alone or through an alliance of nations. The game provides numerous gameplay options, as you may choose to lead any of the eight nations (or faiths) as a warrior, a mage, or a thief. Each faith has its own unique units, though these are pretty much balanced out among the faiths.

The main component of the game is a resource management and exploration phase in which you wander the countryside in search of mines, special locations (towers, villages, keeps, and so on), and enemies. During this turn-based phase, you must also develop your capital city and build up your armies. One of your first goals is to find and liberate the Great Temple of your faith, which will inspire your people to build a stronghold for you.

As in HOMM II, each of your armies is led by a champion, though in this case you can actually have three champions per army. The rest of your military might comprises foot soldiers, cavalry, missile troops, and recon units that you recruit from the various buildings of your city. For some reason, these buildings (barracks, mage's tower, and thieves' guild) are outside of your city, so you must physically move from city to building in order to recruit anyone. Also, you cannot do anything in a city or building without actually being there. Logically, of course, this makes sense, but it is a lot more annoying than HOMM II's "manage from anywhere" system. Besides, one would think that in a city, someone would be available to do mundane managerial work should the need arise.

When you are able to recruit new troops, you can give them an experience boost by stationing a champion in the appropriate building (a veteran warrior in the barracks, for example). This can help improve your new recruits but at the cost of keeping a valuable unit away from the battlefield. The only other way to improve your troops is to use them in combat. This has its drawbacks as well, since it takes a ridiculously long time for your units to recover from battle wounds.

LOM's real-time combat phase takes place from an overhead isometric viewpoint that resembles a mix between Diablo and the Realms of Arkania series. You can either direct your troops manually or use "The Button" to let LOM auto-calculate the results for you. Either way, you're forced to wait while the game first loads up the combat engine, then reloads the main game screen after each battle. Since the auto-calculate feature often achieved far better results than I did, I found myself wishing for the option to choose auto-calculate before all of the loading and reloading took place.

One of the reasons manual combat control can be tricky in LOM is that your troops suffer from serious AI deficiencies. Often, my inept soldiers became stuck on a terrain feature and got mowed down by inferior enemies. Also, my troops were rarely able to pick out new targets after taking out their initial foe. This was especially true of mages, and it turned each battle into a morass of micromanagement. You have a number of command options during combat, but most battles end up as a confusing jumble of sprites in the middle of the screen, which can make it difficult to select targets with any precision.

Some of LOM's other flaws include a cryptic and often bizarre diplomacy system. When you encounter forces from other nations, you can opt for a parley to negotiate a trade or other diplomatic deal. There seem to be a million loopholes in this system, however. For example, whenever I ran into Balkoth's immense army, I pleaded with him to give me one of his champions for my army. He did this on almost every occasion, then proceeded to attack and kill the unit (now under my control). Also, you cannot parley with the many "renegade" forces scattered throughout the land. This was especially annoying when I ran into such forces of my own faith, who chose to fight me instead of joining my cause (a la Civilization II's "friendly tribes").

This leads to another problem with LOM: the basic premise. If the entire world is so severely threatened by a common foe, why is it so difficult to convince other nations to join forces against him? A nitpicky criticism? Possibly, but one that gnawed at me every minute I played the game. Other problems include program crashes (even after the 1.02 patch), numerous redraw problems, and questionable decisions by the enemy AI (Balkoth's army will chase around a single Imp inside his borders, all the while ignoring the two huge armies massing - within sight - just outside).

Lords of Magic has a great deal of potential, and many of its shortcomings seem fixable. Hopefully, Sierra and Impressions will correct some of them with future patches. Until then, just dig up a copy of Heroes of Might and Magic II. 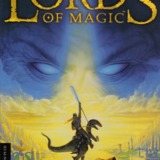 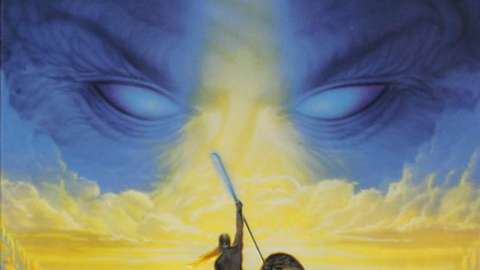 It promised to combine the captivating gameplay of Heroes of Might & Magic II with the style of Lord of the Realm II and an eye-popping graphics engine. Unfortunately, LOM falls far short of its potential.