Infogrames' Looney Tunes Collector: Alert! may not be Pok&#233;mon, but it's a finely polished puzzle-quest action-RPG nonetheless.

If you're a stargazer, you know how beautiful Venus is in the midnight sky. However, imagine the plight of those living on Mars, trying to observe the lovely Venus with Earth obstructing their view. Marvin the Martian has had to put up with this situation for 100 years now, and he intends to do something about it. Hopping into his Martian Mercedes rocket, he and his dog, K-9, are lifting off to rain catastrophe on the unwitting inhabitants of planet Earth. K-9 is none too bright, though, and he accidentally pushes their teleportation device out the airlock. Crashing to Earth, the teleporter breaks into ten pieces. In order to realize his dream of clear skies, Marvin must now seek out these pieces. Thankfully, Bugs Bunny overhears Marvin detailing his entire dastardly plot and decides to stop him. You assume the role of Bugs, and it's up to you and your Game Boy Color to save Earth in Looney Tunes Collector: Alert!

As you may gather from the title, Looney Tunes Collector: Alert! places significant emphasis on collecting. Though your main goal is to gather the ten pieces of the teleporter before Marvin does, you'll also spend time hunting down ingredients for potions, gathering missing items for your compatriots, rescuing stranded toons, and generally engaging in a sidequest-heavy treasure hunt. You begin the game as Bugs Bunny, but 14 other characters can join your quest. Provided you search every nook and cranny of the map, you can garner the assistance of Daffy Duck, Elmer Fudd, FiFi LeFume, and a whole host of Looney Tunes staples. All the toons have their own trademark ability as well, making their allegiance necessary to your success. For example, Bugs Bunny can pounce, Daffy Duck can swim, Witch Hazel can fly, and Fudd's elephant gun makes short work of baddies and obstructions. In addition to the 14 playable characters, 47 other Looney Tunes can be integrated into your picture gallery, provided you find them. Highlights include those lovable bank robbers, Mugsy and Rocky, Mot, the Martian baby from the "switched at birth" cartoon, and the three bears, Momma, Papa, and Junyer. The game also supports two-player minigames via a link cable, and it offers three save slots for up to three concurrent games.

As far as actual gameplay is concerned, the game isn't all collecting. There are lakes to swim in, chasms to leap across, burrows to dive into, trees to climb, and plenty of houses to explore. Standing in your way are viscous snakes, wily hunters, Tazmanian Devils, and a number of other unhealthy obstacles. To avoid these negatively reinforcing objects, it is important to use the characters you've collected in the most efficient way possible. While it may be quicker to run with Bugs through a forest, Elmer's human affiliation ensures that he won't be targeted by hunters. Jumping across pits may be fun, but Witch Hazel can just fly over them. The game is full of these types of push/pull nuances, and they're what makes Looney Tunes Collector: Alert! fun to play. Thankfully, the quest is also enjoyable. There is a large world to cover, tons of shortcuts to find, and a number of rewarding secret locations to explore. Furthermore, since acquiring some items or allies requires backtracking, the game doesn't feel horribly linear. One thing to note, however - don't buy this game for its two-player capabilities. You can trade and gamble collected gallery photos in a number of minigames, but these games are not exactly epic feats of game design.

For the eyes and ears, Looney Tunes Collector: Alert! is a humdinger. Though a top-down view rarely lends to visual personality, Infogrames has managed to breathe a great deal of life into Bugs and company. Bugs' tail twitches from side to side, Elmer's hat bobs in the wind, lava bubbles pop, and a wide variety of woodland creatures populates the countryside. It's rather nice to see a portable game where burrowing worms and fluttering butterflies are merely used for decorative purposes. The game is colorful, vibrant, and alive. You can't ask for much more than that. The game's audio quality isn't exactly up to similar standards, but considering the implausibility of re-creating orchestral music on an 8-bit handheld, Looney Tunes Collector: Alert! sounds pretty decent nonetheless.

As impossible as it seems, it took this long for someone to create a good Looney Tunes game. Infogrames' Looney Tunes Collector: Alert! may not be Pokémon, but it's a finely polished puzzle-quest action-RPG nonetheless. While adults may find the game a bit too easy for their liking, the sheer personality of Bugs, Daffy, and the rest of the Looney Tunes/Merrie Melodies gang is enough to induce enjoyment in the most cynical of people. If you're not a fan of the series, Pokémon or Zelda may be more your style, but if the names Mot, Ralph Phillips, and FiFi LeFume ring a bell, you're probably going to love this game. 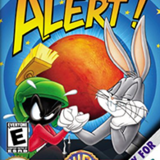