When you think of "intense" games, you might recall some shooter's bullet-laden climactic scene, or a particularly impressive combo in a fighting game. But intensity doesn't just exist in moments of over-the-top violence or during awe-inspiring displays of skill. It can come from the way a game affects your mood and your mind as you play it. In that sense, Lone Survivor is one of the most truly intense games in recent memory: it's a game that, from the opening menu, grabs a hold of your senses and keeps them locked onto your monitor until the adventure is over.

You play as the nameless title character, seemingly the only human left after a plague has turned most of the population into faceless, shambling zombies. Despite this devastating catastrophe, you encounter other "people" with whom you can interact: a white-faced man, a man with a cardboard box on his head, and a few others, but how real these people are (and whether or not they're outright malevolent) is a matter of perspective. See, the main character is in a constant struggle against not only the mutants outside his apartment, not only his own hunger and fatigue, but sanity itself. Choices you make in the game--whether or not to carry on a conversation with a stuffed animal, for example--have real effects on how the main character keeps his marbles together; although to the game's great credit, it's not always clear what will be beneficial and what will be detrimental when you choose.

However you treat your character's mind, though, you face a series of challenges once he inevitably decides to sally forth from his lonely apartment into the world beyond. The halls of his apartment building are home to some of the aggressive mutants, but you are presented early on with a radio broadcast urging survivors to head to an apartment on the other side of the building. To be sure, you have to come back to your apartment over and over to sleep (which is also the only way to save your game) and because it serves as a base of operations for everything you do. Apart from trying to sort out the aftermath of the zombie plague, your character can focus on smaller, side-quest-type goals, like repairing a stove to cook more-palatable food (good for your sanity) or taking care of a houseplant--and all of these are centered on your apartment.

Fortunately, a series of mirrors placed throughout the gameworld let you teleport to and from your home base instantaneously (and also serve to give you a sense of your overall health and sanity). Unfortunately, the game's mapping system leaves a great deal to be desired. For one thing, the maps are rendered in an overhead, bird's-eye-view format, while the game itself is entirely side-scrolling. This leads to a lot of going the wrong way as you try to spatially reorient yourself. Merely annoying most of the time, this disorienting discrepancy between map layout and gameplay perspective is absolutely hair-tearing during a couple of chase sequences in which you have to figure out where you're going, orient yourself properly, and avoid being killed, all in real time. Opening the map does not pause the game, and you can easily become zombie food while you're trying to remember whether it's a right or a left you need to take.

Such chase sequences are few and far between, thankfully, and most of Lone Survivor's gameplay involves sneaking past zombies, solving item-based puzzles, and uncovering the storyline. The main character does acquire a pistol fairly early on, and you have to engage zombies in combat, but this is intentionally made difficult because of your character's awkwardness with the weapon (and the sparsity of ammunition), and should be done only when absolutely necessary. You get past most zombies either by sneaking around them via recesses in the walls or by dropping rotting meat as a lure to distract them--or simply by finding routes that circumvent where they are.

Mapping issues aside, Lone Survivor presents you with a world that's constantly engaging. The atmosphere is unceasingly depressive and nervous, with periodic hallucinations interrupting the gameplay and the main character's own frequent complaints about hunger, fatigue, and loneliness adding to the sense of urgency. The visual style evokes the old 2D adventure games of decades past, with modern flourishes that add to the oppressive atmosphere. In fact, excellent use of lighting (you are given a flashlight at the outset of the game) and shadow, along with rust-colored filters and generally putrid color tonality, contributes heavily to the palpable sense of loneliness and terror that your character must be feeling.

Dealing with hunger and fatigue is the primary and ever-present challenge of Lone Survivor, but it's not just food and sleep that you can use to stave them off. You're also presented early on with a variety of pills, from an unknown "benefactor." Red pills can be used to reduce the need for sleep, while green and blue pills can be taken before sleeping to induce dream sequences. These sequences reveal interesting story information and can even yield items for you to use in the real world, but they can also have significant long-term effects on sanity and durability down the line. Drugs are mysteriously replenished at a stash location in the main character's bathroom, but while drug use is a great way to examine aspects of Lone Survivor that you might not see otherwise, you can complete the game without taking pills--so you have to make a clear decision about what you want to do with the pills you get.

Whether you're under the influence or not, however, the standout element of Lone Survivor is its sound. Frequent use of industrial effects, hideous mutant screams, heartbeats, and quiet static set a bereft tone, but even more powerful is the game's soundtrack. Music is used only in specific instances, but it's so effectively written (in a sort of jaunty-horrific tone) and paired so well with what goes on when it's used that it carries you off completely into the gameworld when it starts playing.

You can complete the game in about three or four hours. And while the various side quests and minigames (and the game's multiple endings) offer replayability, it's disappointing that a large chunk of actual game time ends up being spent trying to make sense of the map. Having said that, quality is what keeps games memorable and important, not the raw amount of time you spend playing them. And Lone Survivor helps you remember what quality games are really all about: an emotionally enrapturing experience that leaves you with plenty of questions to ponder and possibilities to imagine as you go about your day.

View Comments (43)
Back To Top
8.5
Great
About GameSpot Reviews 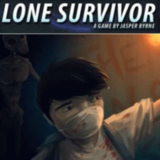