Loadout feels good on the PlayStation 4. It’s not just how well the game has adapted Sony’s controller, but also that small changes have translated into some big differences. This free-to-play third-person shooter is all about collecting gun parts and crafting them into vicious weapons that lash out with fire, lightning, or spiked metal spheres--just as it was on the PC. But on the PlayStation 4, Loadout tries new things, completely revamping its method of distributing weapon parts that makes collecting them almost as exciting as constructing them into a vast array of deadly guns. Despite a lackluster campaign and a locked-out ranked mode, Loadout is a frantic and entertaining shooter on the PlayStation 4 and will keep you happy on your quest for loot, with a smile on your face and a numb trigger finger.

The highly craftable guns are the stars of the show, and the customizable loadouts set the stage. Abandoning traditional classes, Loadout instead offers a toybox that slowly fills with various gun parts that you can play with using its robust weaponcrafting menu. For instance, creating a powerful shotgun is as easy as snapping a scatter barrel and a shell-loading magazine onto a gun chassis. Swap that scatter barrel out for a Gatling barrel and strap on a high-capacity magazine to create a Gatling gun, and so on. Different ammo types kick things up a notch or two, and can make your weapon belch fire or send out a slap of electricity that sends chain lightning through a group of hapless foes. Not all ammo types are deadly: loading your gun with healing rounds transforms your weapon from a death dealer to a wound healer, and there’s nothing wrong with wanting to be the team medic. Or, if you’re feeling sneaky, you can use a gun with a silencer, and, using the disguise equipment, go undercover to infiltrate the opposing team and silently take them by surprise. And you might as well slap on a suit, mask, and tie from the outfitter store while you’re at it, and become the spy Team Fortress 2 always knew you could be.

Earning parts in Loadout on PlayStation 4 is a much different experience than in the PC version of the game. On a PC, you unlock parts from daily prizes or in a tech tree by earning experience and spending blutes, Loadout’s in-game currency awarded at the end of matches. On the PlayStation 4 edition, weapon parts, gear, and safes are often awarded at the end of finished multiplayer matches or campaign missions. Safes, which contain items of varying rarity, are opened with dynamite, which is bought with spacebux, Loadout’s other currency that must be purchased with actual cash and not blutes, somewhat like the currency in Counter-Strike: Global Offensive’s weapon cases and keys. Parts are assigned levels, as well as a degree of rarity that moves from common to rare items. Rarer parts can grant optional attribute boosts, such as decreased reload times or additional health.

Comparing the two systems of delivering items, from the tech tree of the PC version to earning parts post-match on the PlayStation 4, I prefer the latter. Parts and gear come at a steady flow in Loadout on PlayStation 4, and I can’t deny the giddy feeling of anticipation that grows just before opening each loot chest or safe filled with new toys to play with. You gain a lot of weapon parts as you progress, but not everything is worth keeping. The included fusion mechanic allows you to take a lower-tier item and merge it with other disposable parts to increase its potency. It’s a great way to burn off extra junk you don’t need, while making your weapons even stronger, all the while not spending any actual cash on upgrades yourself. And the upgrade is often quickly apparent, too; promoting that level three pyro rocket to level five or higher can mean the difference between leaving your foes medium rare or well done.

Crafting and naming your own custom weapon is a joy I’ve rarely experienced in other online shooters. A machine gun with the offensive output of mosquito bites later roars as it rips flesh from bone. A feeble rocket launcher that evokes more laughs than screams evolves over time to become a frightening, two-hit kill monster that causes enemies to burst into flame--it’s enough to bring a tear to your eye.

The weak campaign mode, however, is a wet blanket that stifles some of that fire. There is no “story” to speak of, only five chapters with missions that consist of you fighting waves of AI-controlled alien baddies on the available multiplayer maps and gametypes. For at least a few missions, the campaign is passable, if not somewhat disappointing. But after playing through chapter after chapter of similar battles, the venture becomes tedious and dull. The only real incentive to play each campaign is tied into Loadout’s new method of distributing loot. Campaign mode offers loot packs and safes that drop randomly as you play through a match, and that unfortunately means having to wade through the muck for some of those precious parts and equipment--some of which, like deployable health packs and jump boots, is awarded at the end of certain missions. At least collecting the extra loot in campaign is still enjoyable; it’s just the parts in between that are the issue.

The highly craftable guns are the stars of the show, and the customizable loadouts set the stage.

One additional positive about the campaign, however, is that it allows you to earn some additional spacebux without having to fork over any of your hard-earned cash. Currently, Loadout on PlayStation 4 is the only version to have the campaign included with the package. The PC version is set to have the currently separate campaign (now in beta) merged with the base game next year.

Thankfully, the core multiplayer experience is just as exhilarating and violent as ever, and it is here you spend most of your time. The controls adapt well to DualShock 4, though aiming does feel a little squirrelly when zoomed in--a problem that can be alleviated by lowering aim sensitivity. Other than that, Loadout plays exceptionally well on the controller; skirmishes haven’t lost an ounce of their raw intensity in the transfer from the keyboard and mouse. Across six varied maps that include deep crevasses, hidden pathways, and high ledges, you sprint, dive, and leap high into the air while raining fire on enemies above and below.

Loadout’s action is ferocious, and each clash erupts in a chaotic frenzy of flying rockets, popping grenades, and neon lasers; the vibrant cartoon visuals are a colorful foil to the absurd violence onscreen. During battles, flesh is seared from bone, heads are blown apart to leave bouncing eyeballs and a brain, and somewhere in the fracas is a person thrusting their gun between their hips as a pair of disembodied legs run across the war-tattered field before collapsing. Loadout is often as hilarious as it is grotesque, leaving you vacillating between laughing at the slapstick insanity and cringing at the immense gore. And you know what? It’s quite a lot of fun--though much of it is like a riding a rollercoaster through a whirlwind of bullets and body parts.

Multiplayer consists of four-on-four matches among five game types: blitz, death snatch, extraction, domination, and jackhammer. Blitz and domination are won by taking control points on a map, the latter of which has you fighting to control three points at once. Death snatch is Loadout’s take on classic death match, and plays similar to Call of Duty’s Kill Confirmed mode. In death snatch, dead opponents drop a vial of glowing blutes that must be snagged in order for the death to count as a kill. Extraction tasks each team with protecting a teammate who collects blutonium deposits and places them into marked grinders to score points. Finally, jackhammer is a mode similar to capture the flag, except the flag is a massive hammer that smashes enemies into itty bitty meaty chunks. You can kill up to five opponents, which adds extra points to your score when the hammer is claimed at your base.

There are two downsides to multiplayer; the most notable is the lack of the ranked mode, Annihilation, which is currently locked out with “Coming Soon!” written over it. Instead, you are left with the unranked arena, which performs rather poorly in terms of matching you with players of similar skill. You have an overall level that increases as you gain experience points earned after completing matches. However, that rank is effectively slashed in the arena, and you often find yourself paired with unskilled allies or against a team of seasoned players. I realize this is the caveat of any unranked multiplayer, but it’s incredibly frustrating to play a session consisting of about ten losses in a row due to unbalanced matchmaking. The other issue with multiplayer is that with only six maps, things soon slide into repetition. Having five game types does help deter some boredom, but after a dozen hours I was more than ready for a change in scenery. And just when will there be more than three customizable characters to choose from?

Loadout on PlayStation 4 is not without its issues, but overall it remains an energetic, madcap shooter with a violent sense of humor that delights as often as it disgusts. There are still tweaks to be made--the underwhelming campaign is the first that comes to mind--and, once released, the ranked mode will also greatly increase its value, which is a lot, considering that the game is already free of charge. Regardless, there is a lot of entertainment to be found in Loadout. The welcome new changes to earning gun parts will keep you killing, collecting, and customizing for many blood-soaked hours to come as the game continues to evolve, just like the many weapons that call it home. 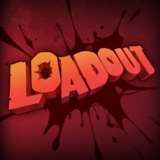 Cameron Woolsey is always on the hunt for great free-to-play games, and Loadout is one of his top choices. After crafting 10 weapons, Cameron's favorite is Scorched Earf, a lovely rocket launcher that either sends enemies running, or turns them into piles of ash. They're good friends. 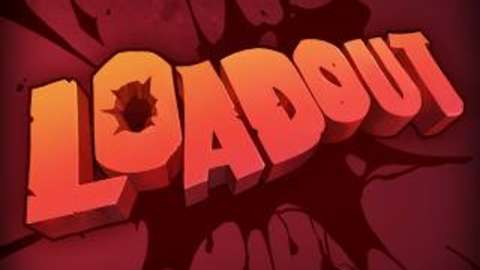 Loadout is a new "Free-2-Play" take on fast-paced, multiplayer shooters.