Live A Live is a beautiful remake of an overlooked classic that should not be missed by JRPG fans.

One of the most recognizable characteristics of a JRPG is the party: a ragtag group of adventurers from different walks of life who unite their strengths for a common cause, almost always under the leadership of a designated main character. While the rest of the cast may wind up getting sidequests and story arcs, the majority of the game revolves around a specific character. It's a trope that's as common as they come. But all the way back in 1994, Square (now Square-Enix) released Live A Live in Japan, turning the genre on its head by asking "What if a JRPG had several main characters? And they all had a fully realized plotline, different worlds, and distinct gameplay gimmicks?"

Live A Live was a unique game, well ahead of its time, but sadly one confined to Japan for decades, with no official English release. That changes with this modern remake and, amazingly, Live A Live not only holds up well, but manages to feel unique, compelling, and excitingly original even when compared to its modern contemporaries.

Live A Live's protagonists come from many different places across space and time, ranging from the cartoony prehistoric world of caveman Pogo, to the modern-day championship struggles of mixed martial arts fighter Masaru, all the way to a far-flung future where tiny robot Cube awakens on a mysterious cargo transport ship. These seven divergent chapters can be completed in any order, and you can stop one chapter to pick up another as you please. Finishing these chapters unlocks an eighth story, which leads into a final chapter where all the paths converge into one last epic struggle.

What makes Live A Live unique beyond its multiple protagonists is how dramatically gameplay elements change from chapter to chapter. The martial arts master Earthen Heart Shifu doesn't gain levels himself, but instead focuses on strengthening his disciples by fighting with and alongside them. The wild west outlaw Sundown Kid can make things significantly easier or much harder for himself by helping a village prepare to battle a savage gang of invading bandits. Cube's interstellar horror story has almost no required fighting at all, while Masaru's championship road is nothing but a string of rapid-fire battles. Even the chapters with more typical RPG progression offer unique twists: the near-total lack of text in Pogo's world, the huge maze dungeon ninja Oboromaru must stealthily navigate, and psychic youth Akira's mind-reading ability give their respective stories distinct, delightful quirks. All of them have one thing in common, however: the existence of a similarly-named malevolent force. Each main chapter lasts between one to five hours, making sure no mini-adventure overstays its welcome.

And every outing looks and sounds great, too. It can't be understated just how good Live A Live's presentation is. Square-Enix put a lot of care and love into remaking this game, and it shows. The graphics use the company's fan-favorite HD-2D engine, which has seen in games like Octopath Traveler and Triangle Strategy, and creates gorgeous, vibrant environments that retain a retro-RPG feel. The character sprites themselves are beautifully detailed and brimming with personality--perhaps best exemplified in the prehistory chapter, where a lack of dialogue makes their expressiveness all the more vital to the storytelling.

Accompanying the visuals is a fantastic soundtrack. Live A Live is one of famed composer Yoko Shimomura's earliest contributions to Square-Enix, and her talent is on full display here, delivering a variety of musical styles to accompany the many different adventures. The original 16-bit songs have been fully re-recorded with high-quality instruments (and sometimes even song lyrics), making them sound even more bombastic. Additionally, all of the game's key story dialogue is voice-acted, helping bring the main characters to life--and adding extra flair to some of the strange and shocking twists the narrative can take.

One of the key commonalities across all Live A Live's chapters is its turn-based combat system, which features ideas just as unique as the other parts of the game. Fights happen on a grid of 7x7 squares, which characters can move upon freely when it's their turn to act. There's no AP/MP system restricting skill usage--instead, both player and enemy attacks have specified ranges and charge times before they activate. This adds a new layer of strategy to battles, making positioning and observing enemy and player action time crucial to success while offering a refreshing degree of freedom. Elements like skills that create damage tiles, leader enemies that end the battle when defeated, and accessory gear that can be used as supporting items in battle provide even more options and variety to the clever player.

Combat does have its issues, however. There's no way to skip or speed up the sometimes lengthy attack animations, and it can be difficult at times to determine your charge/attack time relative to that of the enemy, leading to frustrating interrupted attacks. In my time playing, I must have suffered six or seven enemy interruptions for every one time I was able to stop theirs. Sudden difficulty spikes are also common, though usually grinding up a level or two (which doesn't take too long) will help you power through tough barriers. Still, it would have been nice if there were combat tweaks to keep battles from dragging.

While Live A Live has done a spectacular job in updating its presentation and adding numerous small QOL upgrades over the SNES original, there are a handful of frustrating old-fashioned gameplay ideas that would likely get vetoed if developers tried to include them in a modern game. Things like having to farm a random enemy encounter to get keys needed to progress in a dungeon, yes-or-no dialogue choices that can lead to an instant game over if you choose incorrectly, a mad scientist who can sometimes upgrade any item you give him, but only occasionally, and only after skipping through a bunch of repetitive dialogue you'll see over and over until he succeeds, among others.

The lack of a proper detailed mini-map, while understandable in some chapters, proves frustrating in others. Even the steps necessary in the final chapter to get to the true last boss and ending are rather ambiguous, leaving you with an unsatisfying conclusion unless you either look up a FAQ or somehow manage to find all the factors you need on your own. These issues don't ruin the experience of Live A Live by any means, but they can feel a bit blindsiding to those used to more modern JRPG features that aid a player's understanding when it comes to progression and makes the experience more approachable.

I truly loved my experience playing Live A Live. The gameplay and narrative variety, incredible visuals, and superb soundtrack kept me enthralled throughout my 30-hour journey. I still feel like the game has a few secrets and little story bits I may have overlooked. It's quite the accomplishment that, almost 30 years later, Live A Live still manages to surprise, subvert, and enthrall. Those timeless qualities make it well worth your attention, now and likely for years to come. 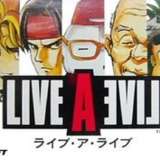 Heidi has been playing JRPGs for long enough that thinking about how old the original Live A Live is makes her crumble to dust. She's seen a lot of what the genre has to offer over that time, and when games like Live A Live come along to shake up the formula, she eats them up with ferocity. Review code was provided by the publisher.