Lips' wireless mics and excellent song selection make for an evening's worth of entertainment, but it has little to offer solo players.

UK REVIEW--Microsoft's Lips manages to simultaneously trump the competition in many areas while failing to replicate many of its basic successes. The wireless mics are revolutionary, the song list is excellent, and the interactive music videos add a quirky twist to the main game. That said, Lips really fails to monopolise on key hardware and online features, lacking options to watch and listen to replays of your performances, let alone upload them to the Internet. Even more importantly, the game has no adjustable difficulty level, and even the most tone-deaf of players will breeze through the game with absolutely no challenge. As a result, Lips is a game that certainly goes down well at parties, but you're unlikely to return to it the morning after.

The most important feature for any karaoke game is its song selection, and Lips is fantastic in this regard with a selection of hits across a range of genres and eras. From Rihanna to Radiohead and Johnny Cash to Jamiroquai, the mix of songs will appeal to music fans across all tastes and singing abilities. There are only a couple of duds; club hit "Boogie 2Nite" isn't anthemic enough, and Geri Halliwell's version of "It's Raining Men" is vastly inferior to the Weather Girls' original. Nearly all of the original music videos are included, but they don't appear to have been captured in high definition, which leaves them with a rather blurry look on HDTVs. A couple of songs predate MTV, such as "ABC" by The Jackson 5 and "Stand by Me" by Ben E. King, so they're replaced with visualisations instead. Every song is unlocked from the outset, meaning Lips is good to go at a party, but this also means there's little reason for solo play, aside from accruing the incredibly easy achievement points.

The wireless mics are the other big part of Lips' appeal, and thanks to internal motion sensors and lights that flash in time to the music, they offer much more than simple convenience. You can shake the mics at any time to join in a song, and then rock them in time to the music to produce effects such as a tambourine or a cymbal. But their main function is to activate Guitar Hero-like star power, and you can perform specific moves and gestures to add style points to your overall score. The game will tell you to raise your hands above your head or shake the mic from side to side, and though you can cheat with a simple shake, there's some skill in choosing the right time to perform these moves.

Like other karaoke games, Lips awards you points based on the timing and pitch of your singing. Lips doesn't actually recognise the words you're saying, which means that you can achieve near-perfect scores just by humming into the microphone. However, you can earn bonus points and medals for doing well in six categories, such as stability, rhythm, and technique, and the more points you earn, the higher you rank. That said, the game doesn't become any more difficult from beginning to end, and seeing as how all of the songs are open from the beginning, there's no incentive to play on your own. The lack of difficulty level is Lips' greatest weakness; it offers absolutely no challenge whatsoever.

Although Lips is best played with two players, the game is actually rather limited in its multiplayer options. You can choose to sing competitively, with both players singing every line from the song, or as a duet, with players taking turns to sing different lines. However, there are no options for team-based play, and there isn't a pass-the-mic mode for multiple players to get involved. Lips' one attempt at bringing more people into the fray is with the Xbox 360 controllers, which can be used to play basic instruments such as a tambourine, a wood block, and a cowbell. Apart from the comedy potential of shouting "more cowbell," and the chance to earn the "party" medal, playing these instruments quickly becomes boring.

Your overall score, ranking, and favourite songs can be tracked in the My Lips area, which connects online to show some basic social features. You can track your top 10 most-played songs and see how popular they are with the rest of the world, as well as keep tabs on the awards and medals you have yet to achieve. You can't sing against people on Xbox Live, but you can issue individual song challenges, which let two people compete asynchronously within a seven-day period. Though SingStar on the PS3 doesn't offer online play either, Lips' connectivity options still pale in comparison to what's available in that game's SingStore, which lets users share videos, track high scores, and vote in polls. Lips doesn't support the Xbox Live Vision camera, either, so you can't record your performances or upload them online. Unfortunately, Lips even omits some of the most basic vocal-replay features that have been in the SingStar games since the PlayStation 2, which is a real shame given how much fun they are.

A big feature for Lips is its ability to import music from an external device such as an iPod, a computer, or the Xbox 360 hard drive. The game isn't able to download lyric data from the Internet, so you'll have to know the words to the song, but you can still use the Virtual Music, Time Bomb, Kiss, and battle options for the background. Incredibly, the game still rewards you with a score for singing along to custom songs despite the fact that it can't recognise the lyrics, which means that you can rack up ridiculous scores by just singing anything. Though the developers of Lips promise that they'll consider the most popular imported songs for downloadable content and updates, there's no real incentive to use this feature in the game.

Most of Lips' other features are more successful than the import option. In addition to original music videos, the game includes four alternative visualisation options that are both varied and frequently hilarious. The Virtual Music option is a visualisation that you can change by shaking the mic, and the Time Bomb mode has you defusing an explosive by singing to fill up your water supply. In Kiss, two players must activate their special moves at the same time to lock tongues, whereas Vocal Fighters is the opposite, with the best singer knocking the other one offstage. You can also create custom playlists to avoid having to quit to the song-selection screen, which is particularly useful for continuity during parties.

If you're having a party with karaoke-loving friends, then Lips will offer an evening's worth of solid entertainment. The wireless microphones are convenient and innovative, and they make it difficult to go back to corded models afterwards. The song selection is also excellent, with 40 songs that are varied in style but united in anthemic quality. That said, the game's lack of camera support, vocal playback, and simple online functionality disappoint, especially given their proven success in Sony's SingStar series. Even worse, the nonexistent difficulty level means this is a game with practically no appeal for single players, aside from those who want to collect the easy achievement points. If you're looking for a game to entertain at social gatherings then it's worth checking out, but there is plenty more for Microsoft's series to do before it enters the hall of fame. 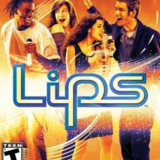