Thoughtful puzzles and striking aesthetics make Limbo a cerebral adventure you must experience.

Somewhere between life and death lies limbo, a nightmarish place where the feeble rays of light that flicker from above are swallowed whole by ink-black shadows. A young boy, courageous though ill-equipped to survive in such a hostile place, is trapped in this dreamworld, locked away from the safety of reality. Dangerous creatures, hostile natives, and deadly traps populate this eerie plane of existence, making survival the only tangible goal to strive for. Limbo dresses the cerebral lure of thoughtful puzzles with a bleak visual design and sparse, moody audio to suck you in as completely as the protagonist child who is mercilessly trapped here. This artistic, somber adventure so expertly combines all of its elements that it's nigh impossible to shake free from its grip once it grabs hold of you.

The opening scene thrusts you into this world without any explanation for your predicament. You play as a young child who finds himself lying on his back in a foreign land that is far from welcoming. He is virtually featureless, appearing as a black silhouette that frequently blends in with the dark surroundings you must travel through. His lone distinctive characteristic is his shining, white eyes. These flashes of light are always visible, making it the one part of his body you can recognize even when the rest of the screen is completely black. There is no story pushing you through this quest, no signs to give you hints nor characters to clue you in on an overarching plot. Rather, this is a game about survival, where merely making it from one area to the next, surviving one obstacle after another, is what pushes you on.

The subdued aesthetics more than make up for the lack of an elaborate tale, using subtle audio hooks and restrained visuals to guide you further along your destined path. Limbo is fully realized in shades of black and white. You walk through dense forests, decrepit towns, and abandoned factories, all of which feel confining and desolate, creating an ominous sense of entrapment. There is a hazy flicker at all times, a film-grain grit that makes the world of Limbo feel tarnished and unclean. For the majority of your adventure, there is no music to accompany you along the way. Instead, there are quiet ambient noises that slowly fade into and out of existence. A patter of raindrops or rustle of wind is sometimes cued up, or a quiet chirping from crickets. But there are moments when music does kick in. A heavy bass note will crash down or a light melody will briefly start up, and these tie in beautifully with your onscreen actions.

You have a small repertoire of moves to help you stay alive in this 2D puzzle/platformer hybrid. A modest jump allows you to clear small gaps; certain objects can be pushed or pulled; and you can climb up or swing from ropes. Submerging yourself too deep in water, falling from a high ledge, or making contact with any of the numerous traps will kill you instantly, sending you back to the previous checkpoint. Your lack of heroic moves does not mean that the puzzles you must overcome are equally limited, though. There’s plenty of variety in Limbo’s puzzles, and even those that appear similar initially are invariably quite different. The early puzzles are single-step affairs that require you to move a bear trap out of the way or cross a river. But later puzzles are much more complex, forcing you to use objects, flip switches, and perform perfect jumps in order to come out on top.

The puzzles in Limbo are rarely difficult, but they do take a bit of thought to complete, and it's eminently satisfying to figure them out and continue on your way. Trial and error is a strong component because death often springs from unexpected places. A boulder may tumble down a hill with no warning or a floor may become electrified while you're still standing on it. Oftentimes, unavoidable death in games can lead to frustration, but Limbo avoids this pitfall for a number of reasons. First of all, the checkpoint system is very forgiving. You usually reappear no more than a few paces away from where you died, so there is little unnecessary backtracking to reach the puzzle that thwarted you earlier. Furthermore, obstacles are laid out in a logical manner, so once you have an idea of what to expect, you can move on with little problem. For instance, a bear trap swinging from a rope may have ended your life the first time, but once you know what to expect, you can jump out of the way the next time you see it. Finally, there are subtle clues to help you complete most of the puzzles. A clatter offscreen indicates that an important object was knocked from a tree, or a swinging spotlight may guide you in the right direction so you know when to time your jumps. Because Limbo rewards patience and avoids frustration, the puzzles are always enjoyable to solve, and the variety will keep pushing your brain the whole way through.

Limbo is laid out in a linear way, with one obstacle placed after another as you dutifully march from left to right. There aren't any level breaks or partitions to separate one section from another, either. Without any load times or story segments to distract you from the gameplay, you're continually submerged in this bleak world. This unremitting focus draws you fully into this dark place, keeping your eyes locked on the gloomy visuals and your mind keyed on the clever puzzles without any other stimuli demanding your attention. This single-mindedness makes it easy to lose track of the time and play through the entire adventure in one sitting. It should take less than five hours your first time through, and though it's disappointing that the ending comes so abruptly, it is worth revisiting Limbo when you're done. There are collectibles to be found when you stray from the most obvious path, and locating them is every bit as satisfying as solving the game’s many puzzles.

Even though there aren't developed characters or a story to care about, Limbo elicits a strong emotional connection. The striking visuals and low-key audio are instrumental in pulling you in, but it's the harsh manner in which death is depicted that conjures the most powerful pangs. This is a violent game. The boy can die in a wide variety of ways, and every death is incredibly painful to behold. Bear traps cut you into pieces, spikes impale you, and electrical currents shoot through your body. The elaborate death sequences do not feature excessive amounts of blood, but they are affecting nonetheless because of their shocking depictions. Death is handled in such a cold manner that it continually shocks, even after you've seen it dozens of times. This creates an emotional immediacy that is difficult to forget.

Limbo poses the questions of death versus life and reality versus dream, but it doesn't answer them. It's the questions that are important here, and you're left to contemplate the meaning of this world for yourself. Although this is a game without clear-cut answers, the lack of concrete explanations doesn't detract one bit from the overall experience. This is a delicately crafted adventure whose elements tie seamlessly together. The fact that you can finish the entire game in just a few hours is disappointing only because it's so difficult to pull yourself away once you've been sucked in. Limbo is a superb adventure from beginning to end. 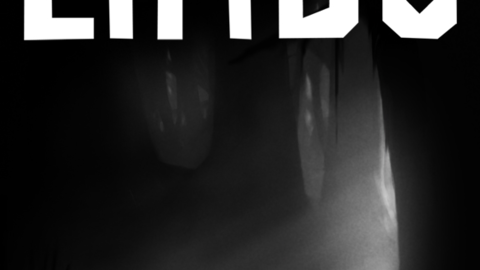