Life Is Strange: True Colors Review -- More Than A Feeling

The newest iteration of Life Is Strange has a lot of love to give but just doesn't know where to put it.

For six years, the Life Is Strange series has consistently told stories about the ties that bind us, between friends, families, and communities. The latest entry, True Colors, represents the first time subtext becomes not just text, but the game's core mechanic. The strength of Life Is Strange as a series is how it always seeks to answers the deeper questions about why people are the way they are, but even compared to the original Life is Strange protagonist Max Caulfield seeking to untangle her best friend's life, or Sean and Daniel Diaz of Life is Strange 2 being at the mercy of an increasingly merciless America, True Colors drills deeper. It features a new hero who can delve into peoples' lives on a level beyond the capabilities of the series' other protagonists. That ability lets the game traverse some new, fascinating territory for this series, but it’s still a bit too bashful about staying there for too long..

You play as Alex Chen, a child of the foster care system who was separated from her big brother Gabe when she was 10. She bounced from family to facility and back again for over a decade before, finally, Gabe tracked her down and invited her to his new home of Haven Springs, an idyllic little village in Colorado. While it's seemingly a peaceful-enough place to start a life, Alex is helpless when it comes to her big secret and the game's supernatural hook: Alex is a superpowered empath who is not only able to see and read peoples' emotions as giant bursts of psychedelic colors, but if the emotion is strong enough, she will actually inherit it. Unfortunately, the foster care system not exactly being the happiest place on earth means Alex finds herself consumed by crippling depressive episodes and extreme fits of rage beyond her control.

And so, as Alex begins her new life, Haven Springs starts to rub off on her, in more ways than one. When a major tragedy strikes the town, keeping the peace becomes an imperative, and it’s about protecting herself just as much as it is about protecting the town. For the most part, True Colors operates the same way as every other Life Is Strange title: As Alex, you walk around and interact with everything and everyone the game will allow you to, occasionally making crucial, life-changing choices through dialogue that affect the world and the course of the story. On the technical level, there are a few marked improvements over past games in the series, especially in terms of visuals. This is the most gorgeous and lush Life is Strange game, with a huge, impressive improvement to the character performances, though it comes at a price. The PS5 port we tested took some heavy hits in frame rate when wandering around the town and stuttered elsewhere. The PC port handled much better, but even there, keeping up with the workload isn't easy on the computer.

Mechanically, though, there's one major addition: There will frequently be the option for Alex to use her powers and read the true emotions from a person's mind, or feel the emotional attachments and memories associated with an object in the environment. At its most benign and hilarious, Alex can see someone having an outwardly civil phone conversation with a customer service rep, only to use her power to hear them internally having an absolute toddler tantrum. At its most harrowing, Alex can read a scared child, only to see the fear physically manifest as a fire-breathing abyssal maw, ready to swallow the child whole at any moment. It allows True Colors to play around with visuals in a way we haven't seen, and on PS5, there's a thoughtful use of the DualSense's haptics that adds another nice layer of immersion to how much of an effect Alex's powers are having on her.

It would be all too easy to make Alex's life a screaming hellscape, with her unable to hide from humanity's worst and most primal instincts, but thankfully, True Colors shows more restraint than that. The vibe is more of a "life comes at you fast" approach where heartache and disappointment creep up and sideswipe Alex rather than flooding over her at all times. The restraint makes the moments where darkness and negativity do pervade land much better. But, for long stretches, the pendulum almost swings too far in the other direction. True Colors is almost too kind as a narrative. Every single character and NPC has a baseline niceness that, while comfortable and soothing, borders on disingenuous given the grim emotional stakes. There's a Gilmore Girls-y vibe to the whole thing; even most of the bastards have their charms, and there aren't a lot of bastards to begin with. The other Life Is Strange games--even Dontnod's Tell Me Why--were more balanced in that regard.

There is still, however, a pitch-black undercurrent to the game, asking big questions about sickness, death, grief, parenting, relationships, and what it costs to empathize with or forgive the monsters who threaten us. Where the game is most impressive is in asking questions that don't have easy answers, and it does recognize that in the spots where it counts the most. One of the most harrowing moments in the game involves Alex comforting a mother who's lost the love of her life, a man who eagerly wanted to be stepfather to her child. The resolution ends up in an unexpected place, with Alex reading the woman's emotions and discovering she secretly resents her child for robbing her of her agency. Even more impressive is the fact that this is not a scenario with an easy solution. Alex using her powers to influence the situation ends up backfiring in a huge way later. This is a problem that Alex cannot solve, and she has to figure out the best way to offer herself and her support to the mother. There are a few situations in the game that maintain that level of maturity, and its final chapter is absolute perfection in that regard: an incredible, ambitious sequence of abstract storytelling, flashbacks, flash-forwards, creepy hallucinations, and beautiful catharsis. But by and large, the game settles for being syrupy sweet and heartfelt. It's a town where the local Nextdoor equivalent is a quirky place populated by residents telling good-natured in-jokes, the local bar is full of awkward couples who are all nice to their servers, landlords willingly defer rent while a tenant is bereaved, and the local cop is a kindly schlub.

Haven Springs is a lovely place to visit, especially nowadays. These are people who deserve to have an empath in their midst, helping them process their negativity and fear into something healthier, and it's a perfect place for Alex to truly come into her own as a person. But the feedback loop is a little stilted. With few exceptions, Alex's immense kindness only comes back to her toward the end of the game. She is essentially the catalyst for anything happening in town. But Alex's own actualization comes from trauma, when she is utterly alone. The typical video game structure of you, the player, being the only one shouldering the burden for an entire community feels more unfair than usual here, and for a game that so wants us to buy into the idea of Haven Springs as a community, that lopsided generosity comes off as a little awkward. The primary complaint really is that previous games in this series had cynicism that our protagonists had to rise above, and the journey to do so felt like more of a struggle, which is something that Life is Strange: True Colors lacks. Until the climax, Alex's journey feels low-stakes across the board, even when it arrives at difficult solutions to problems. It's never in doubt that Alex might persevere and leave Haven Springs better than how she found it.

There's merit in that approach, especially given how the other games have ended on such emotionally devastating notes. Alex being able to just purely help, without compromise, feels good in the moment. This is a game full of well-drawn places and characters with depth and stories worth telling, a game of diners and ice cream shops, flower-covered houses, golden sunsets, and blissful spring festivals. It's a town that puts together an entire town-wide LARP session just for the sake of making one little boy feel better about his life.

There is light that developer Deck Nine just never allows darkness to touch, and there is joy to be had in being able to play some small part in making sure they all do better. But the disconnect between that vibe and the turmoil that brought Alex here to begin with is tangible, and the game would achieve brilliance if those two concerns could connect. Dropping by Haven Springs is still time well-spent--but it's simply a pleasant visit, rather than a powerful, emotionally resonant one.

Justin Clark ran through Life Is Strange: True Colors twice, once on PC, once on PS5. He is currently seeking counseling for his crippling addiction to Mine Haunt. Codes were provided by the publisher. 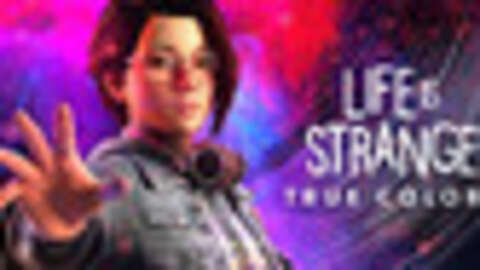 6.8
Sign In to rate Life is Strange: True Colors