Life is Strange, Episode One Review

Love in a photograph.

"It was a dark and stormy night." So wrote novelist Edward Bulwer-Lytton, creating the writing cliche to end all cliches, and inadvertently describing Life is Strange's opening scene. There's also a lighthouse in this scene, that old signaler of melodrama to come, rising above you amid the falling rain. The torrential imagery bookends the first episode of this five-part adventure, but most of the drama is of the teenage type. There are snotty girls to contend with, and privileged jocks accustomed to people bending to their will. Students fuss passive-aggressively on social media, and older adults are either mentors or bullies. This is the world seen through a young adult's eyes, a world in which every sight, sound, and whisper is full of life-ending, life-making meaning.

The particular young adult you play is Max Caulfield--no relation to The Catcher in the Rye's Holden Caulfield it would seem, though Life is Strange’s references are not subtle, so I presume that Max’s similarities to her namesake are not accidental. Like Holden, Max attends a private school, though her primary interest is photography and not football or fencing. She’s back in her Oregon hometown to attend school after spending the last several years in Seattle, where life wasn’t quite what she had imagined. "When we would play pirates in our room and in the woods, it seemed like Seattle was that fabled faraway island of treasure and adventure that we were always seeking. With coffee shops," writes Max in her diary. "But Seattle wasn't like a fable."

As it turns out, life at Blackwell Academy isn't idyllic, either. After a stern lecture by her photography professor, Max wanders through the school’s halls to the bathroom. She’s out of sorts: she had what seemed to be a nightmare in class--that dark-and-stormy-night scenario that began the game, and which showed a tornado roaring towards the town. As Max, you walk past blue lockers covered with posters that admonish students not to text and drive, and comment silently to yourself about the classmates you pass. When Max plugs earbuds into her ears, you hear the light indie-rock you imagine an angsty teen from the Pacific Northwest might listen to--the kind that plays when you enter a Starbucks. This may not be your reality, but it is easy to believe is it Max's. The themes and characters are familiar, in any case: the aloof school principal, the quiet religious girl, and the anxiety of being called on in class when you don’t know the answer.

Well, there is one aspect that is decidedly unreal: you can rewind time. You discover your special skill during your restroom visit, when a heated confrontation between a psychopathic rich kid and the girl that confronts him ends with a bullet in the young woman’s abdomen. In that moment, you reach out to help and time quickly zips back to minutes before, when you are still in class. Now you know the answers when Prof. Jefferson asks you. Now you can tell him what he wants to hear about the photography contest he wants you to enter. And now you have a chance to save an old friend's life.

Time reversal is Life is Strange's most unique element, but also its most problematic. The game is rooted in the adventure formula that has made Telltale Games's Walking Dead series so popular. You walk around the environments, interacting with people and objects, and making choices during dialogue that turn the story in a particular direction. "This action will have consequences," the game tells you, and you then wonder about the potential consequences, and mentally note them when they occur. After a single episode, it is hard to tell how intervening when a security officer is harassing a student will shift the future, but should you not like the immediate reaction, you just rewind a bit and do it over again. It's a nifty effect at first, but the rewind as a whole undermines one of the formula's most treasured elements: ownership of your decisions.

Granted, there are limitations, so you can’t return to the moment of truth when a consequence becomes apparent hours later. But undoing a line of dialogue because a classmate reacts poorly to you diminishes the choice's power. I rarely sweated my decisions, because I could just try again until I landed on the one I liked best. I suspect that I may come to regret seemingly easy choices when more episodes are released and the repercussions play out. For now, however, I don't feel much ownership of Max; In The Wolf Among Us, it was clear that I was playing my Bigby, but after a single episode of Life is Strange, Max isn't my Max--she's just Max.

The rewind mechanic also allows for a few light puzzles. When you rewind time you keep what you have recently picked up, and of course, you have new information you didn’t have before. As a result, you might be able to perform new actions and have new conversations. Rewinding only affects the people and events surrounding you; you remain in place, with any items you may carry, while time retreats everywhere else. In this sense, rewinding your surroundings is like fast-forwarding your own body. You can avoid falling objects, for instance, by rewinding time, moving forward, and resetting time with you further ahead than when you started. Annoyingly, however, Life is Strange breaks its own time-bending rules when it suits the narrative. When you first discover your skill, for instance, you are moved back into your classroom seat, and do not remain in the bathroom. Developer Dontnod has its cake, and eats it too.

Inconsistencies of time reversal aside, Life is Strange is an involving slice of life that works because its situations eloquently capture a peculiar early-college state of mind. Some of the characterizations are too on-the-nose: of course Max’s rebellious friend Chloe smokes weed and talks back to her stepfather, because that’s what rebellious teens do, and of course that stepfather is an ex-military authoritarian with a buzzcut and a bad temper. This is storytelling shorthand, but much of it rings beautifully true. When Max is reunited with Chloe, the tension chokes the air: Chloe feels abandoned and angry at being left behind when Max moved, and at being ignored when Max returned to town. Max doesn’t necessarily have answers for all of her choices, only apologies. These interactions can break your heart specifically because you might have had such conversations yourself. The performances, especially those of the actresses that play Max and Chloe, amplify the laughs, the groans, and the tears in equal measure, even when the dialogue takes a clumsy turn. (As it does, for instance, when you meet Blackwell's creepy janitor.)

Life is Strange sets the stage for later conflict, foreshadowing the storm to come and informing you of a young local woman gone missing. At the same time, the game makes everyone look like a guilty party. The rich frat boy with a gun, the smug school administrator, the stepdad in need of anger management skills--these and other characters have plenty to hide, though it’s impossible to guess what all their secrets might be. The looming tornado and the inconsistent time mechanic seem almost unnecessary as a result, for Life is Strange’s most important drama is the one developing in Max’s own mind.

View Comments (140)
Back To Top
7
Good
About GameSpot Reviews 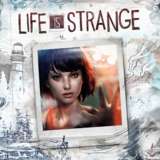 Kevin finished the first episode of Life is Strange in about 2 hours, and noticed he missed a few conversation opportunities when the game summarized his choices at the end. He might not be Max's age anymore, but the game made him feel 19 all over again.