So much depends on the weather.

As a prequel story, Life Is Strange: Before the Storm is surprisingly relaxed about filling in gaps of time. Instead, it focuses on the ways one small decision can set off a devastating ripple effect. Even something seemingly benign, like Rachel Amber bringing Chloe along to play hooky, kickstarts the chain of events we know inevitably shatters lives and families. And within the first few scenes of Episode 2, Chloe finds herself without a school or a home to varying degrees depending on your decisions.

Episode 1 took away Chloe's emotional support only to replace it with Rachel, a shaky companion if there ever was one. Chloe doesn't really have a whole lot else, and Rachel seems to be the only dependable person she can look to--despite her emotional unavailability. We see the beginnings of what Chloe will become as a direct result of her relationship with her, and even at the episode's most joyous and cathartic--and there's a lot more of those moments in Episode 2 than one might expect given the series' history--there's still something about Rachel that screams danger.

Overall, however, there's less of Episode 1's teenage angst and more of Chloe's gradual slide into the Arcadia Bay's dark side. This comes courtesy of Frank, a shady drug dealer who gives Chloe a chance to work off her weed debt by snatching a wad of cash from Blackwell's resident jock, Drew. It seems mildly contrived and unlikely that Chloe would be able to slip back on campus so easily after the game makes such a big deal out of her being tossed out. Regardless, Chloe's walk on the shady side provides a rather harsh chance for you to define her as a person, particularly since all of her choices lead to some ugly results--at the expense of a character who, as we find out, deserves it the least.

Chloe's time seeing Rachel perform in The Tempest provides a nice contrast to the darkness. It's not only a chance to screw over one of Life Is Strange's more despicable characters, but a performance and an aftermath that comprise two of the sweetest moments the series has ever put forth. It's that sweetness that carries you to the climax, a long overdue confrontation with Rachel's deeply conservative parents, and a twist that only time will prove to be a stroke of genius or a soap opera element that Life Is Strange has deftly avoided since its inception.

Despite, or possibly because of, all the plot crammed into such a small space of time, it's probably the least ambitious episode of either this series or the original. The Talkback system from Episode 1 is used sparingly here, and depending on how you want to direct certain choices, it's possible to go the entire second half of the episode without needing to use it. The puzzle elements only apply to Chloe sneaking her way into Blackwell, and none of the scenarios really require more than basic common sense to figure out. One of them can even resolve itself, since Chloe texts someone for help after you've failed it enough.

Hell Is Empty is probably the most blatantly episodic entry between Life Is Strange and Before The Storm, showcasing comparatively few moments outside the opening scenes where the choices seem life-changing or urgent. Yet Deck Nine has effectively made a story with a predictable conclusion feel engaging, and even hopeful against all odds. Right now, it feels like a blessing that they've let Chloe and Rachel Amber have their simple moment in time; right now, nothing can go wrong, the world is full of possibilities. The storm can wait. 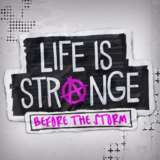 Justin Clark played through Episode 2 twice to see each narrative path play out. A season pass was provided by the publisher. 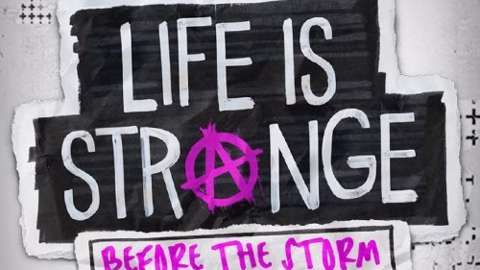 Life is Strange: Before the Storm

Life is Strange: Before the Storm is a new three part standalone story adventure set three years before the events of the first game.