Liberation Maiden is a striking action-packed shoot-'em-up that's up there with the best in the genre.

In New Japan, being president isn't all diplomatic lunches, trade meetings, and the odd cigar-based mishap; for Shoko, it's a far greater challenge. The fate of the world rests on her shoulders and those of her sleek, hyper-fast, fully loaded mech. And together, they're out to save the planet, one action-packed shootout at a time. But knowing that certainly isn't a requisite for getting the most out of Liberation Maiden, even if it's told via some striking anime. Nor does it matter that her enemies--hulking Conduit Spikes that dwarf her tiny mech--are tearing the planet apart from the inside out. No, what really matters is the action. And, boy, does Liberation Maiden have some of the best and most exciting action on the 3DS.

This is classic bullet-hell shooting, done with an attention to detail and finesse that make it a joy to play from start to finish. And it's done without totally relying on classic shoot-'em-up tropes either. For starters, you're not on rails; the third-person viewpoint and tight controls allow you to explore each of the game's levels with ease. The circle pad controls your movement, holding down the left trigger allows you to strafe, and poking the touch screen with the stylus targets enemies and unleashes attacks.

It's a simple setup that works brilliantly throughout each of the game's five stages--particularly as those stages are so well designed to begin with. Small islands covered with skyscrapers and concrete buildings float in a large expanse of blue water, encouraging you to fly between them and explore. There's not much to see, however, except for a lot of things to blow up. Each island is filled with all manner of enemies. Some fire easily dodged lasers at you. Others fire streams of pink energy blobs that require deft reflexes to escape. And there are those--like submarines and warships--that fire homing missiles at you, filling the screen with dozens of tiny rockets all intent on blowing you to smithereens.

It's in those moments, when everything turns into absolute chaos, that Liberation Maiden comes into its own. Your mech is armed with a regenerating energy beam and shield, and the two are intrinsically linked. Each of your shots depletes one bar from your shield, and if you get hit, you lose a shot. It's this mechanic that forces you to think about each and every action as you fight. You can target enemies easily by swiping around the touch screen and unleashing gloriously colourful laser attacks, but do so too much, and you leave yourself open to attack. This system results in some frantic and wholly compelling action as you dodge and fire and studiously analyse all of your movements.

And there are other things to consider too. High-score chasers will want to link together as many shots as possible for chain combos that increase the score multiplier. These combos also add more shots and shield bars to your arsenal, which gives you more opportunities to strike and defend. If you want to generate the biggest bang possible, holding down the stylus on the touch screen charges up your weapon, allowing you to unleash huge energy bolts that tear through the opposition in one shot, albeit at the cost of your shields.

There's a structure to the destruction, though, with missions being relayed to you via radio commands from headquarters. Most of the time you're asked to chase down Conduit Spikes. Lesser Spikes are found on certain islands in each level and are usually surrounded by masses of heavily armed enemies. They're not easy to beat, thanks to multiple weak points that all need to be destroyed, but the challenge is a welcome one. Strafing around them, avoiding enemy fire, launching shots of your own, and figuring out what to target first--the surrounding enemies or the Spike--is wonderfully compelling, and a testament to how tightly integrated the controls and level design are.

There are smaller side missions to take on too, such as having to blow up a set of bridges within 30 seconds or hunt around for a secret enemy weapon. But the biggest challenge comes from the Greater Spikes, the boss battles of the game. There the viewpoint changes, and your movements are limited to strafing around the Spike and dodging up and down. Each boss has a different attack to avoid: one throws rocks and other debris your way, another fires lasers, and the meanest of the lot throws up shields, unleashes a giant robot, and burns through the environment with huge energy beams that tear through your tiny mech with ease.

The bosses are certainly a challenge, and you might not make it past them on the first go, particularly if you're too gung ho and don't analyse their attack patterns. But they are a lot of fun, and a satisfying conclusion to each level. It's a shame, then, that there are only five levels to play through, and you can easily whizz through them in one very enjoyable sitting. Of course, you can go back and reply each stage for high-score bragging rights via the Stage Attack mode, but without online leaderboards, the victory is a hollow one.

Still, Liberation Maiden isn't a full-priced release either, and its thoroughly entertaining content makes its Nintendo eShop download price a bargain--this is easily one of the best downloadable games for the 3DS. While it's certainly a tad short, in every other respect Liberation Maiden feels like a premium game thanks to its sharp, colourful visuals and its supremely compelling gameplay.

PS5 And PS4's Most-Downloaded Games Of April 2021 Include MLB The Show 21, Returnal, And Outriders 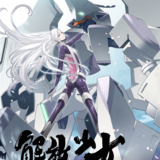 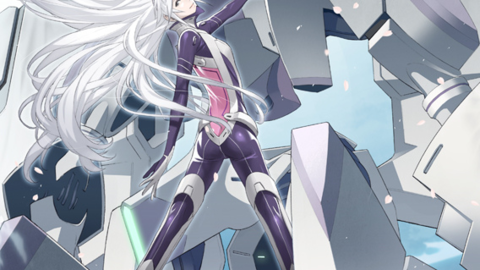