A wink to the past.

In the southwesternmost corner of the overworld map sits a building that houses a slot machine. You've seen this sort of mild gambling den in any Zelda game; pull the lever, match three heart pieces and you win. Here, though, row upon row of slots are being played, their skeletal victims under permanent house arrest by the one-armed bandits. The building is, in fact, a bank. Betting on the slots requires you to purchase shares in various enterprises, all of which are owned by the bank that is manipulating the odds; the financial system is a casino and the capitalist always wins. This isn't your typical Zelda clone.

Lenna's Inception is a top-down action-adventure that is--ahem--very heavily inspired by the Legend of Zelda. Mechanically it is extremely similar to Link's early adventures, but thematically and through a couple of mechanical surprises it finds its own voice. The result is a playful and inventive homage to a classic series of games that manages to distinguish itself from its inspirations.

The setup immediately departs from Zelda tradition, with schoolteacher Lenna roped into saving the world after the prophesied hero--and clear Link analogue--succumbs to an unexpected demise in the tutorial dungeon. Elsewhere, an evil banker has imprisoned the prince of the land, archangels are signalling the end times, glitched-out pixels are spreading across the world, and somewhere a mysterious fridge is on the blink. This is weird Millennial Zelda, touched by creepypasta yet restrained enough to not go full internet meme.

My opening paragraph was a little misleading. In my game the bank was to be found in the southwest corner, but in your game--or indeed my subsequent games--it may not be. Lenna's Inception generates its maps procedurally, shuffling the contents of its world to ensure a new route through the quest each time you start a new game and to allow players to share "seeds" of maps they particularly enjoyed. There's a daily challenge seed, too, further encouraging the sense of a shared experience.

Experiments with the map generation revealed that it's not just the overworld being reconfigured. All but one of the dungeons you enter are unique to your playthrough, from the overall layout to the design of individual rooms, from the critical-path boss dungeons to the small secret lairs you might find hidden away behind a bush or a rock. Further still, the key items you collect along the way are shuffled to the extent that one playthrough might hand you the bomb item immediately while the next might make you wait for it until near the very end.

In itself this doesn't necessarily have any bearing on the quality of the level design, though in general the suspicion is always that a compromise must have been made somewhere, that a procedural level could never be as good as one that was hand-crafted. The trade-off seems acceptable here: We forgo one painstakingly intricate design for the prospect of near-endless hopefully good variations. Certainly the overworld I played through (seed “ystreath” if you want to try it yourself) felt consistent and well-designed--no jarring sections that felt obviously untouched by a human hand. It had a mazelike quality that demanded exploration and was crammed with teases of just-out-of-reach areas I'd have to note to return to later and that in any other non-procedural game I'd credit to smart design.

Dungeon design is mostly solid, with an emphasis on having the right item to allow you to bypass obstacles and finding the various coloured keys to open their respective doors. Save for the final dungeon, they all lack the light puzzle elements you would find in a typical Zelda dungeon, and are poorer for it. The last dungeon, however, takes full advantage of the environment-altering ability of a late-game item to push puzzle design to the fore. Perhaps not coincidentally, it's the only hand-crafted dungeon in the game. Where the procedural generation truly detracts is in the little side dungeons that throw you into a handful of random rooms, lock the doors until you've killed all the monsters, and then reward you with a health or weapon upgrade. They're not terrible in isolation, but they are all essentially the same and wear out their welcome long before you've acquired all the pick-ups they house.

As you find new items--such as a spring that enables you to bounce over gaps or a cigarette lighter that lets you melt ice--you can unlock new regions of the map or return to previous areas to find secrets in classic Zelda fashion, a facet of the genre that is as inherently compelling here as it so often is, even if the execution is slightly off. The random order in which items are acquired does have a tendency to flatten out the experience. Some items have multiple uses, lending a degree of redundancy that diminishes the impact of obtaining a new piece of gear. Still, it's rewarding to nab a new ability and start mulling over all the possibilities, the new places you can now explore. It's a high that never diminishes.

Perhaps as a consequence of the non-linear item progression, fighting regular enemies doesn't require you to use items other than your sword. They can be damaged by several of your items--the lighter sets things on fire and does useful damage over time while the bow, hammer, axe and bombs can all be effective--but there isn't a single enemy that, for example, must be staggered with the hammer before taking damage from your sword. With little variation it's sufficient to mash the attack button in order to survive any non-boss encounter.

Bosses themselves are smartly designed even if they hew closely to the Zelda archetype. The rule of threes applies here, as each boss requires you to perform the same set of steps three times in order to beat it. And each one demands the use of a certain ability you've picked up, though the precise execution tends to not be telegraphed. Quite a few of the bosses had me puzzling things out for several attempts before the eureka moment hit and I knew exactly what I had to do. Fortunately in such instances, death isn't a hassle and you find yourself respawning in the chamber before the boss room.

The procedural aspects of Lenna's Inception lay a solid foundation upon which to build. On top you'll find a handful of NPC quests to follow, some of which test your lateral thinking as you chuckle along with the mischievous sense of humour of the writing. Moments of oddness abound. I found what the game described as a "urine potion" before cheerfully informing me that I would have to drink it to discover what effect it had. My first follower companion was a chicken that would relentlessly peck enemies to death. My last was a librarian who could hurl books with pinpoint accuracy. At one point I donned a growth tunic and ran around as a giant Lenna until she couldn't fit through the door to escape the dungeon. Surprises like these are scattered throughout the entire game and are never less than a joy to discover. There's even an option to play the entire game with either 8-bit or 32-bit graphics.

Lenna's Inception is a lighthearted Zelda-style adventure fuelled by levity and a taste for the bizarre. At its heart, though, it's a testament to the powers of procedural generation. On balance it gains more than it loses, delivering an endlessly rearrangeable, replayable quest that suffers only slightly from the lack of a guiding human touch. 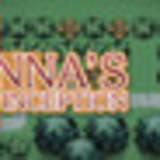 David Wildgoose beat Lenna's quest in around 15 hours before restarting a handful of new games to try out different seeds. He recommends typing in "Hyrule" for what should be obvious reasons. He purchased the game on Steam. 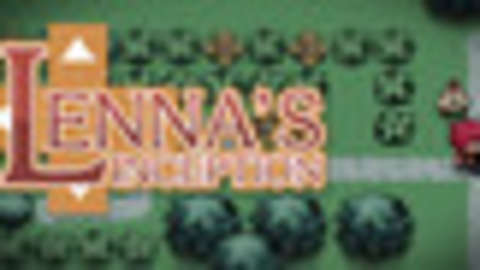