Lego The Hobbit is immediately charming. The title screen shows Bilbo puttering around in his cozy hobbit hole of Bag End, and the wizard Gandalf poking his head in the window. As Howard Shore's beautiful score from the films plays, you can almost feel the warmth from the fire. And from these quaint beginnings, Lego The Hobbit whisks you off on a journey across Middle-earth, getting all the visual details right to transport you to the world of Peter Jackson's films. But despite the game's endearing Lego characters, its appealing sense of humor, and its faithfulness to the films, the act of actually playing Lego The Hobbit is a chore that leaves you firmly grounded in reality.

All of the most memorable scenes and locations from the first two Hobbit films are represented here. You traipse through the lush elegance of Rivendell and the rough-hewn majesty of the dwarven kingdom of Erebor. You battle the mysterious necromancer in Dol Guldur and encounter the dragon Smaug under the lonely mountain. And it's all presented with a humorous touch that only makes this version of Middle-earth more appealing: at one point, for instance, the dwarves construct a key to open a large, forbidding door, but rather than inserting the key into the lock, they simply hurl the key at the door, smashing both to bits. But though it all looks appropriately epic and imaginative, this is one sleepy quest. As you make your way through an environment, your progress is constantly hindered, and figuring out how to advance is never remotely stimulating or enjoyable.

Maybe you need to just run around smashing Lego objects until you destroy the one that gives you the pieces that let you build something that lets you advance. This building process requires no ingenuity on your part; you usually just hold down a button for several seconds as your character tosses the pieces into place. This is how it's been since the earliest days of the Lego games, and the simplicity of the process is getting tiresome. Occasionally, the building process involves a basic minigame in which you see which piece is needed to continue building the object and have to select that particular piece from among several pieces, but even the young children whom this game is designed to appeal to deserve more engaging problem-solving than this.

In some situations, you need specific types of "loot" to construct the Lego object you need to progress. These occasions can be especially frustrating, sending you on a quest far and wide through the game's large environments looking for the type of object you need to destroy to get the loot you need. There are traders here and there who let you exchange one type of loot for another, but they rarely offer the specific loot you might be in dire need of when you encounter them.

You also often need to rely on the abilities of one character or another to advance. You might need to switch to Dori and use his flail to pull hooks loose. Perhaps Dwalin's hefty hammer is required to whack a block into place. Or maybe Bombur needs to sit on a picnic blanket and let other hobbits toss food into his mouth so that his belly can be used as a springy jumping pad. Whatever it is, there's never any sense of accomplishment that comes from doing these things, because the game makes it abundantly clear what you need to do. You don't need to think about it, or play skillfully to do it. You just go through the motions, dutifully switching to the correct character and using his or her ability in the designated spot.

And then there's the combat. Sluggish conflicts that require no skill and have no feeling of impact drag the game down constantly. Again, the presentation does the source material justice: combat often takes place amid massive crowds, and even if they are Lego minifigs rather than highly detailed character models, the way the screen swarms with orcs, goblins, or other foes makes these skirmishes look large and alive and dangerous. When you face powerful enemies, the camera zooms in, and the minifigs perform stylish fight choreography that wouldn't be out of place in Jackson's films. But as usual, the chasm dividing how the fights look and how they feel is wide. Like so much of the action in Lego The Hobbit, winning these battles is a matter of responding to onscreen cues.

There's no shortage of content in Lego The Hobbit. The main story quest covers the narrative films in detail, though frustratingly, it ends on the same cliff-hanger that the second Hobbit film ends on, so there is no resolution offered here. And of course, there are tons of collectibles that you have to return to levels as different characters to nab, perhaps using an elf's ability to walk on tightropes or a goblin's knack for climbing certain walls. There are also plenty of optional side quests to complete across Middle-earth, but they all involve the same tedious mechanics employed by the story quests. Lego The Hobbit proves that having plenty of variety in terms of objectives and gameplay mechanics doesn't make much difference if none of those objectives and mechanics are much fun, and that capturing the look of an epic quest isn't the same as capturing the feel of one.

View Comments (127)
Back To Top
5
Mediocre
About GameSpot Reviews 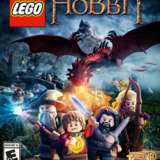 Carolyn is a huge fan of J.R.R. Tolkien and thinks Peter Jackson's films based on Tolkien's work are pretty neat. Lego The Hobbit is the first Lego game she's played since the days of the Lego Star Wars games.