Lego Star Wars is a satisfying hack-and-slash, but more importantly, the Lego style gives players a fresh way to see the franchise.

On its own, Lego Star Wars is a satisfying isometric hack-and-slash that lets players experience the events contained in the three Star Wars prequels. The really ingenious thing about it, though, is the majority of the characters, vehicles, and scenery contained therein have been drawn to resemble the Lego play sets that have been released to coincide with the films. While the commercialism behind this sort of tie-in is obvious, it also lends the game a unique visual style that's unlike the run-of-the-mill Star Wars games we've seen in the past.

You've probably come across Star Wars-branded Lego sets on sale at your local toy store. Each set typically includes a bunch of bricks that can be put together to form a specific ship or vehicle from one of the movies, along with two or three Lego "people" painted and clothed to look like specific characters or droids. These same finished vehicles and people are what you'll find in this game. The Lego concept has been incorporated brilliantly. When you slice up a battle droid, it falls apart into individual Lego bricks. When you run across an object that transforms into something else, the individual Lego bricks disassemble and reassemble right before your eyes. The characters all have rounded heads and squarish bodies, just like actual Lego people do. Little details, such as the plastic blaster guns and lightsabers the characters carry around, are also evident in abundance.

Apart from the unique visual style afforded by the Lego license, the game otherwise looks and sounds like any other relatively well-funded GBA game. The isometric backgrounds are crisp and colorful, and they clearly resemble locations from the Star Wars films--namely Naboo, Tatooine, Geonosis, and Kashyyyk. The environments aren't very lively, but you'll notice a flickering lamp or a hungry Sarlacc here and there. The characters are easy to recognize, even though they're made of Lego pieces, and the animation is smooth enough so that their attacks (particularly lightsaber ones) look elegant and punishing. Wisely, for the game's soundtrack, the developer just lifted music and sound effects right from the movies. The familiar John Williams score is like an old friend you never tire of hearing. Meanwhile, the cartridge is packed with recorded sound snippets that range from buzzing lightsabers and blaster shots to a healthy assortment of "rogers rogers" and droid chatter, all of which Star Wars fans will instantly recognize.

You don't need to be a Star Wars fan to enjoy the game's elegant hack-and-slash design, but you'll certainly get more out of it if you are one. The levels in the story mode put you in control of various characters. Each has a basic jump move and small set of attacks, as well as a special skill that's unique to that particular character. Anakin can throw his lightsaber like a boomerang, Obi-Wan can cast out a Force push, R2-D2 can activate computerized locks and use his thrusters to fly across large gaps, and so forth. In some levels, you can switch between different characters on the fly, which is useful when you need to use a specific skill to get past some lock or obstacle. Enemy droids are plentiful and fairly liberal with their blaster fire, but they're not very good at avoiding attacks, which is about par for the course in a hack-and-slash-style game. You start each level with six health points and get tossed back to the entrance when you run out. Luckily, there are power-up items located in boxes--and available for purchase from Jawas--that can refill your character's health or enhance his or her strength or speed for short periods of time.

Each level is based around a scene from one of the prequels. Some levels give you an objective to fulfill, such as fueling up starfighters or destroying a certain number of battle droids. But more often, you only have to worry about finding the exit and destroying whatever droids and guards get in your way. The level designs are straightforward, but they're large and generally contain a fair number of optional doorways and consoles you can interact with.

In all, the story mode contains 14 individual levels, which are organized into three separate episodes and then split up. So you'll actually end up playing through more than 30 separate missions when all is said and done. Most people won't need any more than three or four hours to finish the entire story mode. That may seem short, but there's also a free play mode that lets players jump right in to any level with the character of their choosing. New characters are unlocked based upon the number of enemies you destroy and the number of tokens you collect in each level. A grand total of 15 characters are available. The game is both enjoyable and simple enough that most players probably will invest some time in the free play mode after finishing the story mode. Star Wars fans, in particular, will have loads of fun running through familiar scenes with badass characters like Darth Maul and adult Anakin.

As Star Wars games go, Lego Star Wars on the GBA is one of the better ones. It's faithful to the characters and storylines from the movies, and it's also a solid hack-and-slash with a good variety of characters and levels. More importantly, the Lego style gives players a fresh way to look at the franchise, which is much appreciated considering that more than 100 different Star Wars games have been made up to this point, seven of them for the GBA alone. 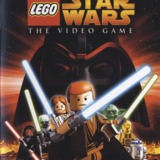 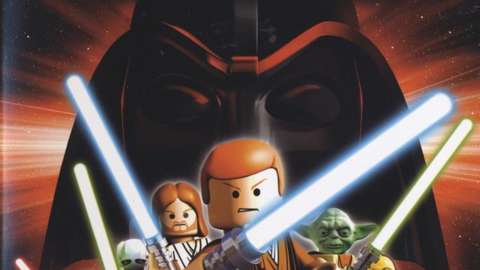 Lego Star Wars blends Lego toys with the characters, stories, and vehicles from the prequel eras of the Star Wars universe. Now you can experience scenes from The Phantom Menace, Attack of the Clones, and Revenge of the Sith while controlling characters such as Obi-Wan Kenobi, Yoda, and Anakin Skywalker.