The second Indiana Jones adventure expands and builds upon the previous, making for the best game yet in the Lego series.

Every so often, a movie director inexplicably decides to remake a film, tampering with the fine balance that made the original work and tarnishing the memories fans held so near to their hearts. Remaking an already-entertaining experience is a risky proposition because it is so difficult to capture the magic the original exuded while including enough new material to warrant a rerelease. Luckily, Lego Indiana Jones 2: The Adventure Continues avoids these deadly pitfalls, crafting an all-new adventure that is a step up in almost every way from its forbearer. The joyful exuberance emanating from these miniature Lego figurines is once again on full display here, but it's the freedom the levels offer that keeps things moving at a better pace and makes it even harder to put this great adventure down. Though the flaws that have haunted every Lego game thus far still exist, they have been carefully shunted to the side, ensuring the laughable AI and overly simplistic combat never hinder your fun. Lego Indiana Jones 2 is the best entry yet in the long-running Lego franchise.

Unlike the previous game in which only the original trilogy was covered, Lego Indiana Jones 2 encompasses all four movies in the Indiana Jones tetralogy. The focus is placed on The Crystal Skull, on which half of the game is based, but don't let the uneven reception to Indy's latest film taint your view of this game. The Crystal Skull-themed levels succeed where the movie failed, taking full advantage of the roll-your-eyes nature of the film to create a silly experience that doesn't have any problem taking shots at the source material. There are three acts based on the movie that introduced the world to the crazy concept of using a refrigerator as a one-person bomb shelter, whereas the other three movies have just one act each. However, the top-notch quality exists across the board, and the all-new adventures constructed around the original trilogy are deeper and more varied than those offered in the original game.

The most immediate difference between the first and second Lego Indy games has to do with how the levels are structured. Previously, you made you way through a series of stages--solving puzzles and fighting goons--until you reached the mythical macguffin waiting for you at the end. Although those levels still exist, they are embedded within an open-world structure. Each act has its own hub world in which to roam around, and these wide-open environments contain a number of unique puzzles and obstacles to conquer. This sandbox structure lets you tackle objectives in whatever order you wish, so you can spend time trying to find every last stud buried in the sprawling oasis or quickly leap from one level to the next to progress through the story. This freedom ensures that even the trickiest puzzles won't stand in your way for too long because you can always go off and tackle another problem if you can't figure out how to advance.

Currency is also far more important this time around. Previously, you could spend whatever studs you collected during the course of your adventuring to buy fabulous prizes outside of levels, but now, you must use your earnings to solve puzzles. There are vehicles to find, unbury, and purchase; enemies to defeat and then give coin to in order to take control of them; and special packages that drop from the sky when you reach a certain goal that are just waiting to be opened after you plunk down your hard-earned cash. These purchasable goods give you a reason to bash every block and smash every tree as you continually build your ever-expanding bankroll.

By purchasing new items as you progress through each movie world, you open the door to a number of new gameplay situations that keep the action fresh. When you acquire a new character to control, you have access to a new set of moves that let you tackle previously impossible puzzles. For instance, some characters have a wrench to fix up busted machinery while others have a bazooka to destroy chains and metal boxes. Whoever holds the crystal skull also has a temporary force field that spiders and snakes can't penetrate. Vehicles also play a much larger roll in Indy's latest adventure, although these portions are one of the few places in which Lego Indy falters. There are a number of checkpoint races and destruction derbies to compete in, but the driving controls are wonky. This makes the events more unpredictable than they ought to be and far too chaotic. Furthermore, the camera doesn't give you a wide enough view of your environment, making it difficult to hit a hairpin turn or fly off a ramp at the correct angle without slowing down first. It's still a lot fun to T-bone a pesky AI rider or just bash it off a cliff, but the driving sections are the weakest portion of the game.

Thankfully, the traditional puzzle levels don't have any such problems. Indiana's whip plays a much larger roll this time. You can swing from hooks in the ceiling, latch on to far away items, and even wrap up enemies then drag them around with you. This mechanic crops up in a few of the boss battles, and it's a lot of fun to tie up an angry shaman then toss him in a spike pit or hold down a gun-toting maniac while you ready the blow torch. The puzzles are as varied and challenging as they were in the previous games in the series, but there have been a few tweaks made to lessen the frustration of playing with an AI pal. The number of puzzles that require two players to work in tandem have been reduced, so you rarely have to wait around for your computer companion to fulfill its duties. Furthermore, combat is less common now. Enemies rarely flood the screen in droves, delaying you from tackling the clever puzzles. Instead, usually only a few enemies are on the screen at any given time, letting you quickly dispose of them before moving on to more interesting matters.

When you finish playing through the six-act adventure, you can jump into the level creator to design a few levels of your own. The builder lets you create sections similar to what you would find in the main game, changing the height of the terrain, filling it up with destructible objects, and even using buttons or switches to cause the level to change at a moment's notice. It can be a difficult and painstaking process to design a level from scratch, but once you get a feel for how a puzzle should flow, as well as the distances your characters can jump, it only takes a bit of patience to make something really cool. You can also edit levels you've already played through in the game, which makes it easier to understand what does or does not work and how best to start your creative process. There is one major problem in this creator, though: There is no way to share your work. It would be fascinating to download levels from Lego artists around the world or share a puzzle you feel particularly proud of--but there is no opportunity to become part of the community.

There is a lot of content packed into this package. It will take quite a few hours to play through all four movies, and once you complete them all, it's worth going back to solve the puzzles that stumped you the first time around to pick up the many items you missed or simply couldn't afford. And when you finish with the developer-made content, you can build you own epic adventure from scratch. Lego Indiana Jones 2 is the proper way to remake an already-entertaining product. Even the cooperative aspect has been improved by allowing players to wander off alone. This splits the screen in two and the halves expand and rotate depending on where you're standing and what tasks need to be accomplished. By building and expanding upon the elements that made the original so darn fun, the second Indy adventure is better in every way. This is a great adventure whether you're a returning veteran to the Lego franchise or are looking to grab a Lego whip for the first time. 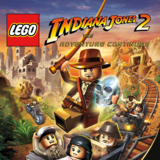 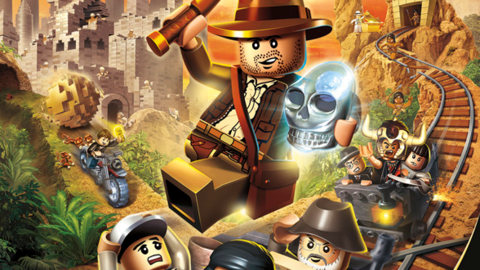 Indiana Jones returns with an all new Lego adventure.

7.6
Sign In to rate Lego Indiana Jones 2: The Adventure Continues