Legends of Wrestling II is difficult to recommend to all but the hard-core wrestling fan looking for a little nostalgia.

Like its predecessor, Legends of Wrestling II features a great concept--it allows you to play as some of the greatest personalities in the history of professional wrestling, such as Hulk Hogan, Bret Hart, and Andre the Giant. But while it executes a few things quite well, the game's finer points are largely overshadowed by its flaws, most notably the sluggish controls. Indeed, the same can be said about Legends of Wrestling II's different modes, which feature a relatively unique approach but are undermined by the substandard gameplay.

For the most part, the match types in Legends of Wrestling II aren't all that different from similarly named matches in other wrestling games. There's a one-on-one, three-way, four-way, a battle royal where up to 30 wrestlers participate (though they're not all in the ring at once), steel cage, and ladder matches. The steel cage match is setup particularly well because there's actually a door on the side of the cage that must be smashed open before any of the wrestlers can escape, but even after the door is open, wrestlers won't automatically jump off the ring apron, to the ground. Instead, you'll be forced to tap one of the face buttons repeatedly until a small meter that appears on the screen is completely drained--it works quite well and gives opponents a chance to make one last effort to prevent other wrestlers from leaving the cage. The ladder match is also a little different in that the belt is totally out of reach at the beginning of the match, even if a ladder was used. Over the course of the match, and as the wrestlers receive more damage from each other, the belt will slowly start to lower and reach a point where any wrestler can grab it by climbing the ladder.

Legends of Wrestling II also features a tournament mode where you can compete in standard, tag, or tag team title tournaments, but the game's main attraction is the career mode, which essentially functions as Legends' story mode. Basically, you'll pick a wrestler and then select one of five regions (that are separated much like the old pre-WWE wrestling organizations were in real life) to compete in. Once you've selected a region, you'll talk to the local promoter who will give you the generic “make a name for yourself “speech. The mechanics for making yourself popular in the region are pretty straightforward--in each match there's an excitement meter that fills under different circumstances. These can range from using a variety of basic moves or high-flying maneuvers to bringing the fight outside the ring and using weapons, but you can just as easily deplete the meter by performing the same move repeatedly. At the end of the match, you'll be given bonuses if you performed well, and your overall popularity in the region will increase. Of course, with more popularity in the wrestling world comes greater challenges, and as you work your way up through the ranks, small storylines will start to develop between your wrestler and some of the bigger names in that region, but you won't see any sort of WWE style story arcs--most of these conflicts are simple rivalries. It's an interesting take on the traditional story mode, but it's in dire need of stronger story elements and just better overall presentation.

Legends of Wrestling II's gameplay also gives little reason to continually play through the career option. It's not that the basic mechanics are horrible since they're pretty much the same generic scheme used in dozens of wrestling games over the past few years where different buttons correspond to different moves while in a grapple, but it's that everything feels so sluggish. It takes wrestlers a split-second or so to react to any sort of single button or multiple button combination, so if you want to punch or grapple properly, you'll have to get used to the slight delay. In addition, there just aren't all that many moves in the game--you have really basic assortment of standing grappling moves, a few ground submission holds, and a special finisher. By the time you play your third or fourth match, the wrestling will start to seem stale and repetitive. The counter system from the original game also makes a reappearance in Legends of Wrestling II, and it functions by pressing a corresponding button at a certain time to properly reverse a move, and it can actually be quite fun because it requires quick reflexes.

The game's visual style really hasn't changed all that much since the original Legends of Wrestling. The character models all retain a cartoon-over exaggerated look that works well with this game, considering most of the wrestlers in the game are pulled from the 1970s and 80s when wrestlers were considered to be almost like comic book characters. However, the animation isn't all that great and lack of transitions between animations is really apparent, especially in the wrestler introductions. Moreover, while the arenas look better than those in the original game, they're still relatively poor simply because the crowd looks so bad and there's not a whole lot of secondary detail. The GameCube version has some frame rate problems, but they aren't nearly as bad as those in the PlayStation 2 version.

Interestingly, some of the wrestlers have some form of their actual entrance music, such as Hulk Hogan, who has his WCW introduction music, and wrestlers that don't have real entrance music have something that sounds reasonably close. The rest of the music in the game is made up of licensed tracks from a variety of bands, and while none of it is particularly good, it fits well with the theme of the game. There's also some voice acting used to give the regional promoters in the career mode a little more personality, and surprisingly the performances aren't all that bad.

From Hulk Hogan and the Iron Shiek to Owen Hart and Bruno Sanmartino, Legends of Wrestling II's significantly improved roster gives you the chance to play as some of the greatest wrestlers to ever appear in the squared circle, but as enticing as that sounds, the gameplay just doesn't live up to the concept. The action gets repetitive because of the lack of moves and just general sluggishness of the controls, making it difficult to really get into the game. In addition, the GameCube version lacks some of the better secondary features in Legends of Wrestling II, such as the great video interviews with many of the wrestlers featured in the game. Ultimately, Legends of Wrestling II is difficult to recommend to all but the hard-core wrestling fan looking for a little nostalgia. 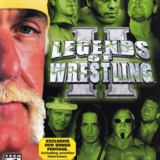 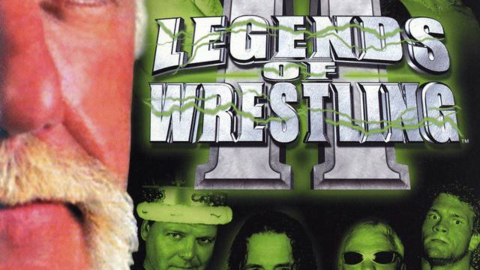 Legends of Wrestling II is difficult to recommend to all but the hard-core wrestling fan looking for a little nostalgia.