Legend of the Guardians: The Owls of Ga'Hoole Review

This short flight of fancy has its charms, but it gets stale fast.

When you see a stately owl perched on a cragged branch, its dignified demeanor brings to mind intelligence and good grace. Author Kathryn Lasky explored the secret lives of these feathered folk in her Guardians of Ga'Hoole series, which proved popular enough to spawn an upcoming animated film called Legend of the Guardians. The game of the same title is the inevitable kid-friendly tie-in, and it's not a bad one. As a young owl named Shard, you zip about, crashing into bats and the evil owls knows as Pure Ones, sometimes taking a break to take out some turrets or rescue a few helpless owlets. (You may wonder how owls created defensive structures with just wings and talons, but no matter.) It's unfortunate that the fun is so short lived. This $49.99 game clocks in at about three hours, but the simple mechanics and repetitive missions lead to monotony long before you reach that final hour. Legend of the Guardians is attractive and accessible, but even the most patient younger players will grow bored before it's over.

You play as young guardian Shard, whose father was wrongfully accused of betraying the residents of the Great Tree. The film's story follows that of the first three novels in the series, but the game seems to have little in common with those initial books. Shard was created specifically for the game, and does not appear elsewhere in the franchise; owls like the members of The Band are given tiny cameos; and concepts, such as mysterious particles known as flecks, are never adequately explained. Those familiar with the tale may get some enjoyment out of seeing some of their favorite characters come to life onscreen, but they will be disappointed that they don't get to reenact important events from this avian tale. Newcomers will be in the dark; the game assumes you already know this world and its leading players, and it does a terrible job of filling in the gaps. Even the well-acted narrations and lovely still illustrations are unlikely to make the story seem particularly sensible to neophytes. In a nutshell: You fight a bunch of flying creatures, rescue some owlets, and protect some feathery firefighters, all while discovering some unsettling truths about the antagonistic Pure Ones. At least, the cast tries its best to get you invested. Most of the voice acting is enthusiastic, if not quite terrific, though one companion's abysmal Australian accent may cause some inadvertent giggles.

You spend the entirety of the game in the air, though Legend of the Guardians isn't so much a flight sim as it is an airborne action game. Combat is extremely simply: You hold a bumper to lock on to an enemy (or defensive tower, or other vital object) and press a button to attack when you are close enough for the attack prompt to appear. You have two attacks--a standard attack and one that breaks through armor--and eventually unlock the completely pointless ability to do a 180-degree turn midair. Two other skills are much more important and interesting, however: You can give yourself a quick burst of speed and order a wingman to attack a particular target. Both of these actions are dependent on filling your prowess meter by defeating enemies and performing dives.

Battles are initially fun. By locking on to a flying fiend and pressing the attack button, you go zooming toward your enemy and wallop it with your claws, possibly stringing several attacks together into a combo. It's enjoyable to launch into a Pure One multiple times in a row, increasing your combo count until your talons start to flame and you can really deliver the hurt. It's most enjoyable when you must fend off feathered foes while collecting burning coals and launching them at ballistas or while rescuing young owls and flying them to safety. One such mission, in which flight-interfering fleck towers and flame-spewing spires provide additional challenge, is particularly entertaining and keeps your fingers active. There is even a fun boss fight in which you must defeat a cackling queen that can hide behind a fleck-powered veil--though most boss battles, like the majority of Legend of the Guardians, are super easy and just require you to attack longer rather than demonstrate any skill. You unlock more powerful sets of armor to wear, but you never feel any more powerful, just because you didn't feel all that weak in the first place.

It's this simplicity that ultimately leads to the game's greatest weakness: monotony. Everything you do boils down to locking on to something and pressing a button, over and over again. It's how you attack, how you fly to your mission objective, and how you collect objects. While you unlock a few different moves and sometimes need to be conscious of which of your attacks to perform, you perform the same basic action time after time. This repetition could have been countered with varied mission design, but all too many sequences involve tossing hot coals at various objects and beating up on bellyaching birds. There are a few attempts to mix things up, but many of them don't work out to well. In some cases, you must follow a flock to its destination at a safe distance, but simply flying from here to there isn't very exciting. The same goes for a frustrating, overly long fly-through-the-rings sequence. Even mechanics meant to spice up the moment-to-moment combat don't always work out that well. Sometimes you must press a contextual button to evade an oncoming attack, but the prompt may appear just as you are initiating attack. All too frequently, a simple attack ends up with you getting knocked back by an unruly owl, simply because these prompts are mapped to the same buttons as your attacks. A special attack in which you tangle with a foe as the two of you plummet to the ground looks great, but it can sometimes be disorienting and cause you to start banging into cliffs.

There are some unlockable mission areas to explore as you complete each set of story objectives, though these missions don't stray from the simple tasks that you frequently perform in the main campaign. If you really love Legend of the Guardians, you can play again using another of the four owls available to you. (Though it makes little sense that you get to select different owls with different statistical attributes--yet you're still playing as Shard.) But these additions don't much enhance the value of this short and simple game, which makes it hard to stomach the cost. Yet Legend of the Guardians is hardly a licensed disaster. It's an attractive game in which rampaging birds flit through the smoky skies above rocky cliffs, snowy mountains, and crooked trees. It also offers a bit of freewheeling joy, particularly for readers into Lasky's books. But that plain foundation never evolves, so while the game inspires some grins, it inspires too many yawns as well. 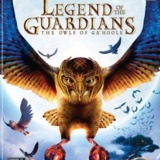 Legend of the Guardians: The Owls of Ga'Hoole
Follow
$9.99 on Walmart
Buy 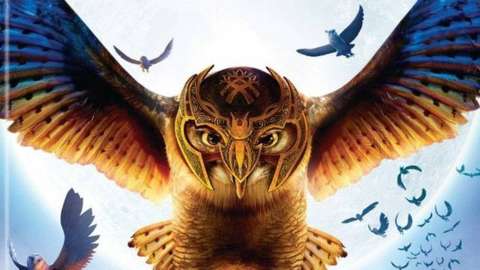 Legend of the Guardians: The Owls of Ga'Hoole

This games allows you to play the roles of your favorite chracters from the film and book Guardians of Ga'Hoole series.

5.8
Sign In to rate Legend of the Guardians: The Owls of Ga'Hoole