While it's a good first try, Sony's inexperience with the genre shows through, resulting in a highly generic RPG with some out-of-this-world FMV.

After Final Fantasy VII hit the streets, RPGs finally got their due. As the laws of economics dictate, this spurred everyone to develop RPGs. Envying Square and touting similarly large-budget potential, Sony itself entered the fray with The Legend of Dragoon. While it's a good first try, Sony's inexperience with the genre shows through, resulting in a highly generic RPG with some out-of-this-world FMV.

The Legend of Dragoon starts out the same way as many other RPGs. The spiky-haired Dart already has one vendetta against the mysterious Black Devil, who killed his father, but it's time he had another. For unknown reasons, the Sandora Empire burns down his village and imprisons his childhood friend, Shena. Infuriated, Dart impulsively storms out to rescue Shena. Shena's kidnapping is merely the tip of the iceberg of a much grander, more sinister motive. During his globe-spanning quest, Dart is transformed into a Dragoon, a warrior cloaked with the power of the Dragon of Fire. To defeat the Sandora Empire, Dart will have to find the other six Dragon Spirits and people to use them so the Legend of Dragoon may be fulfilled. Along the way, the magical septet will learn about one another, accrue additional vendettas, and save the world.

The Japanese have a word for stories and setups as predictable as this - sentai. The name was given to the expansive, formulaic Japanese Power Rangers genre, and the only thing that doesn't scream sentai here is that there are seven "rangers" instead of the more traditional five. Dart, for example, fits into the typical leader position, as he is clad in red. Before too long, you'll be able to easily predict who will join the party simply by the color of their outfit rather than whether they have a character portrait or not.

With a story so trite and borrowed, one would hope the gameplay was at least a little different. Arguably it is, but not at all in any of the right ways. You guide Dart, with the rest of the party cleverly concealed on his person, around prerendered backgrounds and get in random encounters with monsters, much like the recent offerings of the Final Fantasy series. Eschewing magic almost altogether, The Legend of Dragoon relies on its more mundane "Additional System" for spice. When attacking, you must tap the button as the character connects multiple times, allowing said character to perform a stronger attack. Only one such Additional may be used at a time, gradually gaining strength the more times it's successfully used. Every few levels the characters will get new Additionals that can be turned on from the submenu, but only one can be used at a time, forcing you to watch and tap out the same attack over and over again. Once your characters have the ability to transform into Dragoons, Additionals also charge the character's spirit meter. Once the meter is full, the character can transform into a Dragoon and remain that way for one turn for every time you fill the meter. As a Dragoon, you have two options - Dragoon Additional or Dragoon Magic. The former prompts you to tap a button four times consecutively to charge a meter, which results in a powerful aerial assault on the enemy. The latter fits the standard definition of magic, but on a grander, more time-consuming scale.Without general access to magic, how do you heal your party? Legend of Dragoon relies heavily on defending, a first for RPGs. Not only does defending halve all damage taken from enemies, but it also restores 10 percent of the character's max hit points. This fact, combined with a limited inventory and a short supply of money, means you're going to be spending a lot of time defending. In fact, defending for five or ten turns in a row when fighting a boss is not only common but also necessary. With so many steps required to fight bosses, heal, or use magic, Legend of Dragoon sports some of the longest and most tedious monster encounters in any RPG to date. Expect to get bored quickly with spells and attacks that you've already seen a thousand times before.

Legend of Dragoon lacks a visual style to make it interesting to look at - the character designs are missing personality and innovation, with characters often only describable by the color of their clothing. The world, too, follows the same line of thinking, resulting in a boring world rendered by some rather talented 3D artists. The large number of CG movies that fill the game's four discs are technically impressive, but they still lack that certain visual edge needed to really captivate you. The real-time 3D graphics, however, aren't as technically impressive as the prerendered stuff. Fraught with rendering errors that seemed to disappear long ago from most other PlayStation games and being low on textures, the game's real-time graphics fit somewhere in between the flat-shaded sameness of Final Fantasy VII's art and Final Fantasy VIII's textured wonders. The models themselves are blocky and heavily jointed. As Legend of Dragoon is generally devoid of magic, the minor spell effects aren't impressive in the least, and the Dragoon magic sequences are overdone and overlong. The game's sound is neither technically nor aurally impressive, relying on hackneyed instrument samples and uninteresting musical composition to push the game along. While token voices do appear in CG scenes or when characters call their moves, they don't particularly add to the experience.

Sony's on the right track, but it's got a ways to go before it can hope to produce an RPG with the polish of a Square game - pieces of the puzzle are here, but the overall experience just isn't there. Legend of Dragoon borrows too heavily from other games and lacks that "hook" to make it worth dealing with excessive defending, a thin story you'd expect to see on Power Rangers, and aural competence. 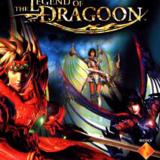 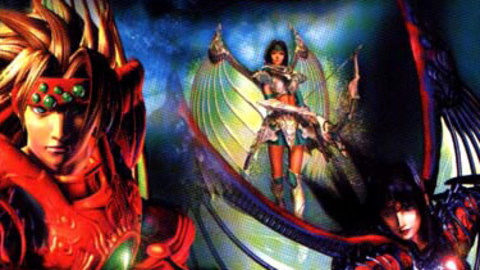 The Legend of Dragoon

While it's a good first try, Sony's inexperience with the genre shows through, resulting in a highly generic RPG with some out-of-this-world FMV.