Not everyone enjoyed Blood Omen: Legacy of Kain, a top-down action-adventure in the vein of Nintendo's classic Legend of Zelda. But many were compelled to play it through because of its remarkable story, told by its eloquent vampire protagonist. And Kain's vengeful narrative is the solitary precedent for Soul Reaver, Blood Omen's sequel, which is a 3D action game focussing on his firstborn son. As a sequel to a story, Soul Reaver expands upon Blood Omen by shifting the perspective and complicating, rather than recycling, the preexisting themes. And as a sequel to a game, Soul Reaver boldy abandons all but its most essential ties to its predecessor, even as it conspicuously resolves the original's technical problems. But while Soul Reaver starts strong, both as a testament to storytelling and technical achievement in its genre, its gameplay gradually wears thin and ultimately falls short of the game's high ambitions.

Kain's world of Nosgoth is teetering on the brink of destruction by the time his son Raziel rises from an ancient grave in a watery abyss. However, Nosgoth is an entirely beautiful place even in its death throes. Gentle rainfall, bleak skies, and decrepit architecture subdue what would otherwise be a majestic countryside, one so vividly realized that it often looks real. Interior architecture is similarly detailed but even more unbelievable in scope and scale. Gigantic vents and furnaces, subterrannean lakes and catacombs, and other mysterious natural, unnatural, and supernatural vistas abound and make Raziel's travels constantly impressive to behold.

Raziel's ability to shift from the material plane to the spectral plane at will is especially remarkable; this transition bizarrely and beautifully affects his environment, which bends and twists as its colors warp. Other special effects, including Raziel's ghostly blade from which the game takes its title, are equally stunning. However, if you can tear your eyes away from the scenery, you'll notice that some of Raziel's enemies look a little plain and that texture maps on the scenery can split at the seams from time to time. The camera angle can get confusing as well - but all these are negligible nuisances in what's an otherwise incredible-looking game. Yet in spite of its graphics, Soul Reaver's strongest technical achievement must be that the game never, ever pauses to load new scenery, a feature that will spoil you the next time you try to play just about any other action game.

Of course, while the scenery around Raziel will change constantly, he himself remains a constant. Fortunately, he's animated and articulated so well that you won't mind looking at his emaciated body and tattered wings as much as you might expect. Control is tight and responsive either with keyboard or game pad, and in fact, it's a real pleasure to watch Raziel lithely jump, climb, crawl, and fight - almost as much as it's a pleasure to hear him speak. Just as in Blood Omen before it, the quality of Soul Reaver's professional voice acting is matched only by the quality of its script. Characters like Raziel and Kain come alive through their speech, and Raziel's embittered conversations with his brothers make the subsequent battles feel all the more meaningful and epic. An appropriate soundtrack spurs you into action during such fights, while it inconspicuously plays in the background at all other times, though you may start to notice it becoming repetitive.

The soundtrack's repetition becomes evident only when the gameplay itself surrenders to routine, which happens rarely but with increasing frequency over the course of Soul Reaver. Raziel has a remarkable array of talents that should have precluded this game from ever slowing down: He can jump five times his height, he can practically fly, he has superhuman strength, he drinks souls, he shifts planes, and he's completely immortal. While these abilities come into play more often than not in Soul Reaver, at other times Raziel is reduced to such menial tasks as arranging blocks in obvious patterns to unlock doors. Some of these block puzzles are fun, while some of them are not, but there's really no question that the game has too many of them.

And although you wouldn't expect to lose a fight if you were immortal, Raziel's few types of foes rarely pose a threat or present any challenge. Before he acquires the Soul Reaver weapon, Raziel at least needs to think about how to dispose of his enemies using appropriate anti-vampire methods, such as throwing them in water or sunlight or burning or impaling them. But his spectral sword lets him slay his victims almost effortlessly, to the point where you'll reminisce about how you used to get by without it.

Fortunately or unfortunately, combat isn't frequent in Soul Reaver. More often than not you'll be working your way through the environment in search of Raziel's brothers, taking heed of your powers and weaknesses as you progress. All the while, Raziel's gifts of immortality and plane-shifting allow for unique and clever puzzles and challenges, even as they justify the elimination of frustrating save-and-reload scenarios so common in most 3D action games, in which death comes swiftly and often. Raziel gradually acquires certain powers, such as swimming and phasing through doors, but his basic skills - running and jumping - are ultimately his strongest.

By the end of the game you'll feel that you're relying on Raziel's peripheral abilities too often and that the action that made the first half of the game so outstanding has been almost completely replaced by badly contrived puzzles. It's practically obvious that more effort went into the first hours of Soul Reaver than the last, and it's true that the game's abrupt and entirely unsatisfying ending sequence was the consequence of a decision to cut the game short and leave room for a sequel. Apologists would argue that the game's anticlimax merely enforces your empathy for the tortured, fratricidal protagonist. But while the steady decline of the game's initially near-perfect pacing will assuredly dampen your overall experience, that doesn't change the fact that Soul Reaver is original, enjoyable, and an excellent game by any standards except its own. 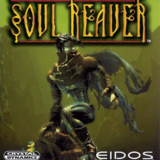