Peeling back the ears

Horror games are synonymous with the monsters that stalk them. Some, like Pyramid Head from Silent Hill 2, have become icons in their own right. Others exist only to torment and tease players who dare invade their digital domains. Either way, discovering them is a key pleasure for fans of the genre.

So it came as a surprise to find there are no monsters in first-person fright fest Layers of Fear.

Sure, there are traps and ghosts lurking in slime-filled rooms that can kill you if you get too close. But they're few and far between, part of the scenery, and whether you trip them or not is more luck than judgement. Death means only a grim cutscene and retracing a few footsteps. You can't run or hide from them, nor interact with them beyond your instant demise. There's no aiming, jumping or fleeing at all. It feels a little disappointing, until you realise that there is one active monster in the game, and it's the one behind the keyboard.

What every good horror yarn needs is a unique spin, and Layers of Fear delivers that, quite literally, through artistry. You play as a painter, who has returned to their house and studio to complete their masterwork. Your only instruction at the start is to "finish it". Beyond that you must wander the sizeable halls in first-person view, working out for yourself what to do and how to do it. The time period is perhaps purposefully unclear, but seems to be mid-20th century. There is paint daubed liberally over the environment, smears of jarring colours running over the furniture and floors. Walls bear distorted versions of classical masterpieces. The visual style has clear nods to surrealist painters such as Bacon and Goya. It creates a unique and disturbing environment to explore.

"You realise that there is one active monster in the game, and it's the one behind the keyboard."

Soon it becomes clear that your past contains ghastly secrets, alcoholism and insanity being two of the more palatable ones. Scraps of text found throughout the house build a fragmentary backstory. Many of these show how commonplace your life once was, illustrating how ordinary most monsters must look from the outside. It's down to the player's imagination to colour in the substantial blanks with nightmares of their choice. After a short time I found myself appalled enough by my own avatar to start mouthing questions at it: what did you do? What did you do?

Later, a disembodied voice whispered "you deserve this, all of it," and it felt like I did. Shortly after, I found a mirror and gazed on my own reflection, expecting to see a monstrous figure or some other scare. But there was just a normal man staring back at me. The shock came from understanding how ordinary most monsters seem on the outside.

Tragedy tempers the tale in the end. There are hints of it throughout from deranged messages on the walls to a scrawled drawing of a sad face hidden on a child's toy. Sometimes this breaks into banality with clumsy nonsense suited to a high-school poet. But on the whole it works, lending the narrative and the character a weight of realism. This is the story of a man failing to live up to his responsibilities and lashing out.

With you cast as the central monster, and a sympathetic one at that, Layers of Fear has to go elsewhere for both challenge and jump scares. The latter comes from puzzles, most of which are light and come down to scanning the environment for visual clues. You interact with the house by clicking and dragging to move items and open containers. It's a tried and tested way to add touch to a virtual world, but the implementation here is poor and can leave you frustrated as you grab and fumble to no avail. Doors accidentally shut before you can go through, and it proves hard to open more than one drawer in a chest.

There are a couple of more testing brainteasers toward the end. These include one of the game's best moments where it subverts your expectations of geometry to set up a fine shock. Disorientating the player by sweeping aside norms of space and time is what this game does best, and what powers its dense atmosphere. The house appears straightforward at first, but it warps and changes around you. Doors vanish, corners become endless and scenery rearranges itself behind your back. It's never a maze: the right direction is always easy to find. But it creates mistrust of your environment. The constant trickery keeps you on edge and reminds you that even though it's your fingers on the mouse and keys, you're not the one in control.

"The house appears straightforward at first, but it warps and changes around you. Doors vanish, corners become endless and scenery rearranges itself behind your back."

This intensifies the shock value of the traditional jump scares that throng your journey through the house. At first, these prove pretty intense. As you progress, however, you encounter set-ups that you've seen before, leaving you able to guess what's coming. There are only so many times the lights can go out before you learn to wait for things to go bang. Sometimes it even temporarily traps you in a room to make you watch a scare play out. On one hand, this becomes predictable. On the other, it makes it all the more disturbing when it hits you with something new. And there's plenty of ghoulish body horror to enjoy as the artist gradually assembles his masterpiece.

By trapping you in a haunted house, looking for objects and scraps of story, Layers of Fear can feel like the freakish offspring of P.T. and Gone Home. It has other things in common with those games too, such as a lack of replay value. There are achievements to tick off and secrets to find: I never did discover the combination to a hidden safe I stumbled across. But for most players one trip through will be enough, once they've learned all the scripted scares.

A more telling connection with so-called "walking simulators" is that narrative depth tends to be valued before more traditional aspects of gaming, such as player skill. There's a lot of artistry here, and a lot of things to mull over during the quieter moments. Aspects of the design mirror the pathologies of its protagonist. The physical loops created by warping corners and corridors are a great metaphor for the mental ones of a deranged psyche.

Great art, I've always felt, ought to have populist edge. It offers a hook to pull people in, make them want to look and discover more for themselves. On the surface, this is a simplistic horror game with a claustrophobic atmosphere and plenty of creepy moments. The straightforward puzzles and unusual visuals give it wide appeal. Beneath that there are secrets to uncover and the subliminal pleasure of playing as the monster. For those that want to probe deeper there are angles of art and psychology to ponder. Stacked up like the rickety tiers of a gothic building, Layers of Fear proves aptly named.

View Comments (44)
Back To Top
7
Good
About GameSpot Reviews 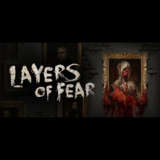 Matt took four hours to play through Layers of Fear in the dark, on a midrange laptop with decent headphones. The latter are for sale to raise money toward new trousers. 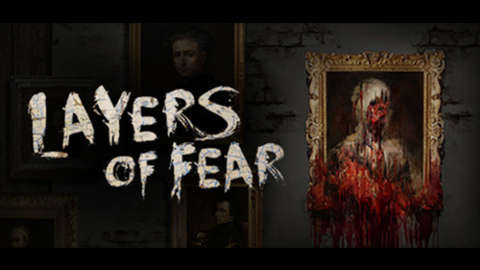 Layers of Fear is a psychedelic horror where you take control over an insane painter in his quest to finish his magnum opus.