Lara Croft and the Temple of Osiris Review

Playground of the gods.

Isometric-view cooperative games aren't so uncommon in this day and age, not when Diablo III still commands a sizable audience and its imitators clamor for favor. What makes Lara Croft and the Temple of Osiris stand out, at least from a mechanical perspective, is that it feels not like a button-mashing display of otherworldly power, but rather like a true adventure. Temple of Osiris is more about the wonder of mystical places and the pleasure of solving puzzles than about firing shotguns and squishing the rising undead. This is video gaming through the lens of Raiders of the Lost Ark, which in turn looked to the old serial adventures with such evocative names as Flash Gordon Conquers the Universe and Jungle Girl. The jungles and the universes change, but the unfettered drama of these classic stories still lives.

The tone and setting may recall adventures of years past, but the actual story and dialogue strike a mundane chord in spite of Temple of Osiris' mythological motifs. The evil Egyptian god Set is your primary nemesis, but he typically manifests as a less-than-imposing talking Instagram filter, sucking the color from your screen and informing you that your recent defeat of a big boss is merely a temporary setback. (It's a collision of cliches that will have your turning off your mind and focusing instead on the adventurous atmosphere.) Your goal is to restore the god Osiris to his former glory by finding scattered pieces of a statue, which means your narrative reward for conquering dungeons is a floating foot or disembodied torso. The epic reveal of such less-than-epic objects is a bit of an anticlimax, as is the game's unimpressive visual fidelity when you play on current-generation consoles. The new Lara Croft is not an argument for purchasing a new system, though temple ruins coated in green mist and roaring rivers teeming with traps nonetheless set the perfect stage for the trouble Lara and her three comrades are entangled within.

Travel with friends. You can play on your own, and the game wisely adjusts so that you can solve puzzles on your own, not just by tweaking environments, but by giving you access to a magical staff that allows you to raise platforms and slow down bomb countdowns. But you miss out on the game's finest pleasures should you go solo. When friends join you--locally, online, or both at once--you must find new ways of overcoming obstacles. Switches, levers, spiked walls, and catapults: these are the tricks of the game's trade, and the team is granted tools for manipulating them. One of you flings a grappling line to a hook across a chasm, and the others cross it like trapeze artists. One of you surrounds herself with a glowing bubble so that others can leap upon it and reach higher places.

Temple of Osiris strings these activities into a beautifully-paced adventure that breaks up puzzles with fun but fleeting combat encounters and chase sequences that get the blood flowing. These chases, incidentally, also give you an opportunity to coordinate grand feats, encouraging teammates to leap to optional platforms where currency and collectibles linger while other players rush forward, hoping only to stay alive as spiked explosives tumble towards them. Meanwhile, each new dungeon requires a new angle of approach--and offers a new chance to laugh at teammates that ignore the rules of engagement and run off, only to be impaled by spikes that rise from the rubble beneath their feet.

The puzzles aren't mind-benders, but conundrums like those that have you angling mirrors to deflect magic lasers require just enough teamwork and communication to make you feel a little clever for having pulled them off. That's presuming you don't run into any bugs, like flames you have lit that don't appear properly in your online partner's game--or presuming the sometimes skittery controls or invisible walls don't mess with your navigation. Boss encounters require a bit of creative thinking as well, requiring you and your partners to coordinate tossing bombs and raising platforms lest you succumb to the scarabs, skeletons, and bipedal alligators that swarm you all the while.

You need to fend those creatures off with pistols, grenade launchers, and other weapons, but firefights aren't very difficult, unless you strive to meet the optional challenges found in each level, or seek out combat tests in the hub area once you complete the four-hour story adventure. You collect currency and other doodads during your journey, and in doing so, find all sorts of weapons to equip, as well as rings and amulets that strengthen your combat abilities. It's not too tough to deal with the bad guys when they appear, however, making inventory management an occasional diversion rather than a deep and necessary feature.

If you're willing to let go of any hope for depth and instead seek a chunk of clever cooperative fun, however, Lara Croft and the Temple of Osiris is ready to escort you on another tomb-raiding adventure. It's not the revelation that Lara Croft and the Guardian of Light was--it's a bit too glitchy and dated to herald it a new classic, in spite of the welcome addition of four-person online play. And yet as an afternoon's worth of jolly cooperation, Lara Croft's newest sojourn makes a fine flight of fancy to an Egypt that probably never was, but certainly should have been.

View Comments (97)
Back To Top
7
Good
About GameSpot Reviews 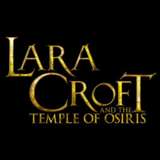 Lara Croft and the Temple of Osiris
Follow
$29.99 on Walmart
Buy

Kevin VanOrd has embarked on all sorts of tomb-raiding adventures, so he felt at home with Lara Croft and the Temple of Osiris. He spent six hours with the game, some of them solo, but most of them with at least one other player.