Thanks to its solid control, clever puzzles, and stellar production values, Lady Sia is easily worth a trip to the local game shop.

In this side-scrolling action game from TDK Mediactive, you'll run, jump, crawl, climb, and slash your way through 23 lush levels full of monsters, demons, and assorted perils. Thanks to its solid control, clever puzzles, and stellar production values, Lady Sia is easily worth a trip to the local game shop.

The story opens with a cutscene showing Sia being thrown in prison. A veiled figure eventually helps her escape, and that's where you begin the game. Each of the game's four worlds features a different environment, but the gist of the environments is similar. Whether on land, undersea, in caves, or in the air, you need to rescue innocent captives and slay the T'soa commanders. Much like in the beloved Virgin Interactive Disney games of the Sega Genesis era, you'll exercise a combination of climbing, jumping, sneaking, and slashing to make steady progress. Sia carries a trusty sword for attacking, as well as a magical ring capable of energy bursts--both of which come in handy against the 30-some different enemies you'll face.

Environmental interaction is what really gives Lady Sia its flair. Within each level there are plenty of ramps, ropes, ladders, boats, switches, and wells to operate and/or use. Although the majority of these devices unlock another portion of the current level, there are numerous instances where they lead to extra bonus items or secret areas. As such, the game's replay value is through the roof, since the exploration of these multiple routes provides a lifelike and nonlinear vibrancy to the overall setting.

Speaking of setting, Lady Sia totally flexes the GBA's muscle in terms of character and background animation. Every level is full of color and life, ranging from little nuances, such as leaves and swaying ropes, to more significant features, such as toppling buildings and rock slides. The inclusion of dark outlines and thought bubbles gives the game a cartoonlike feel, which is cemented further by the oodles of hyperexpressive motion tied to each character. Sia's bobbing ponytail, her comedic reach during attacks, and the lithe leaping of the tigermen are but just a few examples. Tying it all together, the use of screen-filling magic and Sia's sasquatch transformation during boss battles help make for one thrill of a ride.

Although the game's audio isn't on par with its visuals, Lady Sia provides a delightful listen. Catchy music with the right amount of bass and wind instruments underlies each level, while a minimal set of exaggerated sound effects cohabitates nicely with the onscreen action.

About the only glaring problems with Lady Sia's design center around the use of slash combos and save points. Combos can send you tumbling off ledges and platforms, often to an untimely demise in the water or on the spikes below. Save points, which are normally a blessing, record your exact health and magic status at the time of activation, but don't replenish them when you're made to continue! These middling quirks don't hurt the experience whatsoever, but they are somewhat baffling.

Viewed individually, each of the design elements in Lady Sia (backgrounds, character design, bosses, music, sound effects, control, and secrets) isn't necessarily noteworthy in and of itself. However, taken as a whole, they form the recipe for a spectacular action game. The gameplay is inviting, the characters are charming, and the challenge level is just right, while the inclusion of a strong female character directs the game toward all age and gender groups. 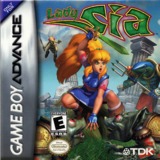 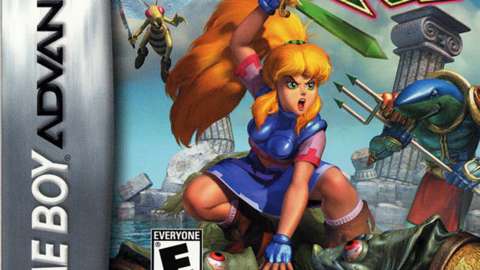 Thanks to its solid control, clever puzzles, and stellar production values, Lady Sia is easily worth a trip to the local game shop.