The stuff dreams are made of.

When it first released in 2011, L.A. Noire was an anomaly; its facial capture tech was an innovative showcase of animation, and it's focus on slower-paced interrogation puzzles widely contrasted the big-budget shooters of the time. Six years later, the game has surprisingly managed to make its way onto Switch. While a few sacrifices were made in performance and graphical fidelity to get L.A. Noire running, the ambitious spirit of this stylistic 1940s-era detective adventure remains.

L.A. Noire's principal 21 cases are all present, including all of its DLC cases. As budding LAPD detective Cole Phelps, you spend the bulk of your time gathering evidence, interrogating suspects, and making accusations. Phelps is a fascinating, yet morally flawed, character whose checkered past is compelling to see unfold as the story goes on. The cases you solve remain interesting and well-paced, balancing slower, more meticulous investigative moments with brief shootouts and vehicular/on-foot chases. On Switch, the game controls as well as it did on previous generation consoles, especially when playing docked with a Pro Controller. It also offers motion and touch controls, which are welcome additions that make L.A. Noire feel more involved. Motion controls allow you to use the right Joy-Con to control the camera and physically manipulate objects you pick up, while touch controls command Phelps where to go and what investigate by simply tapping the screen. However, both control schemes don't feel as functional as playing with a traditional gamepad setup.

While L.A. Noire's story and varied pacing are some of its most exceptional aspects, where it truly shines is in its interrogation sequences. Armed with your intellect and the wealth of evidence you collect during your investigations, questioning suspects and seeing through their facial ticks to expose their secrets lead to many of the game's most tense and captivating moments. The facial animations hold up well, displaying a level of realism that's still impressive. And with top-notch performances from its facial capture actors, interrogations are just as absorbing and believable.

In a subtle change from the original, interrogation options have been changed from "Truth," "Doubt," and "Lie" to "Good Cop," "Bad Cop," and "Accuse." The new naming scheme helps to give you a better understanding of Cole's behavior towards a suspect's testimony, which was difficult to gauge in the original. The renewed context is particularly useful when a suspect is playing coy, where it makes sense that using the more forceful "Bad Cop" approach would root out more information. However, the new terminology isn't perfect. There are situations where it isn't specific enough; this is apparent when responding with "Good Cop", where the option seems to lean more towards believing the suspect rather than following proper police protocol. Despite this occasional issue, interrogations are consistently rewarding, often requiring critical thinking and sharp judgment to complete perfectly.

L.A. Noire's finer qualities are maintained, but its notable shortcomings also persist. Movement is a bit clunky during shootouts, and there are plenty of useless filler objects to sift through during crime scene investigations. But the most glaring issue lies in the game's recreation of 1940s-era Los Angeles, which is authentic but doesn't offer much to do outside of main missions and random street crime activities. New hidden collectables in the form of books and records have been added to the Switch version to encourage exploration, but it's not made clear that these items exist nor does the game encourage you to seek them out.

These issues don't do much to detract from the experience at large, especially considering how well the game runs and how good it looks. Visuals are reminiscent of the original version, only sporting new jagged edges, fluctuating textures, and noticeably weaker draw distances and dynamic lighting effects in some instances. However, these issues are less apparent when playing the game undocked, where it runs and looks the best.

Even considering L.A. Noire's age, it's a wonder that the game can be played on Switch.

On the other hand, frame rate maintains a steady 30 frames per second, only drastically dipping when surrounded by multiple NPCs or vehicles while on foot. Though, it's not a deal breaker, seeing as the game consistently performs well during the moments where it matters, like during investigations, interrogations, and car chases.

Even considering L.A. Noire's age, it's a wonder that the game can be played on Switch. While nowhere near as technically striking as seeing Doom run on the console, there's still something special about playing what was once such an ambitious game on last-generation consoles in the palm of your hand. And the game lends itself well to the platform; the bite-sized length of missions makes it a great fit for playing on the go.

If sharper visuals and higher frame rate are huge factors in your enjoyment, then you're better off playing L.A. Noire on PS4 and Xbox One, which sport added bells and whistles that elevate the game's performance. But if you're charmed by the idea of experiencing it portably, then L.A. Noire on Switch comes recommended. It may not work the best under pressure, but it's well worth replaying or experiencing for the first time on Nintendo's convertible console.

View Comments (98)
Back To Top
7
Good
About GameSpot Reviews

Matt played ten hours of L.A. Noire on Switch, managing to clear 11 of the game's 21 main cases. He's a huge fan of film noir; his favorites are The Third Man and In A Lonely Place. He's having a great time stepping back into the shoes of morally flawed LAPD detective Cole Phelps. A complimentary code was provided for the purposes of this review. 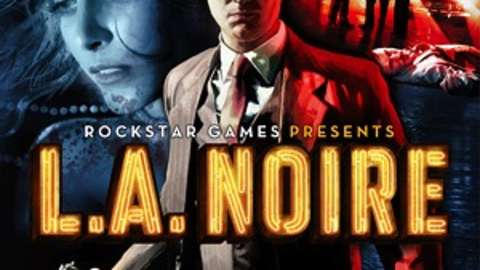 L.A. Noire is a single-player detective game from Rockstar Games set on the infamous streets and in the smoke-filled backrooms of postwar Los Angeles.