Kororinpa: Marble Mania gets challenging too late and doesn't have enough levels to hold your interest for long.

Kororinpa is a marble-in-a-maze game that requires you to tilt the world around with the Wii Remote to move a marble around, collecting gems as you make your way to the exit. It feels like a stripped-down take on Sega's Super Monkey Ball series, with simple and pleasing graphics but not a lot of variety. While players with steady hands might enjoy what Kororinpa has to offer, it doesn't offer enough of it, making it feel as if it's about half a game.

Your goal in every level is to collect all of the gems on that level and then find the exit. The action starts out slowly, with plenty of very basic levels stacked up at the front of the game. But as you proceed, you'll tilt the Wii Remote to roll your marble across conveyor belts or have to quickly rotate the entire level and get the marble to hop from one area to another. The only penalty for falling off of the level is that you're reset back to the start of the level, though the timer keeps running.

You'll have finished 15 or 20 levels before you feel like you're really being challenged, and there aren't many levels in the game. You can unlock a mirror mode and play the levels in reverse, if you like, and you can also unlock secret stages by collecting special gems in the levels. But overall, Kororinpa is a little too short and a little too plain to hold your interest for long. There's a two-player split-screen mode, and you can go back through stages if you'd like to get a faster time, but neither option is especially appealing.

Graphically, Kororinpa is a plain-looking game that doesn't support widescreen or 480p. But the different marbles you can choose from look nice, and the levels look OK as well. The level themes change after a handful of levels, taking you through a candy world, a city-themed area, and so on. As you unlock levels and new marbles, you'll also get to choose new music. The sound effects aren't exciting, but some of the cuter, animal-shaped marbles make animal noises through the Wii Remote's speaker, which at least gives the game a little personality.

Kororinpa: Marble Mania would make a good $20 budget game. It's little and it has a bit of charm, but it's all too basic for a full-priced game. Unfortunately, the game's $40 price tag is too steep for the amount of gameplay you'll find on the disc. 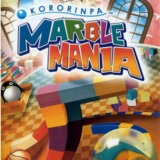 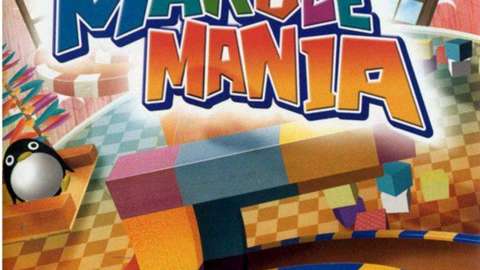