Klingon Honor Guard is essentially an average shooter using Star Trek as a backdrop. The premise is that you're a trainee in the Klingon Honor Guard, when the High Council suddenly gets bombed. Since you're the new guy, you can't be a part of the traitorous conspiracy, so you're sent out to avenge the honor of the slain council members. The game is divided up into 28 levels divided among 20 units.

At first, the gameplay seems goal based, like Jedi Knight, but it's in fact more of the key-hunting monotony of past shooters. No matter what, you always end up hunting down some item, whether it's a palm print or a retinal scan, to open some door, which gets you closer to the last room, which signals the end of the level. In between the units are video briefings, which do a good job of laying out your objective. But because of limitations of the Unreal engine, the videos always play in a separate window, putting your computer on window-swapping mayhem whenever a briefing pops up. Don't even bother with viewing the introduction, because it's Klingon History 101, using stiff animations combined with stock footage of volcanoes, and it's a real yawner.

The level design in the early part of the game is lackluster but gets better as the game progresses. I was about to dismiss the game by the second level, but luckily, as I played some more, I was rewarded with some really interesting design later on. You get to tour locales such as the Rure Penthe prison that was seen in Star Trek VI: The Undiscovered Country, a space station, and even a Klingon Bird of Prey (both inside and out). The later levels show off the Unreal engine's color and aesthetics, and were laid out in a logical fashion and utilized some interesting triggers (such as a prison riot).

The enemy design doesn't progress as nicely though. The Klingons replace the Skaarj, which means you basically fight the same Klingons over and over, except they change clothing and weapons depending on where you fight them. They retain the dodging maneuvers of Unreal's Skaarj, and they also "play dead" at times. The levels are also more populated here than in Unreal, so you face a lot of Klingons, which got a bit tiresome for me. The other enemies include your standard security robot type, some Andorians (who seem to be like Klingons but slower), the Nausicaans (Klingons but uglier), and some annoying animals (dogs, scorpions, and pigs). The only really interesting enemy is the Lethian, because it has stealth capabilities.

The weapon design is average, with four token Star Trek weapons, some standard weapons found in most other shooters, and one really nice ubergun. The two Star Trek guns are the disruptor pistol and rifle, which have the saving grace of a nice disintegration effect, and the other two weapons are a knife and the Bat'Leth (that curved Klingon battle sword). Then we have the spinning disk from Unreal, the rocket launcher (with an additional twist of heat-seeking rockets), the grenade launcher, and a rail gun (called "Sith Har" here). The ubergun, the particle dispersal cannon, is really nice because it either fires a massive energy wave or creates a miniature black hole.

And while MicroProse made a lot of tweaks to the engine, the multiplayer is still hampered by the limitations that have plagued Unreal. MicroProse is promising to work with Epic on the infamous multiplayer patch, but for now, consider Klingon Honor Guard to be a single-player game.

Klingon Honor Guard is a decent action game utilizing the Star Trek franchise. It's fun to wield that famed Bat'Leth - the Klingon-style one-liners your character dishes out are amusing. If you're a Star Trek fan, you'll probably appreciate the levels and enemies. But judged on its merits as a shooter, Klingon Honor Guard suffers because of its average design. 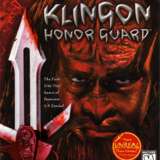 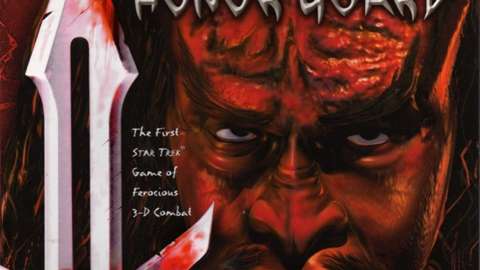 6.9
Sign In to rate Star Trek: The Next Generation: Klingon Honor Guard