KISS Pinball is the latest in Take-Two Interactive's budget line for the PlayStation. While most of the $9.99 games have had at least some redeeming value, KISS Pinball manages to mangle both the KISS license and the concept of video pinball to the point of being almost totally unrecognizable.

KISS Pinball features two tables, Last Stop Oblivion and Netherworld. Last Stop Oblivion focuses on real-world items and bonuses--most of the game revolves around hitting targets to start KISS shows, then hitting more targets to complete the shows. On this table, the ball will occasionally get stuck on one of the playfield obstacles. While on a real pinball machine you'd have to try to nudge the table to correct the problem, the ball doesn't come loose here, forcing you to tilt and restart the entire game. Netherworld focuses more on the comic book mythos behind KISS, asking you to shoot balls at Gene Simmons' tongue to lock them for multiball play. On this table, the kickback doesn't seem to work quite right, as the ball will sometimes have to kick back four or five times before finally getting away from the left outlane. Neither table is particularly well designed. While they have a bit of the mode-based gameplay we've come to expect from modern pinball, there aren't any particularly interesting shots on the table.

The physics in this game are a mess. For starters, the table feels like it's been tilted too far back, so the ball drops toward the bottom much faster than it would in a real machine. The flippers don't make the ball react in a realistic way, either. Nudging the ball, which is accomplished by hitting the D-pad, simply causes the ball to jerk an inch or two in the direction you pressed. When changing audio tracks, the whole game seizes up for a second or two--very jarring when you're trying to line up a shot. Finally, when you get multiball going, the game slows dramatically and becomes extremely choppy.

The game doesn't look pretty, either. In addition to the choppiness of multiball, both tables look extremely washed out, and the dot-matrix displays are drab and uninteresting. The soundtrack is perhaps the biggest joke of them all. You'd expect a KISS Pinball game to be chock-full of KISS music and other sound clips, but generic guitar riffs, moaning women, and a man saying things like "oh crap" or "let's get ready to rumble" are all you'll find here. 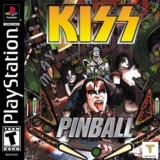 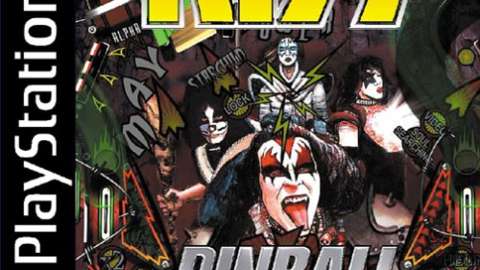