Kirby's Adventure is a charming platformer that holds up because it isn't just another Super Mario clone.

Kirby's Adventure was originally released toward the end of the Nintendo Entertainment System's life cycle, back in 1993 when most everyone had abandoned Nintendo's 8-bit console in favor of the Super NES and Sega Genesis. It was warmly received by those who took the time to play it, partly because of the cute scenery and characters but mainly because it offered a refreshing take on the stale side-scrolling platformer formula. Kirby, a roly-poly puffball, could fly, as well as suck up his enemies and steal their moves. Unlike in traditional platformers, Kirby's diverse arsenal gave you more freedom to figure out how to get through levels and how to deal with the enemies contained within them. Now that Kirby's Adventure is available for play on the Wii's Virtual Console, it's nice to see that the game hasn't lost much of its charm or fun.

As the title reveals, the protagonist is Kirby--who's a pink puffball. The "adventure" part of the title refers to Kirby's quest to track down and recover the star rod, a magical object that allows people to dream, which the evil King DeDeDe has stolen and broken into seven pieces. Therefore, Kirby's Adventure takes you through 42 different levels spread across seven different worlds. Each level contains multiple segments populated with various enemies. You'll encounter sub-bosses frequently, and there's a main boss waiting at the end of each world. Kirby can walk, jump, fly, and attack enemies with kicks or by blowing a puff of air at them. He can also fly, which gives you the freedom to float over large portions of a level, if you like. The game's key gimmick is that Kirby can suck up enemies and gain their abilities. There are dozens of different enemies to swallow, which means there are dozens of different abilities to copy. Some let Kirby swing swords or shoot fireballs. Others let him smash through walls or withstand damage. Some moves work better against certain enemies or in certain situations. The various bosses also have unique attack patterns. This wealth of diversity is what made the game so much fun back in 1993, and it's why the game still holds up today.

If all you want to do is beat the final boss and see an ending, Kirby's Adventure is not a lengthy game, which is the main criticism levied against it. You'll lose a few lives here and there, usually figuring out the bosses' patterns, but you can generally zoom through most levels once you find a strategy that works for you. If you approach the game that way, you can expect to topple King DeDeDe in about three hours. Alternatively, you can draw out the experience by trying to achieve the best ending, which is accomplished by replaying levels until you've found every hidden switch and bonus room in the game. The Virtual Console version automatically saves your progress, just like the original game did, so there's no reason to rush in either case.

Because Kirby's Adventure came out toward the end of the NES's life cycle, its graphics and audio are some of the best that 8-bit has to offer. While the variety of colors and the richness of the music are kept in check by the limitations of the original hardware, you'll notice that the backgrounds exhibit some intricate line art, the screen is full of character sprites at any given time, and every level has its own peppy musical theme. Characters vary in size and have goofy facial expressions. The folks at HAL Labs also managed to fake scaling and rotation here and there by manipulating multiple character sprites and background layers. Arcade games, such as Ninja Gaiden and Metal Slug 2, had a level where you could make your way up a rotating column. Certain temples in Kirby's Adventure do something similar. The Virtual Console has no trouble handling those visual tricks. In fact, you could argue that the Wii emulation is superior to the NES original because there's almost no sprite flicker or slowdown in the Virtual Console version.

Kirby's Adventure has weathered the passage of time remarkably well. The ability to go through the levels using so many different abilities is still just as much fun now as it was when the game was first released. 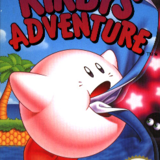 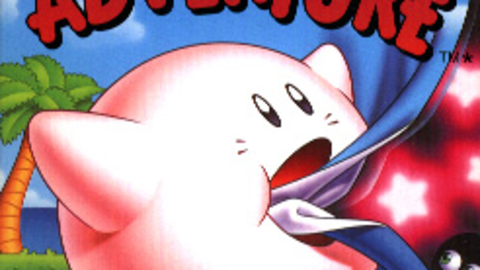