King's Quest Chapter 2: Rubble Without a Cause Review

A sadistic adventure get the best of King Graham.

Maybe the expansive and challenging first chapter spoiled me, but the second installment in the revived King’s Quest series from The Odd Gentlemen left me cold. Rubble Without a Cause, the follow-up to last summer’s fantastic A Knight to Remember, provides three or four hours of gameplay, and routine quests that act as gears to crank the plot forward. You do get more of the same beautiful visuals and quality voice acting headlined by Christopher Lloyd, but also an oddly cruel storyline that feels out of place for the series.

That said, Rubble Without a Cause sure can be charming. This chapter continues with the saccharine Saturday-morning-cartoon vibe that made its predecessor so compelling, with broadly drawn characters reminiscent of something that a TV network might have aired in the 1980s when the original King’s Quest games got their start. As with the first chapter in this planned five-part saga, these new tales--recounted by an elderly King Graham to his grandchildren--fill in the blanks between the classic King’s Quest adventures to show how the monarch got his start and then settled into his role ruling Daventry.

A couple of years have passed since the first chapter covered how Graham took the throne. That time has been less than productive for the king, who is frustrated at being tied down with the minutiae of governing. After a series of pratfalls with Graham’s knights, the ruler leaves the castle and winds up in even more of a funk after being kidnapped by a gang of rampaging goblins--who actually look more like rocks with legs than the traditional fantasy goblin--raiding the nearby village. The game then plays out in the underground realm of these beasties, with Graham trying to free himself and most of his pals from the first game from prison cells. Eventually, the story introduces a familiar villain, and the scope of the entire story starts to take shape.

But the plot and setting overall are not nearly as comfortable to settle into as its predecessor. Even though the game is still ostensibly light-hearted, with cheesy jokes from Graham the elder as he tells the story to his pint-sized charges, there is a grim undertone throughout. The goblins are shown as mischievous jerks with a love for fairy tales (many quests involve classic stories like “Cinderella” and “The Princess and the Pea”) but are also sadistic enough that they starve their prisoners to death.

Much of this chapter is centered on a grave game of life or death; food supplies are limited to a few treats and a single-serving drumstick that the goblins give you every morning. The end result is that you have to be incredibly cautious with what you do and when you do it, or somebody is going to perish. I lost a number of my friends to starvation (I’m not sure whether you can save everyone), a failure that came complete with Graham musing about his problems and the disturbing sequence of the goblins carting off the corpses of those I chose not to feed.

Needless to say, this is a bit much for an all-ages game. Yes, the deaths hammer home Graham’s new responsibilities as king. They also provide a reason to replay the chapter as a whole. There are different sets of quests and useable items for each character, so the game varies depending on which friends you feed and which you keep on the goblin prison diet plan. But making you serve as the guy tasked with deciding who starves to death and who gets a few measly food rations is a rather nasty way to dole out that lesson. The stakes feel too dire for a game based on a kindly grandfather telling bedtime stories to a pair of little kids.

That actual gameplay also comes without much of a pulse. Nothing here is particularly challenging or innovative, and it all takes place mostly in drab caverns. Prisoners assign you go-fetch tasks that are hardly more complicated than using one item to access another. You use a chair to grab a gold coin. You provide ingredients for witches to brew potions. You fit a glass slipper on a goblin Cinderella so he gives you his broom, which is then given to the blacksmith gal to extend the reach of a weapon. And so on. There is one nifty, easy music puzzle to solve, but other than that, the game consists of busywork.

Your quest practically flies by, being roughly half the length of the first chapter. While Rubble Without a Cause echoes many positive aspects of its predecessor, the gloomy story and unimaginative quests turn what should have been another fun fairy tale into something of a death march. Yet even with these significant flaws, the overall charm of the visuals and voice acting kept me playing and left me optimistic that the series will redeem itself in the next chapter. 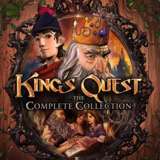 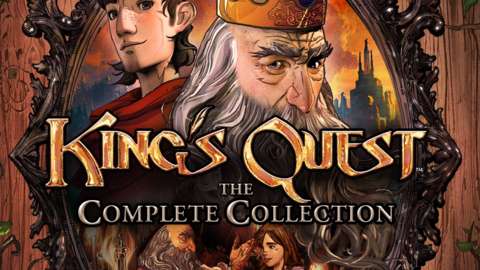 Developed by The Odd Gentlemen, the new King’s Quest™ reimagines all the charm, humor, puzzles, exploration and sense of wonder that made the franchise so magical when it first arrived thirty years ago. Old and grey, King Graham – the hero made legend in the original King’s Quest games – shares the extraordinary stories of his youth with his curious granddaughter, Gwendolyn, taking players back to the feats that shaped a kingdom.