King's Bounty: Crossworlds may be a more-of-the-same expansion, but it's also the best edition of the strategy role-playing hybrid yet released.

All it needs is "something blue," and King's Bounty: Crossworlds could be a blushing bride. Katauri Interactive's latest addition to its growing family of strategy role-playing mishmashes certainly features something old, something new, and something borrowed. The main campaign is mostly the same as that featured in last year's Armored Princess stand-alone add-on; tactical mini-campaigns are now in the mix to please those looking for something original; and the addictive gameplay has been swiped from the hordes of its strategy role-playing ancestors. So while you can't go in expecting anything wildly innovative, this Armored Princess-requiring expansion offers a lot of revamped content for series fans and a refinement of the fantasy-monsters-on-hexes formula that makes the game just about as entertaining and addictive as something brand new.

Two new mini-campaigns are the highlights. Because they get to the good stuff fast, both seem aimed at fans of previous King's Bounty games who might not have had the time to devote untold hours to the massive core campaigns. The Champion of the Arena campaign ditches most story elements for an involving tactical experience where you take on one cataclysmic battle after another. Instead of trudging around for hours putting down lots of wolves, undead, goblins, and those funky plant things out of The Little Shop of Horrors, you go right for the gusto against eight towering bosses in the Thousand Emperors arena. You take on huge turtles, condo-size spiders, fat toads, and other ugly beasties that can't even fit on the screen. You get showered with gold, runes, and experience points with every win, but combat is still no walk in the park. Relying solely on hacking and slashing will get you a quick ticket to loserville, so you have to know what you're doing tactically and how to get the most out of spells and special unit abilities. If you don't max out the damage inflicted by your troops on each turn, you lose. There is even some semblance of a plot here, as you can take time out between arena battles to get involved with various guilds of demons, tech-minded dwarves, undead, dull humans, and the like to expand on the roster of available troops.

The other new campaign, Defender of the Crown, is almost as enthralling, but in different ways. It is a more traditional King's Bounty campaign and serves as an epilogue to Armored Princess, with Princess Amelie fighting through the land to earn the title of Defender of the Crown of Darion. The plot has been trimmed back, as has the size of the map, so battles come fast and furious in the countryside and in arenas. The randomly generated scraps are even crazier than those found in Champion of the Arena, with Amelie running into murderous mobs before she even gets out of the castle grounds. The whole campaign has been structured as one of those "best of the best" battle royal deals with everything stacked against you, even the terrain, since you often have to deal with things like laser traps, enemy-protecting walls, and spellcasting statues. At the same time, you never feel cheated, because the battles have been so cunningly structured that you always have a chance to win. All in all, it's a fitting finale for Amelie that wraps up her original campaign with even tougher challenges. You probably don't want to take these quests on until you've finished that campaign, however, because you need every ounce of experience earned from the original game to have even a slim chance of emerging victorious.

Other additions in Crossworlds are less headline-grabbing though still worthy enhancements to the core game. A "director's cut" version of the Armored Princess campaign, called Orcs On the March, adds a pile of new units, items, spells, and quests. More of everything makes this the best way to experience the campaign if you're a first-timer, although there might not be enough here to make it worth a replay unless you're a serious fan of the series. A full game editor has also been tossed in, so fans can make their own adventures. The look and sound seem to have been mostly carried over identically from Armored Princess, although battle arenas have been dressed up with some new scenery. Many locales look extra creepy now, thanks to more cobwebbed stairs, dark shadows, slimy swamps, and so forth.

Although King's Bounty: Crossworlds feels awfully familiar, it is also the best version of the strategy role-playing hybrid yet released. The recycling of some content is a bit disappointing, but the Armored Princess campaign has been spruced up and expanded, while the new mini-campaigns expand on the tactical nature of battles and let you fight monstrous foes on murderous maps right off the bat. Even though there isn't anything dramatically new here, the gameplay is so refined and the combat so well designed that you can't help but get drawn into many more hours with one of the most consistently impressive strategy role-playing franchises out there. 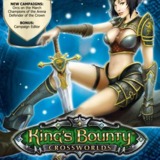 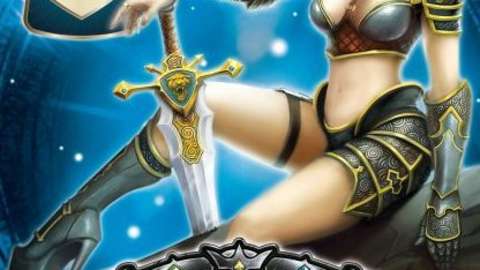