With the new Xbox comes a new Kinect, one that Microsoft claims can read your movements more precisely than its predecessor. But the first game that put the device through its paces, Fighter Within, was an unmitigated disaster. Now, we have Kinect Sports Rivals, a better game than Fighter Within but hardly one that makes the case for the Kinect as an essential piece of gaming hardware. Rivals is a collection of six sports-themed minigames that range from mildly enjoyable events like wake racing and rock climbing to a thoroughly underwhelming and absurd approximation of soccer. It's good for some short bursts of goofy, physical fun, but Kinect Sports Rivals is neither a strong assortment of motion-controlled games nor an entirely promising showcase for the capabilities of the new Kinect.

Before you compete in your first event, Rivals invites you to create your own champion, the digital representation of you who will battle it out in sporting events across the game's island setting. Like the "drivatars" of Forza Motorsport 5, your champion may appear in events for other players, and ostensibly, he or she will perform at your skill level. For the champion creation process, the Kinect scans your face, and then creates a character who may or may not bear a likeness to you. The shape of the face might have an uncanny similarity to yours, or you might see no resemblance whatsoever between yourself and your champion. Still, it's always fun to see what the game comes up with. Unfortunately, you have to sit through an unskippable intro sequence each time you go through this process, so if you're hoping to jump into a game with friends or family, you either need to be willing to wait longer than you should have to for everyone to create a champion, or just skip the process and use generic characters.

When you do get to the island, Kinect Sports Rivals starts by putting its best foot forward. You're ushered into your new life as a sporting champion with some wake racing--what we might more commonly call jet ski racing. The controls are simple, intuitive, and responsive. To steer, you turn your arms like you're turning handlebars, and you can ease up on the throttle by opening your right hand. When you go over ramps, you can do flips with a quick lean forward or backward, and you can lean from side to side to turn more sharply. The courses are gorgeous, and there's a sense of impact with the water as your jet ski crashes against larger waves.

Rock climbing also works quite well. Here, you just move your arms and then close your hands to grasp handholds, and then move your arms down to pull yourself up. It's especially fun when competing with a friend because you can grab opponents by the leg and send them plummeting to a digital demise. Camera angles create a sense of precariousness as you cling to the undersides of rock surfaces. It's too simple to stay interesting for long, but it's hard to imagine the activity of rock climbing being more effectively converted into a Kinect activity than it is here.

Bowling plays out exactly as you'd expect, except not as good. You make a motion mimicking the release of a bowling ball to make your champion release his or her bowling ball. The motions you have to make to put spin on the ball are exaggerated, so it doesn't feel as natural as, say, Wii Sports bowling. But it's still satisfying to rack up the spares and strikes. Similarly, tennis is played by making swinging motions with your arm, and sending the ball rocketing past your opponent faster than he or she can react feels good, but it's hard to get a good feel for the timing with which the game wants you to swing.

The last two events, however, are exercises in absurdity and frustration. In target shooting, you just point at the screen, moving your hand around to line up crosshairs with targets. Once a target is lined up, you fire automatically. Some targets need to be shot in sequence, and other targets have skulls on them; hitting these costs you points. Even if this worked perfectly, pointing at a screen would hardly be a thrilling way to spend your time, but it doesn't work perfectly. Crosshairs sometimes jitter around, which is a big problem in an event that's supposed to be entirely about precision.

Rivals' version of soccer is a silly attempt to boil the sport down to something that can be played just by kicking, and occasionally making a banging motion with your head. You kick the ball from one team member to another to another, timing and bending your kicks to avoid defensemen who slide back and forth. The game doesn't respond to all of your kicking motions, and making shots on goal can be infuriating when you clearly try to kick the ball to one side or another and then see it fly straight into the middle of the goal and the goalkeeper's eager hands. When you're on defense, you only control the goalie, moving yourself into position to prevent shots from scoring.

The disposable narrative is a strange tale of competing clans that may have you questioning the entire concept of the game's world. (If the island is the weird postapocalyptic society centered around athletic competition that it appears to be, why does that one obnoxious guy in Viper Network keep referencing tired Internet memes? And why does State Farm Insurance advertise there?) Surrounding the events are tacked-on systems that have you earning coins, fans, and experience points, but if the events aren't good enough to keep you coming back, these unnecessary systems won't do it, either. And there's a separate, free app called Kinect Sports Rivals Hub, in which you can do things like view challenges created by the developer and share images of your champion on social media, but why this functionality isn't built into the game itself is anyone's guess. Kinect Sports Rivals is an inconsistent collection that will get you up off the couch and moving around for a bit of mild fun, but that's about the best you can say for it. 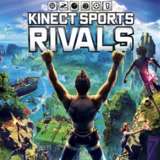 Carolyn doesn't spend as much time outdoors being athletic as she knows she should. She's played plenty of motion-controlled sports games in the past; her favorite is still Wii Sports Resort. 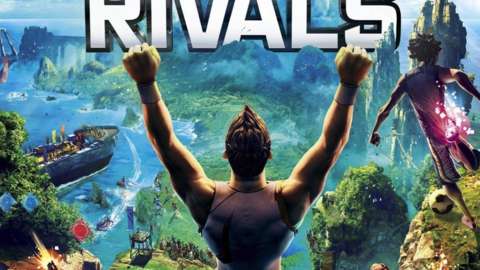 Kinect Sports Rivals is a sports game for the Xbox One that captures your likeness as a champion and plunges you into a world of sports competition.