In the world of 3D fighters where mediocrity has become the norm and exceptional remains the exception, it takes a special fighter to stand out amongst the crowd. Does Kensei: Sacred Fist have what it takes to take on the likes of Tekken 3 and Dead or Alive? Konami would like to think so. Drawing upon the elements that made those games so successful, Kensei: Sacred Fist is a fully polygonal 3D brawler with 360 degrees of movement. The control scheme is composed of your basic punch, kick, and block configuration, but, taking a small cue from DOA, Kensei also features a "catch" button. However, instead of reversing your opponent's attack (as in DOA), the catch button makes grappling your foe much easier.

Another thing that Kensei features is 22 characters to choose from, although only nine are available from the start. The secret characters become accessible after you've beaten the game with the default characters, adding considerable replay incentive. Moreover, the usual assortment of play modes awaits your selection: normal, vs., time attack, survival, training, and watch modes. On a side note, the game is Dual Shock compatible, so if you've got one, you'll be able to feel the hits.

Unfortunately, the game moves slowly, especially when you're used to the quick response times and speedy gameplay of games like Bloody Roar. Plus, the number of moves available is also fairly limited, and they seem to be uncomfortably familiar to other fighting games' signature moves. Furthermore, the characters themselves seem kind of cookie-cutter, with uninspired character designs and names like Heinz (ketchup?) and Douglas. However, the secret characters add some flair once discovered. In its favor, graphically, the game has a crisp, clean appearance with no apparent polygon tearing, while everything looks solid and moves at a smooth, better-than-30fps frame rate. The biggest problem, regretfully, is the sluggish response time. It seems that after you've entered the first couple of button commands you rarely have any input whatsoever. Hey, this is a fighting game; it needs tight, responsive controls!

When you consider this game's incredible generic-ness, you'd think at least the gameplay would be up to par, but it isn't. Far from it. When companies like Namco and Capcom are continuously adding new ingredients to the brew, you'd think Konami could do a little better than simply playing catch-up. Sadly, that's all it's achieved here. Kensei: Sacred Fist is little more than a bland footnote in fighting game history. Barely worth a rental. 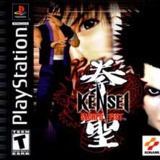 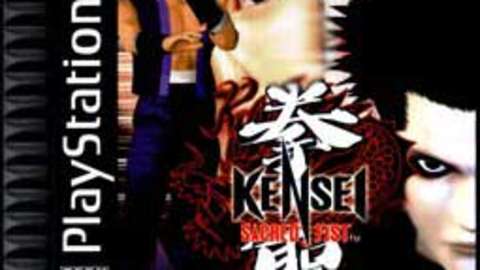