Kena: Bridge of Spirits uses a different perspective on familiar gameplay ideas to create tons of exciting combat and a deep emotional connection with its world.

In Kena: Bridge of Spirits, everyday items are imbued with new, unseen emotional significance. A wooden mask is a link to the spirit of the person for whom it was made. Objects like a construction hammer or a box filled with food are tied to memories of people who have been lost. Locations that were once the sites of vibrant and happy times are scarred with the pain and trauma suffered within them.

Looking at common things with new eyes is a running theme of Kena, and that theme often applies to its gameplay as well. Though the game is filled with some fairly common action-adventure genre tropes--it has melee combat that feels akin to titles such as Star Wars Jedi: Fallen Order or even Sekiro: Shadows Die Twice, climbing sections similar to Uncharted or Tomb Raider, platforming that recalls games such as Ratchet and Clank, and puzzles like what you might see in The Legend of Zelda--it manages to combine a familiar approachability with some fresh spins on the ideas. Combined with emotional, character-driven storytelling, some tough-but-excellent fights, and mechanics that make the world feel alive around you, Kena is an exciting, often heartbreaking journey that will make you want to explore every corner and crevice to see all that you can.

The story and world of Kena: Bridge of Spirits center on a village beset by tragedy. Its inhabitants are all gone, wiped out by misfortune, and their pain has physically poisoned the once-vibrant land around it. That pain has drawn Kena, a young spirit guide, to seek out the trauma at its center and heal it. Her link to the spirit realm allows her to help the ghosts of the village find peace, and in so doing, she's able to push back the corruption that has gripped the land, restoring it to its former glory.

In practical terms, you do that by wandering the large, semi-open space of the village and its surrounding environs, battling the corrupted spirits of both the people who once lived there and the nature their pain has twisted. Most every interaction comes down to a combination of combat and puzzle-solving. Your goal is usually to beat back a host of enemies, freeing up the ability to destroy a nearby corrupted "heart"--a sort of evil flower bulb--with a blast of spirit energy you can pulse from Kena with the touch of a button. Kill the heart, and the corruption recedes, along with the corrupted enemies.

Combat itself is mostly familiar, with Kena fighting off enemies with the use of her spirit staff. You get light and heavy attacks you can combo together, but even in the normal difficulty, enemies hit hard and can knock you off your game if you're not paying attention. Like similar action games, you have a dodge that can get you out of trouble most of the time, and you can generate a spirit shield with limited power that will stop attacks. Take too many hits, and the shield breaks, sending you flying and dealing you damage, but if you can time your block just right, you'll parry an enemy and open them up to a counter-attack.

Both Kena's puzzles and its combat add a twist in the form of the Rot, which are little spirit pals you can find in the environment. The Rot are a bit like Pikmin or the minions seen in games such as Overlord. In combat, you can send them to attack and distract enemies, allowing you to get in a few free hits or attack a weak point, and they're essential to making hearts vulnerable in the middle of fights, which can allow you to stop enemies from respawning so you can advance.

The Rot are the thing that makes Kena stand apart from similar games, and finding them, powering them up, and utilizing them effectively adds a tactical layer to fights that goes beyond just dodging and parrying. Since the Rot are all pretty small, you need to work up their courage to bring them into the battle. As you deal damage and kill enemies, you fill a meter that gives you a Rot action, and you can deploy them in a fight with a single button or use them to power up one of your attacks for a big hit. The Rot are also crucial for taking advantage of the environment--you have to send them at hearts in order to neutralize them, and the only way to heal Kena is to expend a Rot action.

Working with the Rot in combat forces you to constantly be on the attack and to pay attention to your environment. You need to mentally log the location of hearts that spawn enemies and the items you use to heal, and it's often essential that you knock out smaller, weaker enemies to build Rot charges so you can distract and take down bigger, tougher ones. Deciding how best to use the Rot in combat keeps you balancing a big-picture view of a fight with the smaller, more intense moments of parrying a big hit or sniping a weak point.

Occasionally, the combination of those elements can be a bit annoying, because it's easy to blow a single dodge or block and have failure cascade on you, or to accidentally send the Rot to attack the wrong enemy as things get hectic. With some bosses, you'll probably need to die a few times just to figure out how badly they're capable of wrecking you. But death isn't the point, and at least with PlayStation 5's lickity-split load times, the game is always quick about getting you back into the action with as little punishment as possible. It also offers a story mode difficulty, which seems like a very good addition, given how deceptively difficult some of its fights can be. Kena's combat is generally tough and exciting, executing well on familiar dodge-and-parry mechanics, but it's the addition of the Rot and the versatility in how you can use them that really makes battles in Kena feel fun and intelligent.

That also goes for the game's various puzzles. Outside of combat, Rot follow you around or pop up on ledges and bridges as you move through the environment, and can be sent to do contextual actions in the world, like moving climbable objects to help you reach a high platform. Kena does a good job of combining the need to give the Rot commands with smart uses of Kena's abilities, creating situations in which solutions need you to think about what you can do with the unlockable bow or platform-levitating bombs, as well as what the Rot can do to alter the environment.

Where Kena nails the balance is in providing you with tons of puzzles that mostly reward your observation skills, without overly taxing your ability to solve them. Most of the time, spotting something the Rot can move or seeing an object you can interact with using spirit energy is enough to illuminate the path forward. You might be climbing along a wall and see a less-obvious spot where you can jump down, and every time, noticing something like this will take you to a reward.

The only drawback is that, with the game hinging so much on observation, it's very easy to miss the one item that would point you in the right direction. One particular puzzle, which required shooting several torches in a specific order, had me wandering the area trying to figure it out for a good 10 minutes before I realized how simple the solution really was, but that I hadn't caught on to the single-use clue the game had included to show me what to do. Mostly, though, these puzzles are just difficult enough to make you feel smart for catching on. Kena is also brimming with collectibles, including Rot spirits hidden in the environment and hats to customize them, and while chasing those items is largely inessential, the addition of all those little side paths and tiny rewards encourages you to explore and lose yourself in Kena's world.

And it is a beautiful world to explore, thanks to phenomenal art direction and an excellent, immersive score, made more so by the stories of the spirits found within it. Developer Ember Labs has its beginnings in animation, and the game takes full advantage of that background with cute characters and gorgeous cutscenes that help to invest you even further in uncovering what has happened in the village and setting it right. You can't save these people, but you can help them move on and forgive themselves.

In each section of the game, you venture out to find one particular tormented spirit and help them achieve peace, and your journey through the location is all about piecing together the story of who these people are and what became of them. In each, you're not just helping free a human spirit who has been corrupted and twisted into a powerful and dangerous boss by their trauma--you're also helping the spirits of the people who loved them but cannot reach them. The interactions with the characters you find in each section of the game helps imbue the areas in and around the village with a character of their own, and despite the fact that the place has been all but destroyed, you can feel the life that once thrived there.

What's missing from the story, though, is Kena herself. The game hints that some tragedy in Kena's past has scarred her, much like the spirits she sets out to help. Near the climax of the story, the game digs into some of Kena's motivations and history but wraps things up so quickly and neatly that it feels like some aspect of her tale might have been cut. Kena is more or less in the same place at the end of the story as at the beginning, and in a game where so much development is given to the stories of the inhabitants of the village, the attention paid to the protagonist feels anemic by comparison.

The act of meeting and understanding all those other characters is powerful, though. Kena: Bridge of Spirits is ultimately a game about making those connections, just like it's about making a connection with the game world around you through the Rot. It centers on characters who tried valiantly but failed to help one another, and what dealing with that pain did to them. It's about exploring a world and seeing what it once was, and helping to restore it again. And while Kena: Bridge of Spirits is full of familiar-feeling combat and exploration, its ability to find different ways to look at those ideas makes for a beautiful, emotional, and exciting journey.

View Comments (101)
Back To Top
9
Superb
About GameSpot Reviews 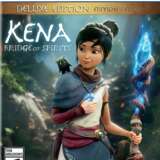 Phil Hornshaw ventured through Kena: Bridge of Spirits guiding ghosts to the afterlife for about 12 hours, but he intends to return and rescue the rest of his little Rot buddies. Review code was provided by the developer. 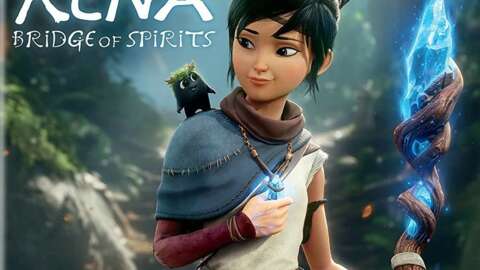