Kelly Slater's responsive control, consistently good visuals, and diverse gameplay will ensure that most anyone will end up enjoying this game.

At the launch of the Xbox, Infogrames and Angel Studios delivered the surprising TransWorld Surf, a surfing game that featured strong production values all around and was head and shoulders above any previous surfing game. Now, almost a year later, TransWorld Surf is finally getting some respectable competition in the form of Kelly Slater's Pro Surfer. Though it provides a slightly different experience, Kelly Slater easily matches the overall level of polish and playability of its competition, and it's a unique and enjoyable game in its own right.

Treyarch, the team behind Kelly Slater's Pro Surfer, as well as an assortment of Tony Hawk platform ports, has essentially taken the Tony Hawk style of gameplay and adapted it to the sport of surfing, making the game a breeze to pick up for any experienced "pro skater." When you're on the face of a wave, you can use the X, Y, and B buttons to perform a snaps, stalls, and slides. If you want to go vertical, simply pump up and down the wave to gain momentum and then launch using the A button. When you're in the air, you can perform grab and flip tricks using the X and B buttons. Some of the tensest action to be had in Kelly Slater is in the tube. By holding down on the D pad, you can slide right into the barrel, at which point a vertical balance meter will appear. You'll gain points just by staying on your board while you're in the tube, but you can also perform an assortment of tricks while you're in there, such as dragging your hand against the roof of the tube or lying down on your board.

Linking together a series of consecutive tricks has been one of the core mechanics of extreme sports games since the beginning, and Kelly Slater facilitates this on the water with clever use of its special meter. When the meter is empty, you can only link together tricks that are on the same section of the wave--face tricks can be linked with other face tricks, tube tricks with other tube tricks, and so on. But when your special meter is full, you'll not only be able to perform special tricks, but you'll also be able to link tricks performed on different parts of the wave together for outrageously high scores. While the mechanics in Kelly Slater's Pro Surfer aren't incredibly original, they're smooth and responsive, and the game makes good use of them, creating what is easily the deepest surfing experience to be had on a console.

All this action comes into play in the career mode, the core of the game. Most extreme sports games tend to go light on the storytelling, usually letting you fill in the blanks as to why your skater is thrashing a natural history museum or a Mexican bullring or what have you. Kelly Slater's Pro Surfer, however, invests in a little back story to help get the ball rolling. As one of the 10 playable professional surfers in the game, you embark on an epic boat trip, searching the globe for the perfect wave, giving the game a sort of Endless Summer feel to it. The pretense of the boat trip is really a minor touch, but it's handled so consistently that it helps give the game a distinct personality.

As you travel from beach to beach, you'll be charged with a half dozen or so challenges at each stop. These include standard score challenges and location-specific challenges, like spraying a windsurfer or jumping over a pier. Also, in photo challenges, you'll have to pull off high-scoring tricks right at the moment the surf photographer takes his shot. But the icon challenges are the most unique challenge in Kelly Slater, giving you the task of performing a certain number of tricks, which are designated by a scrolling a list of moves on the right-hand side of the screen. Successfully completing these different challenges will unlock new beaches, equipment, special moves, and challenges at existing locations. You'll also participate in competition levels, where the goal is to simply have a better run on the water than your opponents. The career mode is generally good fun, with enough variety to keep you engaged and the constant lure of new tricks and boards to keep you coming back.

The game features other single-player modes as well. There's the standard free surf mode, in which you can just go and goof around on the water without a time limit. The handicap mode will let you play with adjusted stats, making things easier on the novice player and more challenging for the pro. There is also a mode that lets you participate in the icon challenges found in the career mode, but without all the excess baggage of the career mode. If there's more than one wannabe surfer around, Kelly Slater has some fun multiplayer options as well. The head-to-head mode is a standard split-screen competition for points. The push mode puts an interesting twist on the head-to-head formula--as you perform tricks, the line that separates the two screens will move, giving your surfer more real estate on the screen and making it harder for your opponent to see what he or she is doing. The first player to take full control of the screen, or the player with control of the most screen when time runs out, wins. Finally, the time attack mode is a turn-based multiplayer mode. The more points you score during your run, the less time the next player will have during his or her run. The multiplayer modes and the auxiliary single-player modes don't have the longevity of the career mode, but they are a satisfying diversion nonetheless.

The graphical presentation in Kelly Slater's Pro Surfer is generally solid. Unsurprisingly, the Xbox version sports graphics that are superior to those of its multiplatform brethren, with sharper textures and an extremely smooth frame rate. The surfers themselves look good, and they're represented by sharp, clean models and a large variety of refined trick animations. They're easily on par with the player models found in Activision's other modern extreme sports games. The waves themselves look and move very naturally, but the different textures applied to the surface of the water tend to be too uniform, betraying the otherwise convincing behavior of the water. The placement of the camera relative to your surfer also seems closer than it should be, which can occasionally make it difficult to figure out your position on the wave. The only other real complaint that can be lodged against Kelly Slater's graphics is the slightly repetitive nature of the levels, which give you a basic feel for the different locations but rarely show off enough of the environment to make any one locale terribly memorable.

As you might expect, Kelly Slater's Pro Surfer features a soundtrack brimming with licensed music. But instead of the usual rap, rock, pop, and punk suspects that seem to turn up in every board sports video game, the music featured in Kelly Slater ebbs toward laid-back international sounds. This lends the game a more tribal, spiritual feel that seems much more fitting to the sport (as well as to the game's distinct style) than the twitchy three-chord noise that is generically associated with board sports. The environmental sound in Kelly Slater tends to be pretty subdued, but it's still effective. The roar of the ocean fills in most of the background noise, though the other surfers and water sport enthusiasts you encounter in the water can be quite vocal as well.

Instead of using past mediocre surfing games as an excuse for cutting corners, Treyarch has risen above and created a surfing game that exhibits a high level of quality in every facet of its execution. Extreme sports buffs looking for something totally original may be a bit disappointed, but Kelly Slater's responsive control, consistently good visuals, and diverse gameplay will ensure that most anyone will end up enjoying this game. 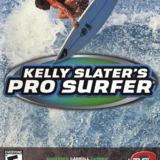 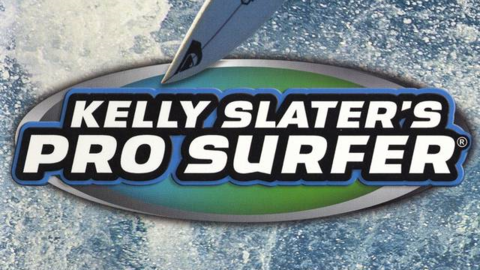