While it offers some impressive production values, it ultimately seems shallow and incomplete, and it won't hold any fighting game player's attention for long.

There have been countless one-on-one fighting games over the years, but only a small number of them have managed to distinguish themselves. That's because, while fighting games don't have to be complicated, the great ones all manage to get the controls, character designs, moves, and balance just right. Kakuto Chojin, a new fighting game for the Xbox, unfortunately doesn't succeed on any of these levels. The fact that Kakuto Chojin was originally displayed as a technical demonstration of the Xbox's graphical capabilities clearly comes across while playing the game, because, while the game offers some impressive production values, it ultimately seems shallow and incomplete, and it won't hold anyone's attention for long.

Why the main single-player mode of Kakuto Chojin is billed as "story mode" rather than "arcade mode" is anyone's guess. In reality, there's no story to speak of. As one of 12 fighters (there's one unlockable character on top of that), you'll fight your way through a dozen stages against all the others, apparently because there's some tournament and you're in it. At the end, you get a brief textual epilogue for your fighter, and then the credits roll. Kakuto Chojin certainly doesn't have many frills. Besides the story mode, there's a practice mode and a survival mode, as well as several different multiplayer modes, one of which actually allows as many as four players to duke it out simultaneously and sounds more exciting than it is.

Fighting games of course are all about the core gameplay and not about the frills. And it's the action in the ring that's the biggest problem with Kakuto Chojin. In short, the game's fighting system is far too simplistic. Each character's set of moves is so limited that you'll find yourself using the same maneuvers over and over, match after match. The game basically plays like Tekken, the very first installment of Namco's 3D fighting series, which dates back to 1994--only Kakuto Chojin has a much smaller move list and fewer characters. At any rate, the fighters all can execute high, middle, and low attacks, one or two unblockable moves, a couple of throws, and maybe a reversal. Damage is dealt by hitting the opponent where he or she isn't blocking or better yet by knocking the opponent into the air and juggling him or her with successive hits before he or she hits the pavement. Unlike in Tekken, fighters can also move freely about the game's enclosed 3D arenas, though there isn't much reason to do so. The game's one attempt at innovation is in how it allows you to trigger a temporary speed boost every so often, which lets you perform a few different types of moves while it's in effect, but it mostly just allows you to string together more hits more quickly. It's not a bad idea, but it doesn't make up for the game's lack of variety.

Simply put, the lack of moves kills this game. While games such as Virtua Fighter 4, Tekken 4, and Dead or Alive 3 offer many dozens or even more than a hundred different moves per character, Kakuto Chojin's fighters have just a fraction of that amount. The gameplay thus becomes a simple matter of rock-paper-scissors. Hit him low if he's blocking high, hit him in the middle if he's blocking low, or if he's blocking everything, throw him. While this is the underlying system behind every successful 3D fighting game to date, the difference is that those games offer much more variety, much more depth, and much more subtlety. In Kakuto Chojin, you can easily win matches just by picking one of the faster characters, finding a cheap and easy canned combination of punches and kicks, and performing it repeatedly. Even the computer at its higher difficulty settings can't really defend against a good round of button mashing. Most of the game's moves are quite damaging (and you can't tone the damage down in the options), so most rounds just boil down to a few back-and-forth exchanges of blows.

Strangely enough, Kakuto Chojin offers two somewhat different move sets for each fighter, one of which becomes available after you finish the story mode with each respective character. The second version of each fighter looks identical to the first but tends to have faster, more-damaging moves and longer canned combos at his or her disposal. Perhaps by incorporating both move sets for each character into one, the designers could have given Kakuto Chojin some more depth and variety. But because all the moves are easily executed, either using just the buttons or using the buttons along with simple directional movements, it's unlikely that this would have saved the game or even been possible. One of the big problems with Kakuto Chojin's gameplay is that, despite how different all the fighters look, they basically all control in just the same fashion. Good fighting games reflect the differences in each of their characters' fighting styles in the controls and the timing required to perform their moves.

For what it's worth, the game's characters seem promising. The international roster includes a buffed-up karate expert from France, a kickboxer from Somalia, a huge wrestler from Mexico, a secret agent from Spain, an American street fighter that looks just like Brad Pitt's character from Fight Club, and a freaky superhero-type that uses ninjutsu. Some of the other fighters, such as an unpleasantly emaciated Bruce Lee knockoff and a kid that looks like a reject from Sega's Jet Set Radio Future, aren't nearly as cool, but even so, the game's cast of characters and their respective fighting styles are the highlight of Kakuto Chojin.

Ironically, the fighters look their absolute best when you're not actually touching the controls, and they exhibit some really impressive, motion-captured fighting stances. J.D. Stone, the Brad Pitt look-alike, bobs, weaves, and shadow-fights when idle, looking exactly how you'd expect someone engaged in a fistfight to look. Sabre, the karate master, methodically edges around his opponent, as if to not betray his next move. Kakuto Chojin makes some rather heavy-handed use of some of the Xbox's proprietary graphical rendering capabilities to produce characters that appear as though they're covered in baby oil (though this is presumably supposed to be sweat) and that have well defined musculatures. The fighters each have two different outfits, and some of them sport some very good looking textures, too. One of Shadow's superhero outfits is a disturbing red-and-black latex affair that makes him look as if the skin has been stripped from his body, and only shiny, sinewy muscle remains.

Since the game looks good in so many ways, some of the missing details stick out. While you can sometimes see the fighters' expressions change during a match, it's odd that none of them lip-synch their speaking lines. The game also has some clipping issues--characters' limbs will routinely jut right into or even through their adversaries. This isn't so noticeable during a fight, since the game runs at a smooth 60 frames per second, but the finishing blow of each round is seen in a slow-motion 360-degree pan--a stylistic effect that sometimes looks spectacular but often appears awkward and should have been reserved for special finishers and not for every single round. As for the backgrounds, each fighter has his or her own arena, some of which look quite detailed. But all are essentially small, enclosed areas and are functionally identical.

Kakuto Chojin is still a great-looking game for the most part, and it mostly sounds good too. Each of the game's stages has its own background music, and the eclectic mix of tracks by and large fits very well. Unfortunately, you won't get to hear much of the music, since for some reason the tracks start over from the beginning after every round, and as mentioned, the rounds are short. Another seemingly great aspect of the audio is that most all of the characters speak in their native languages, yet each has a very small number of speaking lines, making even this point of the game seem underdeveloped. During an actual fight, the characters emit the same two or three grunts and groans over and over, and you'll hear only a couple of different effects for when a punch or kick connects, the most common being a "snap" sound that just doesn't fit. In the end, Kakuto Chojin's audio is technically proficient but is not implemented well in the game.

No one aspect of the game is implemented particularly well, for that matter, and the whole game just seems unfinished. Anyone who isn't a fan of fighting games of course would have no interest in Kakuto Chojin to begin with. And yet those who've played a lot of fighting games are the ones who'll be the quickest to figure out Kakuto Chojin's simplistic fighting system and realize just how little there is to it. The game isn't without merits--some of it looks and sounds great, and part of the fun of fighting games is just seeing all the moves for every character for the first time. As such, Kakuto Chojin wouldn't make a bad rental, especially if you plan to have a few friends over. But there's no real lasting value to be found here for more than a few sessions. It's not that Kakuto Chojin should have remained a technology demo--it just shouldn't have been released as one in the guise of a fully featured game. 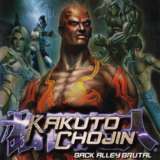 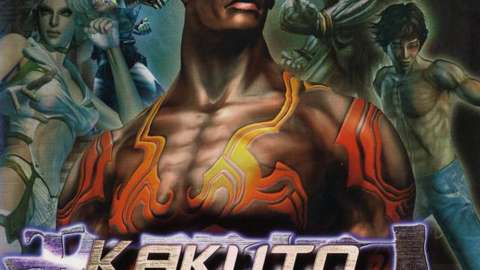 While it offers some impressive production values, it ultimately seems shallow and incomplete, and it won't hold any fighting game player's attention for long.