K-1 Grand Prix is for the most part the same as the original.

Ostensibly, K-1 Grand Prix is the third title from Xing, but really it's the same game all over again. The beefed-up graphics and additional options in K-1 Revenge, the second game in the series, were enough to appease K-1 fans like this one once, but two times in a row just doesn't cut it. The cleaner character models and all of the new modes added to K-1 Grand Prix simply can't hide the fact that the game is just the same.

You still can choose from several modes of play, including single player, tournament, and training. There is also a new career mode, which lets you create your own kickboxer; unfortunately, the creation system employed is terribly simple, and it doesn't offer much variety at all. The career mode lets you fight your way up from the bottom of the ranks in the hopes of being named champion. Along the way, you must pay your dues by going through tedious exercises so you can earn enough points to purchase moves, which you can use during a match. Of course you can still choose from 16 of the top kickboxers in the world, like Andy Hug, Musashi, and Ernesto Hoost.

This game controls the same as the first two games: The D-pad moves your fighter toward and away from your opponent; the shoulder buttons sidestep, while the buttons on the face of the controller execute punches, kicks, and special attacks. If you press up or down on the D-pad while pressing an attack button you'll vary the height and/or type of attack. However, the actual speed that the game runs at is a great deal slower than that of the other K-1 titles, and this makes playing K-1 Grand Prix totally boring.Visually, K-1 Grand Prix is definitely an improvement over its predecessors. The game's frame rate is fast and runs quite smoothly. The character models have improved dramatically: No longer are the fighters blocky polygons strung together but instead are quite rounded, and they represent their real-life counterparts quite well. However, improved models can't hide the same old animations used for punches and kicks. The animations of the fighters performing various moves look very stiff and unrealistic.

In the audio department, the sound effects are decent but not very authentic. The music in the game is good enough to get the job done but not much past that. Unfortunately, there's no cool quasi-rendition of Van Halen's Running With the Devil, as there was in the last K-1.

In the end, K-1 Grand Prix is for the most part the same as the original. Sure, the graphics are cleaner and the game has more options, but for anyone who has played the first two K-1 titles, the third isn't worth playing. If you haven't played any of the K-1 games, and you are curious about K-1 Grand Prix, you shouldn't be - the game's outdated engine and control scheme are inferior to just about any other fighting or boxing game released in the past year. If you just have to know for yourself, take my advice and play K-1 Revenge - it was a bit faster and therefore more fun. 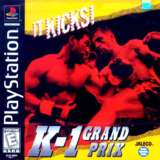 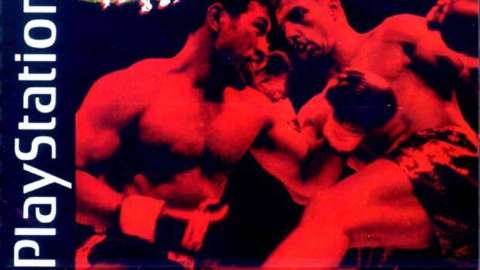 K-1 Grand Prix is for the most part the same as the original.