Just Dance 3 is heaps of hilarious fun that no party should be without.

Letting go of your inhibitions can often be difficult--just ask a sober person at a karaoke bar--but doing so is a requisite for getting the most out of Just Dance 3. Its hilarious and often downright insane routines have you doing the jive bunny, playing air guitar, and jumping around like a complete loon to an eclectic selection of songs that are guaranteed to get you dancing. The series' transition to the Xbox 360 has been a smooth one, with crisp HD visuals that look great, and accurate motion tracking from the Kinect. Plus, a new levelling system, new modes, and the ability to record your own routines to send to friends mean there's more content to explore than ever before. Just Dance 3 isn't the game to go for if you're after a technically challenging dancing experience--look to the likes of Dance Central for that--but if it's a silly, energetic, and accessible dancing game you're after, it's unmatched.

Though the Just Dance series has never been difficult to pick up and play, the Kinect makes things even easier in Just Dance 3. You pick a song to dance to and mimic the actions of a virtual dancer onscreen. You're awarded points based on your movements, which are tracked by the Kinect, with each being scored as bad, OK, good, or perfect. While it's still impossible to fail out of a song, no matter how few points you get, a new levelling system ensures you've got more of an incentive to rack up a high score. After each dance, you're awarded stars, which go toward increasing your mojo level. Reach a certain level, and you unlock new content, such as playlists or dances.

In addition to including a more compelling single-player mode, Just Dance 3 lets you get up to four players together for a simultaneous dance-off--a first for a Kinect game. Multiplayer requires no setup either, with the Kinect automatically sensing when there are extra players present. While any song can be played with four players, there are specific songs that have been designed with more dancers in mind. These include a bouncy duet to Girls Aloud's "Jump" and a rock-and-roll duet to Queen's "Crazy Little Thing Called Love." It's the four-player dances that are the most fun, though, with choreography that's clearly designed to cause as much embarrassment from the participants as possible. Highlights include the Power Rangers-inspired "Spectronizer," complete with multiple superhero poses, and Kiss' "I Was Made for Loving You," which features a full four-piece air band and the most unexpected dancing twist in the game.

The choreography is excellent throughout, striking a fine balance between fun, skill requirement, and suitability to the song. Play an early '90s hit like "Gonna Make You Sweat (Everybody Dance Now)," for instance, and you're asked to perform the running man, while more modern songs like Duck Sauce's "Barbra Streisand" and Katy Perry's "California Gurls" feature sexy twists and twirls that wouldn't look out of place onstage today. Even if you're not participating, it's hilarious to watch your friends perform, with onscreen lyrics that let you sing along too. While the excellent tracklist caters to most tastes, other songs are available to download from the in-game store, such as MC Hammer's "U Can't Touch This" and Blondie's "Heart of Glass," for 240 Microsoft points each--the same as downloads for Dance Central.

Matching the excellent choreography are the visuals. The bright neon dancers with their stark white outlines look better than ever and are still modeled after video footage of real-life performances, making them natural and easy to follow against the bright backgrounds. The graphics have seen an overhaul, with improved detail and animations that fit within the theme of each song. Highlights include the '70s disco lights and Afros in Earth Wind & Fire's "Boogie Wonderland"; the electronics-infused circuit boards and robot costumes in Daft Punk's "Da Funk"; and the floating price tags and cash symbols in Jessie J's "Price Tag."

Aside from the standard Dance mode, there are many different playlists to play through, some coming under the banner of Sweat mode, which does a great job of giving you a workout. If you'd rather perform your own preferred moves, one of the most exciting new features in Just Dance 3 lets you do just that. Using the Kinect camera, you can record your own routine to a song and play it afterwards with friends. You can also download the routines of other players over the Internet and share your own, though sadly, sharing is limited to a select number of songs. The quality of the recording is excellent, thanks in part to the neon makeover you're given, which conveniently masks the low resolution of the Kinect camera. The camera is also useful for practicing the premade routines, with the Coach Me mode letting you view your performance to catch any mistakes.

The recording feature alone makes Just Dance 3 a considerable upgrade over its predecessors, and depending on your skill level, it can be either impressive or just incredibly funny. Humour is what makes Just Dance 3 such a great experience, particularly when you're playing with friends. Each routine has been expertly choreographed, not to be technically impressive, but to be as much fun as possible. The new mojo levelling system means you've got something to aim toward if you're playing alone, while the improved motion tracking, crisp visuals, and inspired tracklist ensure there's a high level of presentation throughout. Even the most cynical of players should give Just Dance 3 a try--you might come away a little embarrassed, maybe even a little sweaty, but you'll have a huge smile afterward. 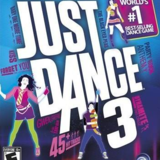 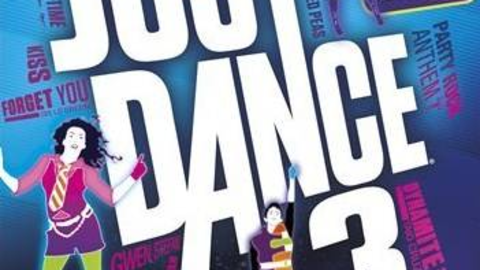