Just Cause is able to justify its relative brevity and disrespect for physical law with some extremely visceral and often satisfying action.

Suspension of disbelief is such a fundamental part of the video game experience that we often take it for granted. Multiple lives and first-aid kits that instantly mend whatever ails you are conventions that we accept without batting an eye, even in games that purport to have realistic settings. That said, Just Cause is a visceral third-person action game with some outrageous action that will require an extra helping of that suspension of disbelief to be able to enjoy. But, if you can get past the infeasibility of a man hanging onto the tail of a flying jet with one hand, you might find a lot to like in Just Cause.

Though the broad structure of Just Cause is copped from the Grand Theft Auto series, the game also shares certain characteristics with Mercenaries and Pursuit Force. The game takes place on the fictional Caribbean island of San Esperito. You play as the black-clad Rico Rodriguez, an amused but detached character who in no small way evokes Antonio Banderas' mariachi character from Desperado. Rico comes to San Esperito to help overthrow Salvador Mendoza, a corrupt dictator in league with the Montano drug cartel. With you are Sheldon, a Hawaiian-shirt-wearing, Joe Don Baker-type who has a way of saying Spanish phrases like "El Presidente" with a pronounced twang, and Kane, a comparatively bland tough girl with a lot of sass and some vague history with Rico. With the assistance of the People's Revolutionary Army of San Esperito, as well as the rival Riojas drug cartel, your aim is to dismantle the existing regime through assassination, espionage, and plenty of mayhem.

The island of San Esperito is huge, and though there are a few urbanized areas, including a small high-rise district, several military installations, seaports, and airports, most of San Esperito is blanketed in undeveloped rainforest that is peppered with crude settlements. Its size is a little deceptive, since there's not much to be done in the huge tracts of forest, but it all feels organic, and the scope of the island is still impressive. You're given a good feel for the size of the island, as well as some of Rico's more unconventional skills, right off the bat, as you start off the game by jumping out of a plane at several thousand feet. You can control Rico's speed and direction a bit while in freefall, and you can instantly deploy a parachute at the tap of a button, which slows you down enough to make a safe landing and frees up your hands to hold any one of the weapons you might have on you. The parachute system is just one of many absurd contrivances in Just Cause. There's no limit to how often you can deploy your parachute, it doesn't seem to take up any space on your person, and it never gets snagged on obstacles like trees, buildings, or streetlamps.

In Grand Theft Auto fashion, Just Cause lets you commandeer just about any vehicle you see, including boats, planes, and helicopters, provided you can get close enough to it. Once you're behind the wheel, most vehicles have a "stunt position," which forces you to relinquish control but lets you jump onto other nearby vehicles and take control of them or deploy your parachute, which will jerk you back up into the air. After a few missions, you're given a grappling gun, which you can use to hook onto vehicles from a few hundred meters away. Grappling onto a moving vehicle will cause your parachute to automatically deploy, making it possible to parasail around the island. Perhaps most impressively, you can use the grappling hook to skyjack helicopters and planes while they're in the air.

Using these mechanics well can take some getting used to, as a lot of the action buttons are contextual, and the only way to tell if you're able to pull off certain moves is when the onscreen text descriptions of the action buttons change. So the button used for jumping to another vehicle from the stunt position is the same for simply jumping out of your vehicle depending on the situation, and if you're not paying extra-close attention to the onscreen text descriptions, you'll end up on foot rather than on the desired vehicle. There's also a certain amount of contempt for the laws of physics in Just Cause. Perhaps the most absurd example is the ability to hop back and forth from the cockpit of a moving helicopter to the stunt position on the helicopter's tail, passing right through the spinning blades every time. You'll also find that you can deploy your parachute just feet from the ground without any harm, and you can go directly from a terminal-velocity freefall into a stunt position on a vehicle, even going in a direction completely contrary to your momentum as long as the vehicle is close enough.

The game doesn't even bother trying to justify any of this craziness, and it will no doubt annoy those expecting even a modicum of realism, but once you figure out how to effectively use these abilities to seamlessly grapple onto a car, take control of it, get into stunt position as you drive it off a cliff, deploy your parachute as you watch the car explode in the ravine below you, grapple onto an attacking helicopter and take it over, then freefall directly into the warm Caribbean waters surrounding San Esperito, it makes the action uniquely visceral and extremely satisfying.

It's lucky for Just Cause that it's able to differentiate itself from other, similar games with these ridiculous abilities, since some of the other facets of the gameplay aren't nearly as inspired. In all of the console versions of Just Cause, there's a liberal autotargeting system that only asks that you be pointing in the general direction of an enemy, which makes the gunplay a bit too easy. By comparison, the PC version defaults to a mouse-and-keyboard setup, though even then the gunplay is pretty forgiving and not especially satisfying. The most unique aspect of the gunplay is the ability to detonate grenades early by shooting them in the air, though it's about as hard to do as it sounds and rarely figures too prominently into the action. Save for a few specific planes, the vehicles control well enough, but the enemy artificial intelligence can be frustratingly tenacious, with a knack for spinning out your car and stopping you dead in your tracks.

The main mission of taking down Salvador Mendoza is relatively short, and if you're focused, you can burn through it in well under five hours. Missions are usually heavy with checkpoints, which means that if you die in the middle of a mission, you'll automatically start from the most recent checkpoint rather than from scratch. As long as you're not in the middle of a mission, you can be extracted to the starting point of your next mission at the touch of a button. The nature of the missions is predictable. The crazy parachute and grappling-gun mechanics can make the how of these missions much more interesting, but save for a few rather spectacular moments during the endgame, it's a lot of assassinate this guy, steal this item, blow up this building--there are rarely any big twists or turns.

Just Cause has the open-world GTA structure, but there's not a wealth of activities to take on outside of the completely linear main story. There are dozens and dozens of side missions you can take on for the guerillas and the Riojas drug cartel, which can net you new safe houses, weapons, and vehicles, but they're rarely more inventive than what's on offer in the primary missions. Theoretically, you'll do these side missions concurrently with the main missions, with the extra hardware from the side missions making the main missions easier, but the main missions are easy enough on their own that it's a moot point.

But then, you can have a good deal of fun with Just Cause simply goofing around with taking in the sights of San Esperito, which really does look and feel like a choice vacation spot with its beautiful greenery, white sand beaches, and clear blue waters. The Xbox 360 version gives you additional incentive to explore San Esperito with achievement points. You'll get a fair number by playing through the different missions, but there are also achievements for killing a number of enemies, performing a number of different types of stunts, or pulling off daring feats like base jumping for 1,000 meters. There are a lot of different unique achievements, and you could soak up a lot of time trying to earn every last one.

The use of achievements is just one of the reasons that the Xbox 360 version of Just Cause is the best version. Though the game's use of motion blur and light bloom can be a little overwhelming at times, the 360 version has the most stable frame rate, the clearest textures, and the cleanest overall look. The PC and Xbox versions are close in terms of fidelity, though we couldn't get the PC version to run in a wide-screen aspect ratio, and the Xbox version ran at a noticeably lower resolution with a more erratic frame rate. Additionally, we found no apparent way to opt for gamepad controls in the PC version. While the Xbox, PC, and Xbox 360 versions are comparable, the PlayStation 2 version feels compromised. The draw distance is much closer, there's a distracting amount of pop-in, textures look comparatively flat and grainy, and the frame rate regularly chugs. Though there's not much perceptible difference in terms of the actual content of the different versions of Just Cause, the PS2 version's technical shortcomings make it much harder to recommend.

Complementing the game's equatorial vibe is a fantastic soundtrack that meshes classical Spanish guitars with electronic beats, blaring trumpets, and surf and wah-wah guitars. Though there are only a handful of different tunes in the game, it uses them effectively, kicking in right before a firefight or a high-speed chase, imbuing all the action with a good deal of extra enthusiasm. It's unfortunate that the rest of the sound design isn't as good as the music. Rico's footsteps stand out as sounding especially flat on a lot of surfaces, and some of the weapon fire comes across as weak. The voice acting is also somewhat inconsistent. Your character is perhaps a little too dry for his own good, and some of the San Esperitians you'll encounter sound like lame caricatures, though the voice of Sheldon is right on, which is good since he talks more than any other character in the game.

Just Cause will evoke strong love-it-or-hate-it reactions from people for a lot of reasons. The game's amoral stance on the complicated issues surrounding US-sponsored regime changes in third-world countries will rub some people the wrong way, while others will be annoyed by its fast-and-loose approach to basic physics. Even though it doesn't get some of the particulars right, Just Cause can still be engaging simply because of the risks it's willing to take. 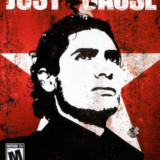 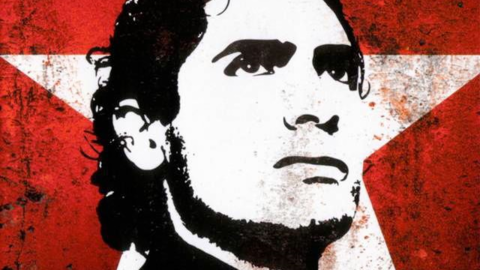 Eidos teams up with Swedish developer Avalanche Studios to bring you this action game.