It's fun to watch Jurassic Park's story play out, but this cinematic adventure isn't much fun to actually play.

Few who made the journey to Jurassic Park via Steven Spielberg's 1993 film have forgotten the island attraction and its prehistoric inhabitants: the spitting dilophosaurus; the swift and intelligent velociraptor; the towering tyrannosaurus. Now, Telltale Games has planned your return trip to Isla Nublar, and it's an authentic Jurassic Park experience through and through. Like the film, the game balances moments of awe and wonder with moments of terror, and its story finds an intriguing link with that of the film by using the movie's all-important Barbasol can as a branching-off point. This cinematic adventure is so rigidly linear that you're much more of a spectator than a participant, but it captures the film's atmosphere and excitement effectively, making it a worthwhile journey for those eager to see dinosaurs up close again.

Jurassic Park is a story-driven game, and it benefits a great deal from its diverse cast of characters. Happening concurrently with the events of the film and beginning before all hell breaks loose, the game introduces you to park vet Gerry Harding, who is showing his teenage daughter Jessi the unique wildlife of Isla Nublar. You also meet Nima, a Costa Rican mercenary hired to ensure the safe return of the dinosaur embryos the ill-fated Dennis Nedry stole and placed in the Barbasol can. Eventually, the cast expands to include two soldiers of fortune hired by the InGen corporation to safely get people off of the island, and Dr. Sorkin, a scientist who is fiercely committed to the ethical treatment of the creatures InGen has brought back from extinction.

The often conflicting motivations of these individuals give rise to a fascinating dynamic as they attempt to work together for survival even as they sometimes try to undermine each other's goals, and it's absorbing to see the ways in which they sometimes pose as much of a threat to each other and themselves as do the deadly predators roaming the island. Strong dialogue gets you invested in these people; warm banter between Gerry and Jessi quickly gives you a sense of their history, for instance, and the ideological arguments that flare up in the group help you understand what drives characters to take certain desperate actions, even when you object to those actions.

The game is broken up into scenes, some of which have you playing as a single character and others that let you switch between characters. Most of the time, you can pan the camera around your current environment, and objects that you can examine or interact with have unobtrusive button prompts on them. Strongly reminiscent of Heavy Rain, it's an intuitive and seamless interface that aids the game's cinematic presentation. When you're trying to solve environmental puzzles and move forward, this arrangement also keeps you focused on only the things that are pertinent to your situation, and because your options for how you interact with those things are extremely limited, these puzzles tend to be quite easy.

Unlike in most of Telltale's previous adventures, you don't have an inventory here, and if your character picks up an object, he or she typically knows what to do with it. For instance, in an early scene in which Nima is hunting for the Barbasol canister, if you pick up a soda can, she automatically drops it down a slope and uses its trajectory to attempt to discern where the canister might have fallen. This keeps the action moving, but also makes you feel more like an actor hitting a predetermined mark than like a character in an unfolding adventure, and it means that Jurassic Park rarely offers the satisfaction that comes with untangling a tricky conundrum.

Further reinforcing the feeling that you're an actor playing a part rather than a participant in this tale are Jurassic Park's action scenes. During these quick-time events, you respond to prompts to make your character perform his or her predetermined actions. You hold or mash or rhythmically press buttons to do everything from swimming stealthily to scrambling out of reach of a velociraptor's snapping jaws. Comparisons to Heavy Rain are unavoidable, but whereas in Heavy Rain your errors could have lasting implications, resulting in the deaths of characters or other consequences, in Jurassic Park, there is only one way for things to play out. If you fail to respond to an input in time or otherwise fail the sequence, your character might meet a grisly end, but you're then returned to an earlier point to try the sequence again.

The only potential consequence of flubbing a scene is that you might receive a silver or bronze medal (or no medal at all) rather than a gold medal for your performance in that scenario. Still, these sequences are choreographed effectively and presented from dramatic, frequently shifting camera angles, making them fun to watch. The velociraptor chases, T. rex pursuits, and other deadly situations the characters find themselves in are suspenseful, with plenty of narrow escapes, and the characters are complex enough that, although you may not like all of them, you're interested enough in all of them to want to know what fate has in store. Unfortunately, on the PlayStation 3, frame rate hitches and sound stutters frequently interfere with the cinematic flow of these sequences, diminishing their impact and sometimes interfering with your control inputs as well. The suspense of a life-or-death situation turns to frustration when you're playing it for the third time because your responses failed to register.

Although the dialogue between characters is generally well written, those times when you take an active role in conversations often make you feel less connected to the game's characters. When talking, you're presented with a number of options for what to discuss, but it's often not clear what these options mean. For instance, in one conversation, you might see the option "Those things." You might have an inkling as to what the "things" in question are, but no idea what your character is going to say about them, and since you're in the midst of trying to defuse a tense confrontation between other characters, the lack of context is frustrating. In most games, you might ask other characters about things to elicit expository information from them; in Jurassic Park, you're just as likely to choose a conversation option ("Alpha Lizard," for instance) to get such information from your own character. It makes it hard to feel a connection to the character you're playing when you're choosing dialogue options blindly like this.

Telltale's engine is no technical powerhouse, and it's better suited for the stylized look of games like Back to the Future than for Jurassic Park's more realistic visuals. But although the human characters look a bit rubbery and unconvincing, the dinosaurs look nearly as fearsome as they did on the big screen. They also sound terrifying, since the game uses the same sound effects heard in the film, from the throaty clicking noise made by velociraptors on the prowl to the unforgettable roar of the tyrannosaurus. The locations you visit that appeared in the film, like the visitor's center, are detailed duplicates of their cinematic counterparts, and the new locations, like an aquatic exhibit that houses a previously unseen predator, fit right in with the film's aesthetic. The occasional use of John Williams' theme helps make this about as authentic a return to the film's world as you can get without Jeff Goldblum showing up and chatting about chaos theory.

The opportunities to experience places not seen in the film and narrative strands not explored by it make Jurassic Park an enjoyable return to Isla Nublar. Unlike earlier episodic adventures from Telltale that were doled out over a period of months, all four Jurassic Park episodes were released simultaneously, so you can experience the entire game immediately. Completing the $30 game will probably take you around six hours. Despite the ability to jump to any scene you've completed already and try to earn a better medal, there's little appeal to going through the motions again because things play out in exactly the same way each time. Unfortunately, like the cars that shuttle people around the island, this game is on rigid tracks and offers you no control over where it goes or how it gets there. You're just along for the ride. 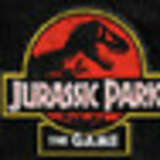