If you're looking for a dancing game for kids or hard-core Disney fans, Rhythm N'Groove is worth taking a look at.

Jungle Book Rhythm N'Groove is Ubi Soft's take on Konami's Dance Dance Revolution series, replacing the techno pop and crazy ravers of DDR with upbeat renditions of songs from Disney's Jungle Book and polygonal characters from the Disney movie. Like DDR, the object of Rhythm N'Groove is to dance. However, Ubi Soft has wrapped a bit of the Jungle Book storyline around the dancing to create a dancing adventure of sorts.

Like Dance Dance Revolution, Rhythm N'Groove is best played with a dance mat. Ubi Soft has teamed up with Thrustmaster to produce its own dance mats for the game. To fit with the child-oriented gameplay and difficulty, the Ubi Soft mats are smaller than the Konami mats but just as functional. You can even use the mats to play Dance Dance Revolution, should you be so inclined. The gameplay in Rhythm N'Groove is roughly the same as in DDR. Arrows fall from the top of the screen, and when they reach a certain point at the bottom of the screen, you must step on the corresponding arrow on your dance mat. There are lots of different difficulty settings, though the game was clearly made for a younger audience, as seasoned dancing-game vets should be able to waltz right through Rhythm N'Groove, even on its toughest setting. Rhythm N'Groove differs from Konami's game in a couple of ways, however. Instead of having four separate arrows, Jungle Book has two columns, and different arrows fall in each column. Also, the game has power-ups. Occasionally, a simple step pattern will appear in the middle of the screen. If you can execute the steps between the normal, falling steps, you'll earn a power-up, such as a score bonus or automatic dancing. These power-ups also come into play over the course of a few boss battles, where you'll have to execute the power-up steps before a timer runs out in order to attack your foe with falling rocks or lightning.

Graphically, Rhythm N'Groove looks OK. The characters are well-modeled, and the dancing is varied from stage to stage, showing off a few different dance styles. The soundtrack, filled with songs from the movie, doesn't feature any particularly great dance numbers, leaving most people who aren't already fans of the film out in the cold. At the end, you're treated to a mode that shows off each character's dance steps, an additional but just as easy challenge level, and, once you beat that challenge, a music video from Lou Bega. Also of note is a hilarious how-to-play video that shows a few people getting busy on the dance mats.

Dance Dance Revolution fans might find a bit to like here, but the game is so mind-numbingly simple that anyone familiar with Konami's game will whip through Rhythm N'Groove in less than an hour. However, if you're looking for a dancing game for kids or hard-core Disney fans, Rhythm N'Groove is worth taking a look at. 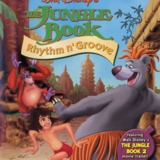 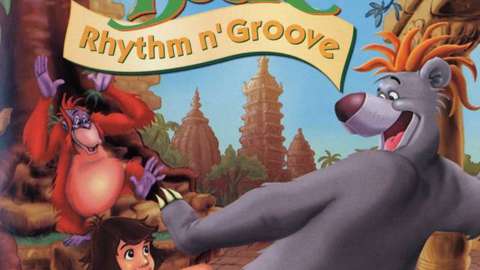 If you're looking for a dancing game for kids or hard-core Disney fans, Rhythm N'Groove is worth taking a look at.