Jump Force Review - Shonen Through And Through

The game's story plays out like a predictable shonen manga.

Jump Force is a celebration of 50 years of Weekly Shonen Jump manga, featuring nearly four dozen fighters from 16 of the magazine's most iconic stories. Bandai Namco's arena tag-team fighting game borrows plenty of elements from its source materials, for better and worse. Although Jump Force's campaign story drags on for way too long and ignores what could have been interesting character interactions in favor of repeated excuses for everyone to punch the crap out of each other, its combat is an enjoyable dance between two teams of fighters--thanks to the game's excellent mechanics and flashy visuals.

In Jump Force, you're an ordinary human who's caught up in a warzone when the Dragon Ball, One Piece, and Naruto universes collide into our world and bring their assortment of heroes and villains with them. After being mortally wounded by Frieza, you're resurrected as a hero capable of learning the powers, skills, and abilities of Shonen Jump's characters, and you decide to join Goku, Luffy, and Naruto's Jump Force of allies in order to fix everyone's broken world. What follows is a fairly stereotypical shonen affair, with your character growing stronger over time, enemies and friends switching sides, and a mysterious evil working behind the scenes. Like most fighting games, there's not a single problem you don't ultimately just fix with your fists, from deciding team leader to knocking sense into those who have been corrupted by the same evil forces responsible for everyone's worlds colliding with one another.

There's a decent story in Jump Force, but it's buried beneath a second act that goes on for far too long. After getting acquainted with your new allies, the game tasks you with responding to threats around the globe, as well as the recruitment of any additional heroes who've managed to stumble into our world from their respective universes. Character models during cutscenes are all rather cookie-cutter, as everyone stands in the same position throughout the story, only stiffly moving their mouths and occasionally blinking. The actual story moves with the same awkwardly slow pace, and it doesn't explain what's going on with everyone's worlds or what the villains' motivations are until the third act, so you play through most of the game without any idea as to what you're really fighting against. Not being able to skip cutscenes is also rather annoying, as exiting out of a mission for any reason--such as buying more items to use in combat--has you watch the same 40- to 90-second scene again.

There are brief snippets where you can see how a side story might have helped flesh out the characters, which in turn could have been a good incentive to keep pushing forward through the campaign. For example, Boruto recognizes a sadness behind the eyes of My Hero Academia's Midoriya and confides with the young hero that he knows how hard it is to live up to the ideal of father figures. But the game breezes past moments like this in order to get to the next fight.

Thankfully, those fights are a blast to play. Every combatant comes equipped with an assortment of attacks, blocks, grabs, counters, and dodges that operate in a rock-paper-scissors system. Combat is fairly accessible, and it doesn't take long to understand how the basic mechanics work. However, with over 40 playable fighters, it takes time to get a handle on the entire roster's assortment of strengths and weaknesses, giving you plenty of reason to keep playing. Each fighter has four distinct and unique special attacks as well. Even though these special moves can be broken down into one of seven different types--short-range, dashing, counter, area-of-effect, long-range, shield, or buff--each fighter handles quite differently. If you've read the manga that these characters come from, you already have a fairly good idea as to what most of these iconic moves are and how they behave, but you'll still have to practice with each fighter to get a grasp of what every move can do.

Every attack, basic or advanced, can be avoided in some way--whether via blocking, dodging, or countering--so most fights are tense, with each side looking for a way to bait their foe into opening themselves up for attack without putting themselves at a disadvantage. I've had fights where, after 30 seconds of back-and-forth, both sides are one strike away from defeat, and the battle continues for another full minute of counters, perfect dodges, and last-second blocks. It's empowering to finish off your foe with a perfectly executed combo or snag a victory when all hope seems lost. Each win feels like it needs to be earned, and this encourages you to explore the varied movesets of each fighter, experiment in how attacks might be chained together, and deduce your go-to characters' weaknesses in order to avoid defeat.

This is especially true in regards to the campaign, as you're allowed to customize your character with any four special abilities you want. You can also choose your character's gender, body type, voice, and skin tone, as well as dress them with an assortment of hairstyles, make-up, jewelry, and clothes, allowing you to build your perfect protagonist. Completing campaign missions earns you in-game currency, which you can use to buy new outfits and items. Cosmetics won't affect your character, but it's still fun to put together outfits and it's a welcome distraction when you need a moment to step away from the steep challenge of the late-game battles.

Once you're done with Jump Force's campaign, there's still plenty to do--even if not all of it is worthwhile. Free Missions are the game's version of a challenge mode, but it's not all that different from the handicaps placed on you in late-game story missions. The same can be said for Extra Missions mode, which you can play if you need a little extra in-game cash for that smokin' pair of black pants you've been eyeing for your character or if you want to expand your level cap.

However, a lot of fun can be had in Jump Force's competitive modes. You can play online or off, with both friendly and ranked matches in the former. Online is where your skills will be put to the test, meaning it's also where you'll find the game's best fights. Jump Force also allows you to practice against a computer while you wait for the game to find you an opponent, so you're not just waiting on a loading screen, which is a welcome touch. Ranked Play provides the most challenging combat in Jump Force by far, but earning higher titles--and thus bragging rights--by defeating more skilled opponents is a compelling goal to work towards.

Each win feels like it needs to be earned, and this encourages you to explore the varied movesets of each fighter.

It's awesome to see Jump Force's roster of playable fighters include so many characters from Shonen Jump's history, even the ones from manga that aren't as mainstream but no less important, like JoJo's Bizarre Adventure and Saint Seiya. That said, there's a disappointing disparity in the number of male and female characters, especially when Dragon Ball, One Piece, and Naruto contribute to nearly half the roster and only have two women between all three of them. Shonen Jump has always been geared towards young boys, but that doesn't mean its manga hasn't had great female fighters. Including Dragon Ball's Piccolo over Android 18 and Naruto's Gaara over both Sakura and Hinata is odd, as is leaving out Black Clover's Noelle, Yu-Gi-Oh's Anzu, My Hero Academia's Uraraka, and Boruto's Sarada.

Jump Force is a worthy celebration of the legacy of Shonen Jump manga, but it honors its source material a little too well with how filler-heavy the middle of its story arc is. However, even if the game rarely provides a clear motivation for stopping evil other than good must always oppose it, the act of stomping out villains in Jump Force's frantic bouts of tag-team arena combat is an enjoyable test of strategy. And with over 40 characters to master, there's ample opportunity to develop new strategies and reach greater feats of combat prowess in online multiplayer.

View Comments (101)
Back To Top
7
Good
About GameSpot Reviews 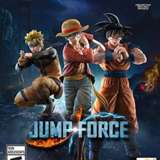 Jordan tore himself away from reading Shonen Jump's latest chapter of The Promised Neverland long enough to celebrate the manga magazine's more iconic stories and characters in Jump Force. He spent 28 hours in the game playing on Xbox One X, with other GameSpot staff testing the PC and PS4 versions. Complimentary review code was provided by Bandai Namco. 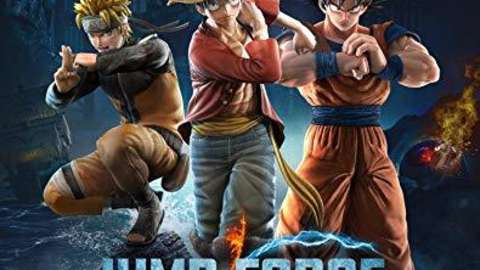