Juggernaut's slow-paced gameplay and bare-bones interactivity make for a lackluster game - one that only patient puzzle fanatics could embrace.

Freeway veterans know the kiss of death: a slow-moving car in the passing lane. When boxed in, speedy drivers are forced to suffer slowly behind these traffic-jam instigators. That frustrating feeling of moving slow and being powerless to do anything about it encapsulates the experience of playing through Juggernaut, a point-and-click puzzle adventure that, to paraphrase Austin Powers, puts the "ger" in meager gameplay, baby.

This three-CD game starts with a fairly unconventional plot: A girlfriend possessed by an evil spirit needs the player to warp into her twisted soul to save her. However, the gameplay is strictly cookie cutter: Move, gather items, then use intellect and/or items to solve puzzles that will ultimately rid the evil from the player's gal pal.

The main problem with this first-person point-and-click game is that there's not much to point and click at. Game screens have only one or two items to select, at most - a drawer or an object - and the rest is eye candy. Gameplay would've been more exciting if players could interact with the game screens and explore them in greater detail. That shortfall in both detail and animation makes players feel as though they're walking from one painted game screen to another, which dulls the excitement level immensely. Compounding the dullness are transition FMV screens that shuttle players from one screen to the next. These slow the game's pace to boredom-inducing levels.

That's not the only complaint. Frankly, most puzzles are too easy. A few ask youto memorize and repeat sound or visual patterns - those aren't too bad. Worse are the mindless puzzles that get "solved" after you visit different areas randomly. For example, a character will give you a password only after you have visited a nearby area twice. You're only going to solve that puzzle after wandering from screen to screen - hardly the definition of challenging fun.

In addition, many of the puzzles are made difficult not by being challenging intellectually, but by the fact that you must backtrack repeatedly to solve them. For instance, in the mansion stage, you must switch between small and large bodies to explore different areas. Every time you have to make a body switch to solve a puzzle, you must run back to the nearest switching station. This task gets tedious after time, especially if the switching stations are far away.

Juggernaut lacks the presentation savvy found in other video games. Most conversations are text-only, with sparse audio effects for background music and sound effects - painfully vanilla for a three-disc game. Despite extensive full-motion video sequences, the prerendered screens seem more suited to a first-generation title.

This game has a few redeeming qualities that should be noted. The idea of using different "bodies" to explore the game's mansion stage is indeed unique for a puzzle game - meaning that you need a certain body type to enter a given area of the mansion. The game's surreal plot, while convoluted and often hard to follow, makes for unique exploration stages, such as one where you surf the Internet in the year 2250, or another where you visit a village where all the murdered residents lack their eyeballs.... now if that's not the definition of a convoluted plot, what is? Finally, the game's storyline does get better once the second disc is popped in, but the puzzles remain woefully unchallenging.

Juggernaut's slow-paced gameplay and bare-bones interactivity make for a lackluster game - one that only patient puzzle fanatics could embrace. For the rest, switch lanes and pass this title up. 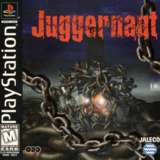 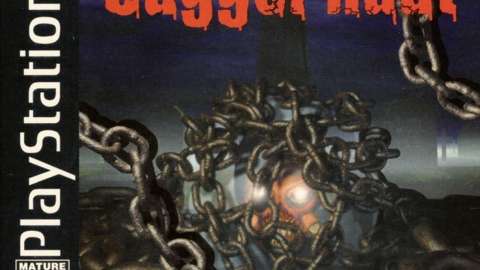 Juggernaut's slow-paced gameplay and bare-bones interactivity make for a lackluster game - one that only patient puzzle fanatics could embrace.