Released in Europe in 2003, the game hasn't gotten a whole lot better with age. It's a short, simplistic shooter that's not worth even its budget price.

Though it was released in Europe way back in 2003, Judge Dredd: Dredd vs. Death is just now arriving in the US. It's not clear what took so long, though every year that goes by puts more distance between Sylvester Stallone's Judge Dredd movie and anyone who might remember it, which can only be good for any product based on the Judge Dredd license. Whatever the reason, the game hasn't gotten a whole lot better with age. It's a short, simplistic shooter that's not worth even its budget price.

The game's based on the popular, long-running 2000AD series of comic books rather than the aforementioned unpopular Sylvester Stallone movie. You, of course, play Dredd, a cop of the future who acts as judge, jury, and executioner in a fascistic consumer dystopia called Mega-City One. Though the game's price is budget, it doesn't skimp on the heavy-handed social satire. On your quest to recapture four escaped "Dark Judges"--Fear, Fire, Mortis, and Death--expect to be hectored by lots of absurdly unsubtle and poorly acted jabs at various antiestablishment buzzwords, like "consumerism."

You can also expect to be badgered by a lot of vampires and zombies. Though there are some token human lawbreakers to execute here and there, for the most part, the game's 11 short levels pit you against swarms of the undead. Even for a game released in 2003, Dredd vs. Death's single-player campaign is a pretty bare-bones affair. There's virtually no variety in the gameplay from level to level, the combat isn't very intense, and the enemies aren't interesting or clever enough to support an entire game. You'll occasionally have to escort a civilian somewhere, but for the most part, the game comprises straightforward and not particularly well-executed combat. The four boss battles are especially tepid.

In what might have been an attempt to spice up gameplay, you can arrest human lawbreakers rather than kill them. Sometimes they'll surrender on sight, and sometimes you'll have to wing them first. The problem is, unless it's a very occasional part of a mission goal, or unless you're deeply into role-playing Judge Dredd, there's basically no reason to do this. Arrests do boost your "law meter," which is a stat bar that tracks your success as a judge. Unfortunately, the law meter isn't tightly integrated into gameplay. So unless you willfully ignore instructions, it rarely dips below maximum and can be safely ignored.

The entire single-player campaign can be completed in about five hours. The PC version, which lets you save anywhere, goes by even faster than the console versions, which feature only checkpoint saves. Two people can tackle the single-player campaign cooperatively (split-screen on the consoles or over a LAN or the Internet on the PC). This is a nice feature that would have been a lot more exciting in a better game.

As you complete the single-player levels, 11 "arcade" levels become unlocked. These feature small, goal-oriented tasks that usually require you to either kill a certain number of enemies as fast as possible or survive an onslaught for a given amount of time. In short bursts, these levels are actually more intense and entertaining than the campaign. However, like the campaign, they won't hold your attention for very long. These would have been perfect for the two-player cooperative mode, but, unfortunately, that option isn't offered.

The game looks a little more dated than it actually is. The environments are colorful but geometrically simple. They're not attractively stylized simple, either; they're just simple, with lots of big, flat surfaces. The upside to this is that all four versions look more or less identical, though the PC version, as usual, runs in higher resolution. The game also features what appears to be some of man's first experiments in rag-doll physics. Characters crumple and tumble but are completely out of sync with the force applied to them. Shoot an oncoming zombie in the foot and it's just as likely to be blown 20 feet in the air and forward as any other direction.

Success in both the campaign and arcade modes unlocks a bunch of extra character models that can be used in multiplayer. The consoles support four people split-screen, while the PC version can handle up to 16 people over a LAN or the Internet. All versions let you compete against up to 12 relatively competent computer-controlled bots, but only in the deathmatch modes and only against a single human player. The PC version unfortunately doesn't include a built-in server browser for anything but LAN games, so you'll have to hop out of the game and use an external browser to find servers. And even though the PC version supports more players, the majority of the maps are designed for two to four people. For instance, each of the three capture the flag (called "umpty raid") maps is incredibly small. It's a stretch even fitting four players comfortably on them. The other game types include standard deathmatch, team deathmatch, versions of both of these with limited lives, capture-and-hold, protect the VIP, and a couple of oddball taglike games. There's a pretty thorough variety of different gameplay types, and they run smoothly. If you're into the Judge Dredd atmosphere and don't mind the simple visuals, it's the best part of the whole package.

As far as budget games go, Judge Dredd is standard fare. It's not embarrassingly bad, but you're better off waiting for your next paycheck (or maybe getting a payday loan) and then sinking the extra cash into any of the much better full-priced shooters readily available on all four platforms. 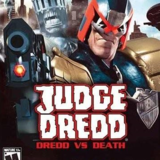 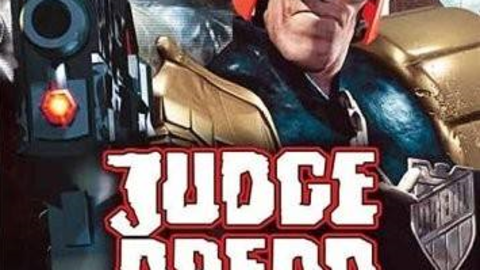 Judge Dredd: Dredd Versus Death combines weapon management, fast-paced combat, and intense multiplayer action. Based on the comic book, the game puts you in the shoes of Judge Dredd, a no-holds-barred judge who is determined to clean up the streets of the futuristic Mega-City One.

6.1
Sign In to rate Judge Dredd: Dredd VS Death