With such a large cast of eccentric characters and fighting styles, it's no wonder the cult favorite manga and anime series Jojo's Bizarre Adventure has repeatedly gotten the fighting game treatment over the years. The series' latest adaptation, Jojo's Bizarre Adventure: Eyes of Heaven, keeps the trend alive. But rather than retain the Street Fighter-esque fighting system from its predecessors, it goes for accessible team-driven combat in 3D free-roaming environments. While its new fighting system may throw off players of past Jojo games, Eyes of Heaven remains an entertaining platform for hardcore fans to engage with the series, as well as reenact or reimagine the greatest battles it has to offer.

Unlike past Jojo games, Eyes of Heaven utilizes a fighting system akin to the Naruto: Ultimate Ninja Storm series, putting its focus on easy-to-perform combos above highly technical play. However, Eyes of Heaven takes its own liberties with the established formula, emphasizing two-on-two matches where you and an AI-controlled teammate duke it out against an opposing team in a frenzied brawl.

Special moves are now performed with simple button combinations subtly displayed on-screen; removing the need to memorize or understand complicated inputs. There's also the addition of a combo breaker move that can stop an opponent mid-combo and launch them away, giving you time to breathe during a challenging match. These mechanical changes make combat straightforward and accessible, creating an experience that's far easier to pickup and play compared to the more complex and abstract fighting systems of previous Jojo games.

However, this doesn't mean that the fighting system is overtly simplistic; its intricacies are far more measured and understated. Each of the game's 53 characters has their own unique moveset packed with special moves that often yield a distinct execution property or effect. For instance, one character has a knockback at the end of his punching flurry attack, while another can inflict a bleeding status effect on an enemy when he hits them with his projectile move, causing their health to slowly drain over time. When used methodically, these attack properties can be strung together to create a multitude of powerful combos and setups. Despite the fact that advanced moves are easier to pull off than before, wielding them effectively requires a fair amount of practice. It's just unfortunate that there's no training mode available to better hone your skills towards executing these moves.

Battles in Eyes of Heaven are hectic and satisfying, keeping you constantly engaged as you perform one damaging flurry of attacks after another. And as you get a knack for the pace and flow of combat, your string of successes are rewarded by special achievements when you reenact moments or character behaviors from the series. These inside joke-infused achievements earn you bonus points that increase your overall ranking at the end of a fight. This adds a layers of enjoyment to your growing competency of the mechanics, aligning you further into the role of your respective character through association and context.

Once you've grown confident in your fighting abilities, you can take on Eyes of Heaven's story mode. Thankfully, it doesn't repeat the mistake of its predecessor--All Star Battle--by attempting to haphazardly retell the 30-plus year ongoing saga of the Jojo series with limited characters and assets. Instead, it tells an original crossover story that throws its multi-generational cast of protagonists into a conflict against a mysterious foe known as the "Noble One." (Be wary: if you haven't watched or read far into the series, there are major spoilers of key plot points for later arcs.) While the addition of a fully-fledged story mode with an original narrative is an inviting notion for longtime fans, its execution is tedious and lacks pacing. The story comes across more as mediocre fanfiction, displaying none of the over-the-top and dramatic qualities that makes Jojo's arcs so captivating.

The problem with story mode lies in its repetition; you're thrown into a predictable cycle throughout the 20-hour campaign, slogging through a multitude of repeated battle encounters under the same premise. The premise is as follows: your group of characters meets brainwashed versions of a couple of their old allies; you reluctantly fight them and once they're down, you cure them of their affliction and they join your team. This repeats until you obtain all 34 protagonists of the story mode's character roster. There are encounters that attempt to add variety to the monotony you're thrown into, such as fighting against waves of zombie vampires or playing a poker mini-game. But these moments are fleeting and do little to improve the tedium, as the story instantly turns around and repeats on the same old tired premise to push its plot forward. As an unfortunate result, the constant repetition also ends up detracting from the enjoyment of combat, rendering it a middling affair due to the dull framing of the narrative.

In the face of such a mundane story mode, it helps that Eyes of Heaven's visual presentation is so vibrant and endearing. Characters are faithfully rendered with an attention to detail that expertly captures the dynamic art of series creator Hirohiko Araki. A large number of the character models and animations have been recycled from All Star Battle, but they hold up well here, retaining a sharp aesthetic appeal thanks to a slight boost in detail and graphical fidelity. Each character is also brought to life with a pitch perfect cast of Japanese voice actors, whose performances elevate the plethora of fanservice moments they're thrown into. Eyes of Heaven contains far more banter between matches than All Star Battle, and it's an absolute joy to hear some of the series' most beloved characters speaking to one another with full authentic voice acting. From hearing a young Jotaro instruct his future daughter how to find the best punching angle, to hearing Dio acknowledge the fighting prowess of a certain italian-born fighter; moments like these heighten the excitement and add weight to the battles that ensue.

Aside from Story Mode and Free Battle--a mode that allows you to partake in one-off matches against the CPU--Eyes of Heaven also offers you the ability to play against others online. However, the netcode is incredibly unstable, featuring heavy input lag and erratic frame-rate. It's unfortunate that there's no local multiplayer options to compensate for the near-broken online mode, as the rare moments where competitive play did work amidst the lag proved to be energetic and tense.

Eyes of Heaven's issues hold it back from being as refined as other fighters, but I kept finding myself coming back to play more long after completing its story mode. The ability to play as such a large number of the series' most iconic characters, chaining their famous attack techniques into destructive combos, is a powerful and mesmerizing experience that serves as a fulfilling recompense that eases the frustrations elsewhere. And with a slew of single-player bonus fights, and countless character costumes and poses to unlock, there's a wealth of content available to maintain an ongoing sense of satisfaction. When Eyes of Heaven allows itself to simply deliver on the quality of its fan-serving premise and accessible combat, the game shines even during its lowest moments; and for the most dedicated lot of fans, this can be more than enough to absolve its biggest flaws.

Those unfamiliar with Jojo are likely to be bewildered playing Eyes of Heaven; the game pulls no punches in declaring its priorities with its thick layer of fanservice, pleasing only those who've read far into the series' three decade long run. It's an unfortunate misgiving to newcomers, but for fans, it's unequivocal bliss. Eyes of Heaven's foibles can be inexcusable to many, but it remains an entertaining, accessible fighter that fans shouldn't hesitate to try: "Do you understand?"

View Comments (8)
Back To Top
6
Fair
About GameSpot Reviews 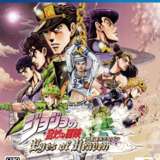 Matt played nearly 25 hours of Eyes of Heaven and his current mains are Lisa Lisa and Kakyoin. He's proud to say he's a huge Jojo fan and has read nearly the entirety of the series except for some of the latest chapters of Jojolion. His favorite parts are Diamond is Unbreakable and Steel Ball Run. Yes, he's watching the current anime and he loves it to death. 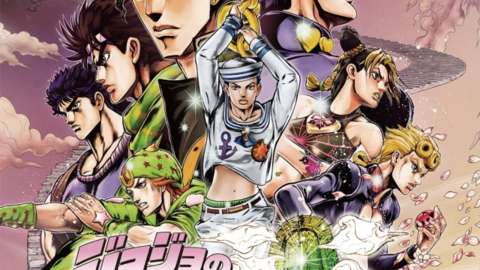 JoJo’s Bizarre Adventure: Eyes of Heaven is the next action-packed title under development at famed Japanese videogame developer, CyberConnect2.

7
Sign In to rate JoJo's Bizarre Adventure: Eyes of Heaven