You won't find names like Hakkinen, Schumacher, Coulthard, Irvine, Villeneuve, or even Herbert in the roster of drivers in Johnny Herbert's Grand Prix World Champions, nor will you see such famous teams as Mclaren, Ferrari, and Williams; even the circuits carry generic designations like Germany, Japan, and Great Britain instead of Hockenheim, Suzuka, and Silverstone.

But those are about the only things missing from Grand Prix World Champions. Sure, it's a little disappointing the game doesn't carry those licenses, but look on the bright side: With a suggested price of $29.99, Intense Games obviously passed along the savings to the consumer. And an option to customize driver and team names means industrious types can put things right with a little effort. Even if you had to race against generic drivers all day, though, Grand Prix World Champions would still be worth the money and then some, thanks to stunning graphics, good car physics, six preset difficulty levels, and surprisingly good force-feedback effects.

Grand Prix World Champions accurately models 15 of the most well-known Grand Prix circuits in the world, including a track in China that's scheduled to be included in the upcoming 1999 season. To help you get acquainted with each course, there's a training mode where you follow a computer-controlled car that's taking the best lines around the course (you can turn on lines at any time during a race except in ace difficulty mode); from there you can move on to a regular practice mode and run the circuit alone.

After sharpening your skills in practice mode, it's time for the really fun stuff: single-race weekends and a full season - all 15 tracks - in championship mode. Regardless of which competition you select, you can set the number of cars to race against and the number of cars to be rendered (even Grand Prix Legends doesn't let you do the latter), but oddly you must do it in multiples of five.

Six preset difficulty levels determine which realism settings (tire wear, engine overheating, spins and off-road spins, penalties, car damage, and fog) are enabled, but more importantly they also govern how fast computer-controlled opponents can go. This is an especially nice touch because it lets you get used to how your car handles under the game's most realistic settings without having to face the game's fastest drivers. Just like the ability to set the number of cars to be rendered, this is an option that even Grand Prix Legends doesn't have: The only help you get in Grand Prix Legends is four driving aids and shorter races.

The computer-controlled cars make for great competition, and except for the occasionally weird skyscape, the graphics are as good as those in any racing sim I've seen. It's a persistent gameworld, so if you lay down skid marks on the first turn at Monza, they'll be there the rest of the race, along with any created by opponents. The cars themselves, though lacking sponsor decals, have been rendered nearly to perfection - check out an external view of your ride during an instant replay, and in 3Dfx mode you can even see reflections of buildings and other cars.

Grand Prix World Champions doesn't even attempt to model the dozens of settings that affect the performance of a Formula One car - you can set the wings and brake ratios, choose tire types and fuel load, and tinker with the gear ratios. Some hard-core fans will be disappointed that they don't have more control over car setup, but for casual or intermediate fans, it simply means there's not nearly as much "setup anxiety" as you'll find in a game like IndyCar Racing II or Grand Prix II. Thoughtfully, default setups have been included for each track, but as with any sim, you shouldn't expect to turn in top times without making a few adjustments.

For gamers with force-feedback devices, Grand Prix World Champions is a special delight. It goes without saying that you'll feel the wheel or stick shake and shudder whenever you hit a rumble strip or spin out in the grass, but even on straightaways the tension of force feedback helps create the illusion that you're trying to keep a powerful beast under control. When I first tried the Microsoft Force Feedback Wheel with Grand Prix World Champions, my times weren't nearly as good as when I used my trusty Sidewinder 3D Pro and CH pedals - but with a little practice I found myself shaving up to a second or more off my previous lap times. Whatever game device you decide to use, though, keep in mind that you should opt for some type of analog input for brakes; a digital joystick button just won't kick the brakes in as quickly as you need.

Championship mode is obviously meant to be this sim's biggest challenge, but unfortunately it's also where you'll find a near-idiotic design implementation: There's absolutely no way to get out of championship mode once you begin qualifying for the first race on the tour. That's right - even if you exit the game and load it again, you must either continue with the championship precisely where you left off or abandon it altogether. True, you get to practice as much as you like on each track, but what if you feel like playing just for fun on a different track after you've begun a championship? This is beyond annoying - it's simply inexplicable.

Aside from that flaw and the aforementioned limited car-setup options, about the only knock I have against Grand Prix World Champions is the instant replay feature. Don't get me wrong: It looks almost like a TV broadcast, and you can access all the viewing perspectives for any car in the race. But the only way to manipulate the replay footage is by switching views or pausing it, and without an option to fast-forward, you have to watch from the beginning until you reach the incredible moment you wanted to see - and the absence of a rewind means you have to go through this every time. Hey, I appreciate the inclusion of replay - Test Drive Off-Road 2 doesn't even have it - but without fast-forward and rewind (not to mention the ability to save a clip), it's not nearly as useful as it could be.

Johnny Herbert Grand Prix World Champions might lack some of the features and realism options found in higher-priced Grand Prix sims, but it makes up for those shortcomings by delivering pulse-pounding excitement and top-notch graphics at a price that anyone can appreciate, especially during the holiday season. It's nice to know that small game publishers can still compete quite admirably with the big boys. 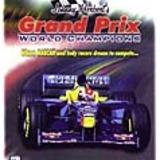 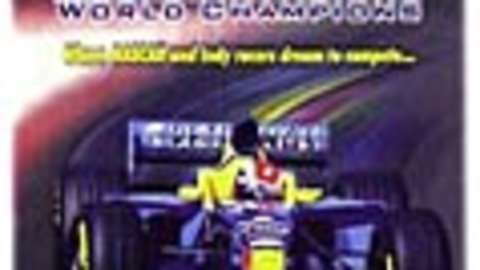